Sightline Maps Puts Pieces of the Globe into Students' Hands

With 3D printing expanding into an array of industries, from the medicine to aviation, a number of different companies have been focusing on the education sector because, let’s face it, children are the future and all that (plus they are far more technologically advanced than most of us were at their age). A new web-based platform called Sightline Maps is focusing its attention on using 3D printing to infuse STEM (Science, Technology, Engineering and Math) learning into non-STEM topics, like geography and geology, in schools.

The software instantly and seamlessly converts topographical mapping data to STL files that are optimized for 3D printing. Sightline Maps gives users the opportunity to select an area of the world, and either download the STL file for free (provided they share their projects on social media to help spread the word), or for those who don’t have access to a 3D printer, have their 3D model printed and shipped to them.

Want to have a model of the hill next to your house? No problem. Want to print out the mountain you got engaged on as a reminder of the day? Sure thing! Want to print the whole world? Can do, although it would come out fairly flat as mountains don’t stick out as much as you might expect when you print out a very large area.

Sightline Maps started out 12 months ago as a possible solution for the need of a tool to easily create physical, topographical maps for the military, but evolved into something that could be used in other industries as well. Ben Judge, an officer in the Navy Reserve, partnered with Sam Corcos, a fellow classmate at Claremont McKenna College and skilled developer, who was set to the task of building the Sightline Maps platform. The team then connected with Jason Ray, an additive manufacturing expert for the Navy, now a consultant, and joined them to help develop their vision.

“With the emergence of 3D printing, people have the ability to create unique items and visualize concepts in new ways that were once impossible. Sometimes a 2-dimensional image is not enough. With Sightline’s technology, we plan to show people the world in a way that they have never seen it before, by giving them a chance to hold a piece of it in the palm of their hand,” explains Ray.

The team’s plan is to introduce the software to schools around the globe to help teachers and students take advantage of emerging technologies in education, such as 3D printing. If a picture is worth a thousand words, then a 3D model of that picture is worth a thousand more. The Sightline team believes that, if students are able to hold a printed model of a part of the world in their hands, it will enhance each child’s educational experience.

During the 12 month planning and testing period, the team have been working with a number of partner schools. “The early feedback is very positive. Teachers are excited about the ability to infuse STEM learning into non-STEM topics,” says Ray. Courses like geography will benefit from the integration of Sightline Maps in the curriculum. The team are also in the process of developing case studies that will help teachers maximize the value of using Sightline Maps in a learning environment.

Although users without 3D printer access will have to pay for their models to be made, Ray says their rates are usually 50-75% less than other sites, but users are free to download the file and use any other service they choose to print their map. Because their main focus is on education, they want to offer the best rates they can for schools, “As we continue to develop new features, we plan to roll out a subscription-based package for use in educational institutions,” says Ray.

Working in conjunction with MapBox, the platform that powers Sightline Maps’ data and UI, they are able to provide access to worldwide, comprehensive topographical datasets. Matthew Irwin, from MapBox, says, “Maps make geography visual, and Sightline makes maps tangible. Sightline took complex data and made a beautiful, intuitive application: draw a box, and the rest just works. Students will be able to hold terrain – pieces of the globe – in their hands. Makes me want to be back in school!” 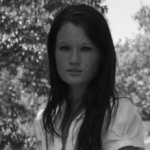