3D printing service Sculpteo is working to making the online printing process as painless as possible, creating a host of innovative, new tools for users.  Most recently, the company developed a method for easy multipart printing in a single purchase.  Now, Sculpteo has attempted to tackle one of the most annoying areas of 3D printing, models with areas that are too thin to print.  The service bureau’s new Thickening Tool allows for the automatic thickening of models for free, without the need for a third party app. 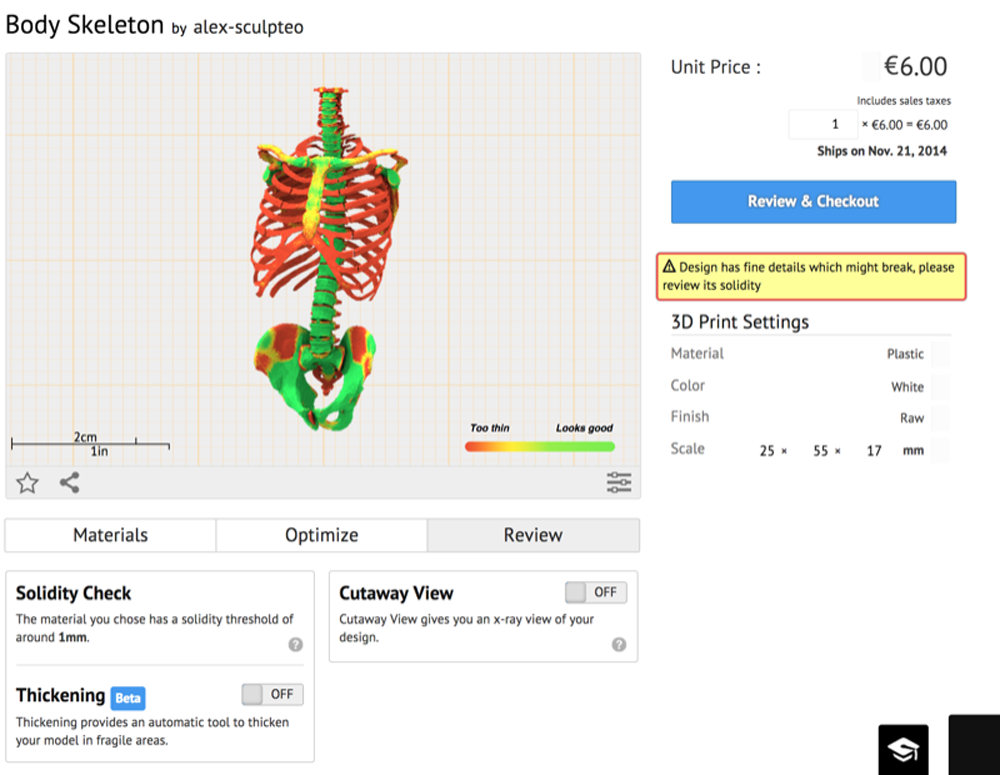 When uploading a design to Sculpteo, you’re taken to a review process before printing, in which weak spots in the model will be highlighted in red or orange.  The new tool is now included in the review screen with a simple on/off switch.  Switching to “ON” activates the thickening process, which, according to Sculpteo’s blog post detailing the process, “recreates a new mesh that envelopes your design”.  Your design is then presented all in green, indicating that it no longer has any weak spots and is ready to print. 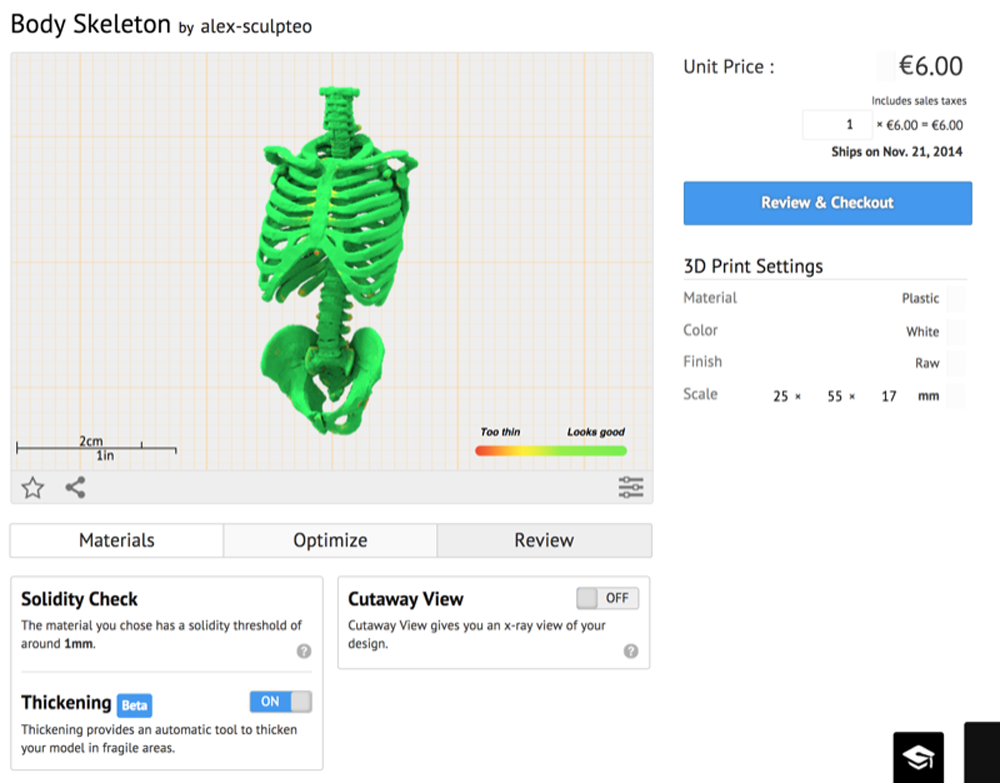 In a previous post, I detailed my journey to 3D print a model of drag queen Manila Luzon as a birthday present for my wife, Danielle.  The artist who created the model for me had no previous experience with designing for 3D printing and, as a result, the model had more than a few weak spots that he had trouble eliminating.  I attempted to upload it to Sculpteo, Shapeways, and i.materialise only to find that it was too thin in places to print.  I then tried Photoshop CC’s automatic thickening tool, which inflated my design, turning Manila into a hideous troll doll.  In the end, I had to use an independent 3D printing bureau, whose engineer had to fix the model manually (which would typically come with a fee).

I uploaded my model to Sculpteo to test the Thickening Tool out, but the little pinwheel’s been spinning for more than an hour now.  It could be that my model is just too screwed up or that the tool still has a few bugs, as it is still in Beta.  If it does work well, though, the company explains that their Thickening Tool doesn’t inflate the design.  Instead, the company believes, the original design is preserved altogether, though they suggest that you should still double check your design before printing to be sure.

This is just one of many different factors to consider when selecting an online service bureau – which may also include ease-of-use, customer service, cost, and more – but, as someone who lacks 3D modeling skills but still loves 3D printing, this makes Sculpteo a pretty appealing choice over other services.  I’ll keep the window open and the pinwheel cycling to see how it turns out!