Qatar University has turned to 3D printing to check whether the ambitious designs for the 2022 World Cup stadiums will actually work.

The Middle Eastern nation is famous for its searing heat and the biggest competition in the football world has already moved from its traditional summer date to November. Air conditioning will also come as standard in the stadiums themselves.

There are still concerns, however, as Qatar endures dust and sand storms in the winter months and the country intends to use the stadiums year-round after the tournament. 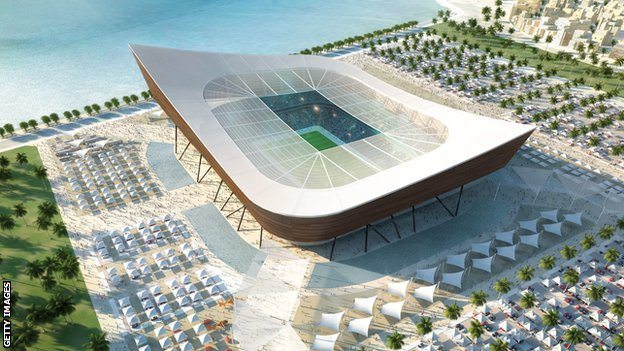 At least eight stadiums will be built for the World Cup and Qatar wants to put on a show, so it has drafted in architects that included the late Zaha Hadid, Al Bayt and Al Wakrah to create visually stunning stadiums.

Al Bayt created a stadium with sweeping lines that resemble a Bedouin tent, which is all well and good from an aesthetic stand point. Now, though, the authorities have to be sure that the proposed designs will work in the desert before spending up to $10 billion turning the plans into reality.

The wind may change the design

The University has been drafted in and they are 3D printing scale models of the various stadia before placing them in a wind-tunnel.

“We’re looking at aerodynamics, how changing the shape of the stadium affects the dust, heat and wind inside,” said Saud Ghani, an engineering professor at the university. “Qatar wants venues that can be used all year. They don’t want white elephants.”

The precise models head into the wind tunnel and then smoke takes the place of the sand storm. Markers on the models work with lasers and high speed photography to analyse the airflow and to ensure that a simple design flaw doesn’t render the whole stadium useless.

Small changes can have a big impact

Simply raising a wall by a few metres can mean the difference between keeping a sandstorm at bay or creating a dust bowl.  Even hot air flowing in to the stadium would make it uncomfortable and borderline unusable in the worst of the winter storms.

“The idea is to stop hot wind getting in. Like an open-top car, you want air flying over not swirling inside,” said Ghani.

Models like this are common practice in the automotive and aerospace industries. It’s a novel use of the technology, though, and it’s impressive to see how 3D models of a building can prevent hugely expensive mistakes later on.