After announcing its upcoming Stainless Steel and Magnetic Iron PLA filaments for 2015, Vancouver, Washington-based filament producer Proto-pasta is now going electric by launching a Kickstarter campaign for its Electrically Conductive PLA Filament, just ahead of the company’s participation at the International Consumer Electronics Show (CES) in Las Vegas.

Truly conductive filament has been eagerly awaited by Makers everywhere and the KS campaign was immediately successful, reaching its, rather conservative, $2,250 goal well ahead of the campaign’s conclusion. Having done most of the research and testing already, Proto-pasta does not need large amounts of money to kick off large scale production through their own extrusion system, built in-house.

The Kickstarter campaign can be seen as more of a marketing promotion as well as a way for Makers to reserve their conductive filament and get it as soon as it become s available. The possibilities for truly conductive filament are endless and Proto-pasta assures that its product can be as much as 60 to 700,000 times more conductive than readily available 15 ohm-com filaments (the Ohm is a measure of electrical resistance). 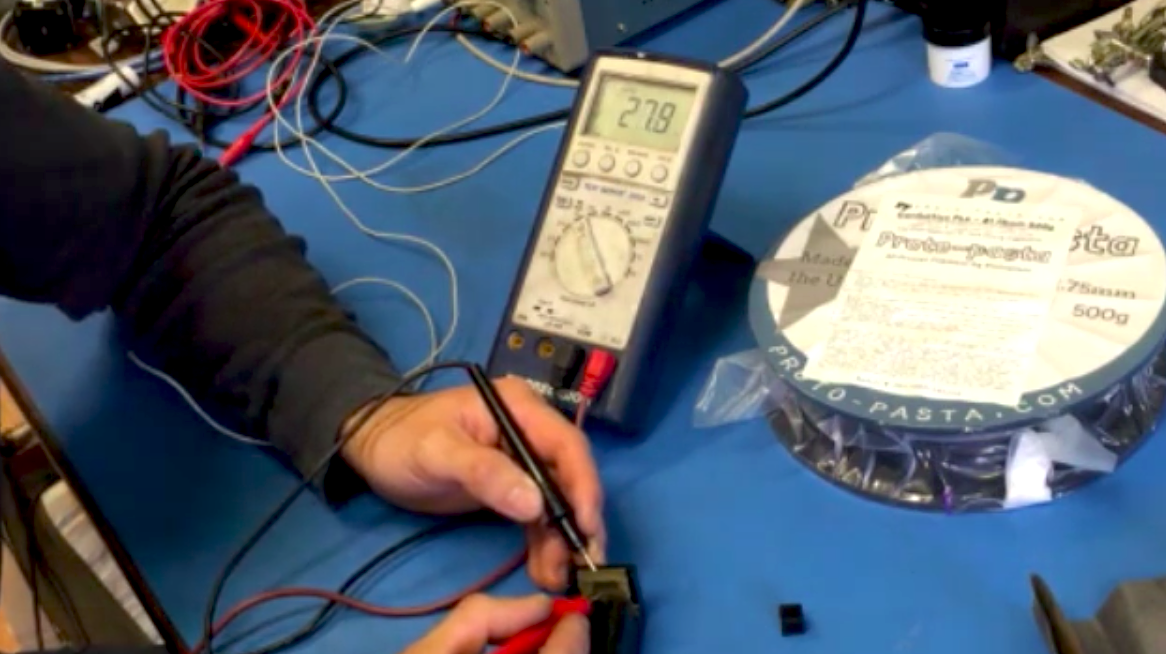 In fact, according to the Kickstarter page: the material’s volume resistivity (a property that quantifies how strongly a given material opposes the flow of electric current) is 15 ohm-cm as a pre-printed, molded resin; 30 ohm-cm for 3D printed parts perpendicular to layers; and 115 ohm-cm for 3D printed parts through layers (along the Z axis). The resistance of a 10cm length of 1.75 mm filament is 1.8 Kohm, down to 600 ohm for 2.85 mm filament (both are available).

Made out of Natureworks 403D PLA, a dispersant and conductive carbon black, it can be used together with other PLA materials and is also quite flexible as far as PLA-based filaments go. It can be 3D printed at 230° C (hot end) with a recommended 50° C plate temperature. To help you better understand what you could use it for, Proto-pasta has included a few interesting examples among the KS rewards for supporters. 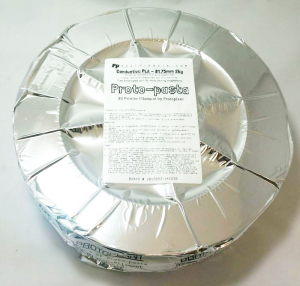 A spool will cost between $15 (for 125 grams) and $142.50 for a giant 2000 gram spool, which will give you approximately 672 meters of filament to 3D print with. The creative rewards include: the $20 Stylus Kit (a conductive 3D printed pencil shape); the $24 Creator Kit with 9V battery, 2LED’s and flashlight files; or a $75 Game Controller Kid, offered in partnership with Makey Makey. Just based on these examples there is no doubt in my mind that many Makers’ metaphorical light bulbs just lit up and that we are going to see a lot of interesting electrical inventions this year.

For more information – and to watch their promotional video – or to support their campaign, visit their Kickstarter page.