Arduino-style microcontrollers have, in part, galvanized the Maker movement. With low-cost boards, it’s become easy for anyone with less than $100 and computer access to start creating their own programmable gadgets, inspiring a vast array of creative inventions, such as singing plants, EEG hacks and 3D printers themselves.  The programming platform has become so successful as to encourage the growth of whole businesses and industries. One such business is that of Ynvisible, which has gone to Kickstarter to launch a series of light, affordable and flexible printed electronics modules to expand the potential of DIY projects.

Ynvisible’s Printoo series takes the already extensive set of microcontroller modules on the market to new levels of usability.  Unlike previous modules, which are often made up of conductive components soldered onto stiff, (relatively) heavy PCB boards, Ynvsible is working with Conductive Inkjet Technology to produce light, flexible components. The paper-thin modules can be incorporated into a number of projects, previously impossible due to weight and rigidity restrictions.  For instance, their flexible LED array is shown on the KS page wrapped around a beer can to demonstrate unique opportunities for bending Printoo electronics.

More relevant to us at 3DPI, Printoo, which has partnered with BEEVERYCREATIVE, enables users to bring 3D printed projects to their fullest potential. As 3D printer users are well aware, 3D printing allows for the production of hollow components. With Printoo’s light circuits, such weight-optimized designs as the 3D-printed Ziphius below can remain unburdened by gravity. 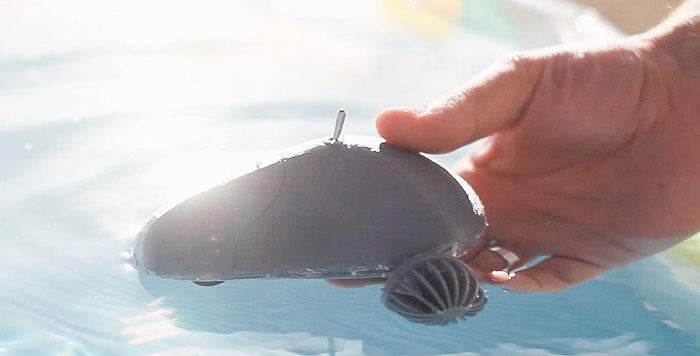 The large number of useful modules already in development by the Portuguese company are pretty astounding. The Printoo Core Module, which uses an Atmel ATmega328 microcontroller with 1.8 – 5.5 V and 32 kB of flash memory, is only 35 mm x 35 mm (1.38 inch x 1.38 inch), less than 2 mm (0.08 inch) thick and weighs 4 g.  Aside from the core module, Ynvisible and its partners have already developed working prototypes for all of the following:

With such sweet components, it’s no surprise that the KS campaign has already passed its $20,000 goal. I’m super stoked for Printoo and, if I didn’t have to save money for my honeymoon in June, I would consider backing it.  Watch the campaign video below and let us know if you’re equally ecstatic about the possibilities of Printoo: