3D printed objects are usually built up in horizontal layers by a printer head, light or heater passing across the printing plate horizontally, but what about printing the entire part vertically in one go? That’s what Continuous Composites is doing, and it could revolutionize the 3D printing industry.

This company has been working with various materials such as Kevlar, Carbon fiber, Fiberglass, Copper and Fiber Optics, printing multiple materials at one to create one ready part. This method can not only print several materials at one, but can also print functional moving parts with no need for assembly. Continuous Composites is calling this new method ‘Continuous Scaled Manufacturing’ and it has the ability to speed up manufacture whilst cutting costs, even more so than 3D printing already does.

“We’re past the prototyping and proof-of-concept stage,” CEO, Jeff Beebout says. “It’s now ready to be developed for market.” The applications for this technology are endless, such as use in the construction industry, the manufacture of boats and the aerospace industry. The speed and low cost of this new process doesn’t sacrifice the quality of finished items either, despite the potential curing speeds of up to 1200 inches per minute whilst current prototypes are running curing mechanisms at a super low power level of less than 3AMPs. Running at such a low power level is particularly useful to users who are limited in the amount of power they can use, such as those using this technology in space or other remote areas. 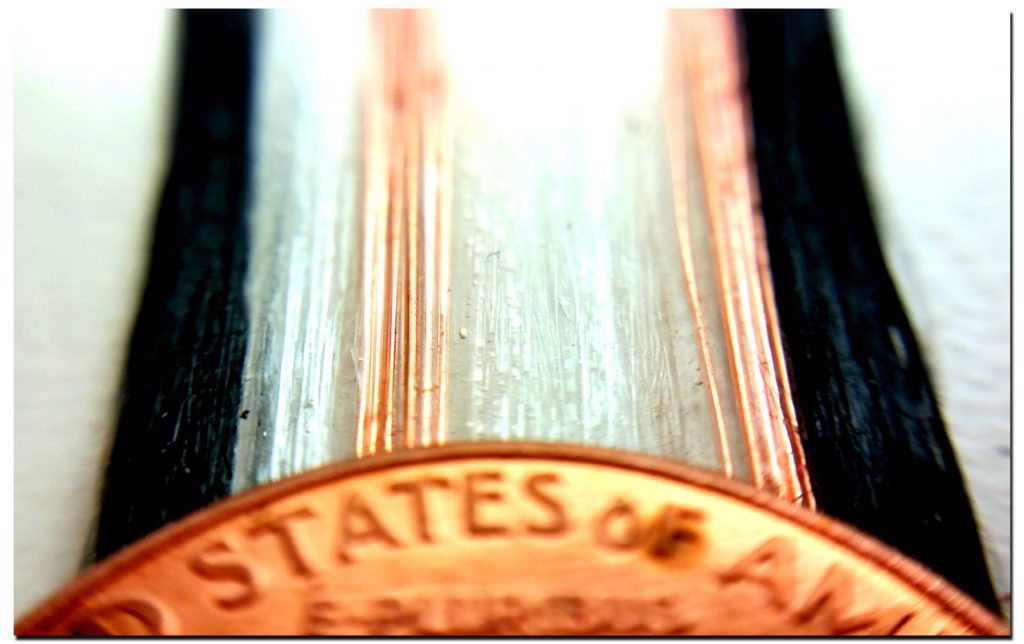 Ken Tyler, Chief Technology Officer for Continuous Composites was said to have first started exploring this method when he hurt himself on a stray strand of epoxy fibreglass and thought about the possibility of printing with the material. With previous knowledge of 3D printing as well a computer-science degree and CAD experience, he was working in the boat industry when “I was looking at the maker movement, melting plastic together, and thinking, ‘There’s got to be a better way,’” he says.

So how does it work?

Continuous Scaled Manufacturing (CSM) works by extruding epoxy at the same time as curing it with a UV light. Curing epoxy works differently to simply hardening plastic. The curing process is a chemical reaction, which creates an irreversible change in the molecular structure of the epoxy. This means the material is far stronger and binds well to itself as well as other materials. Many 3D printers tend to rely on a single extrusion nozzle, though Tyler has been experimenting with 8 and 16 channel nozzles to create tubular structures and fibrous strips. This allows for more than one material to be printed at once, whilst splitting the job and therefore speeding up the process.

“That’ll be the thing that excites people: when they see 16 print heads create a building in one day,” Tyler says. “It’s something we’ll be able to do in the next few years if things keep going well.”

This new process is also said to work well with the principles of generative design. 3D printing has the chance of creating weak spots, as each layer relies on the success of the previous layer. If a layer that has already been printed has an error, it is very likely to carry that error through the rest of the print. Tyler mentions how using algorithms as part of  CSM, these weaknesses and errors can be avoided.

“It’s perfect because we’ll be able to orient the fibers against forces properly to meet the constraints of the design,” Tyler says. “Being able to have this discrete control of the fiber, paired with these very powerful software tools, will allow us to make some really impressive objects.”

Continuous Composites can only grow from here.