In 2012, when the NASCAR Sprint Cup mandated electronic fuel injection for all of their car engines, it required a relay control box to control the power supply to the vehicles’ various sensors, actuators and fuel pumps. Existing relay boxes only contained two circuit breakers, while the new requirements would mandate seven individual circuits, leaving several circuits completely without protection.

Additive manufacturing consultants CRP USA and DC Electronics were tasked to create a new electrical enclosure that would satisfy the NASCAR fuel injection requirements. DC Electronics designed a new electrical unit, intended to be manufactured in solid-state form. Because a solid-state unit would have no moving parts, it would eliminate any vibrations caused by the motor and would reduce failure due to accidents.  Each circuit contained in the unit would be preprogrammed with all safe current levels and, if the current exceeded these levels, the breaker would automatically cut off the power and help prevent costly damage to the wiring harness. The design also included LED displays to make it easier for repair crews to spot any tripped circuits quickly, without having to open up the enclosure. 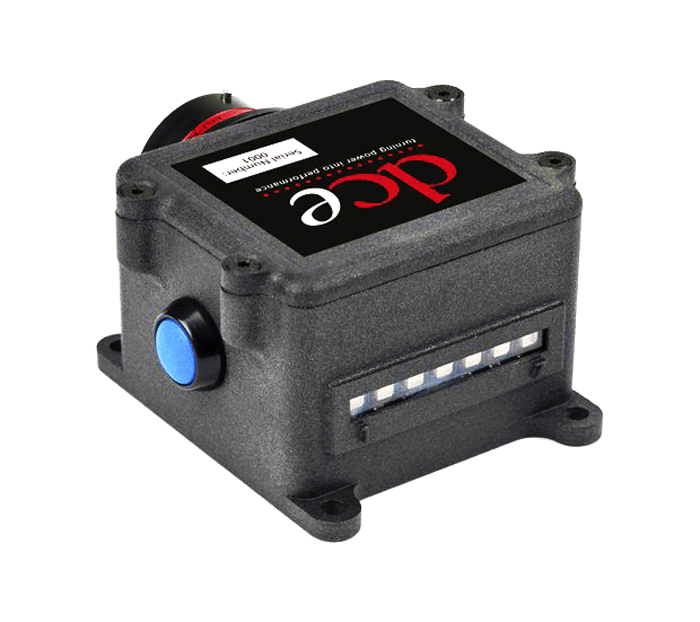 The criteria for the new box were that it be lightweight, strong enough to resist damage, capable of resisting any heat generated by the circuit boards, and that it could be retrofitted onto existing engine brackets,. DC Electronics tested multiple materials, including a machined billet box and a box made of carbon composite. They found the machined box was too heavy and cost prohibitive, while the lengthy lead-time for new prototypes of the composite material proved costly and impractical. They eventually settled on using a 3D printed box made laser-sintered from CRP USA’s new Windform LV 2.0 3D printing material.

Managing director of DC Electronics David Cunliffe explains their decision “The biggest factor that pushed us towards Windform was the speed in constructing the parts, the mechanical features of the material and the ease of delivery.”

The benefits of rapid prototyping are the speed and relatively inexpensive delivery of new prototypes, but cost plays a very large factor. Being able to produce several prototypes for what it would cost to produce a single prototype using traditional manufacturing techniques allows much more flexibility in the design process. The ability to continually tweak the design and apply it to the prototype also leads to a significantly more refined final product.

The final product was successfully installed and tested on the racetrack and found to be completely reliable by NASCAR, passing all of their new requirements. DC Electronics said that they were pleased with the 3D printed parts and would be using CRP USA and their 3D printing and rapid prototyping services for future projects.

0 0 0 0
More on this topicThe Colours, The Options: JewelDistrict Launches New Colours and Two-Toned Plating Options for Custom Jewellery Design
More on this topicCool Goggles from Concept to Final Use in 3 Days Using 3D Printing