NASA just released video of a rocket being test fired that was constructed from some of the most complex 3D printed parts ever used. The rocket is being tested for their new heavy payload manned vehicle Space Launch System being developed to replace the now defunct Space Shuttle Program. 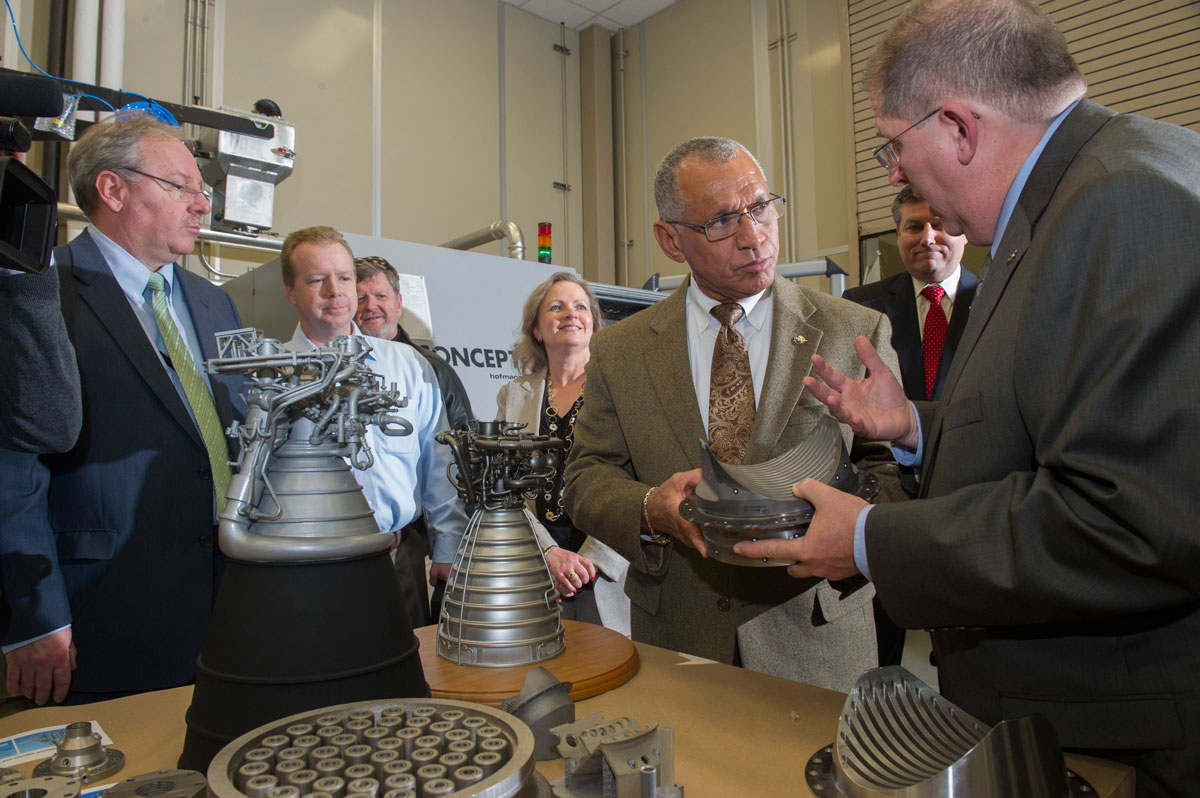 NASA seems to really be on a 3D printing bender lately. While any company can potentially benefit from the lower costs, fast turn around and development of previously impossible complex parts involved with 3D printing and rapid prototyping, for NASA it’s actually vital to their survival. But businesses are driven by profit and financed with private funds. Because NASA has no profit motive and is financed entirely by the US government, they are under an incredible strain to produce an ever-increasing number of technological advancements for an ever decreasing amount of money. 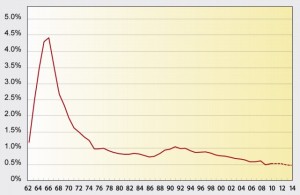 The general public tends to believe that as a government agency NASA has all of the money it could ever need to develop new rockets, in fact in a poll from 1997 many Americans incorrectly guessed that NASA required about 20% of the entire US budget. The reality is far more depressing, at the time NASA’s budget was only about 1% of the total US budget. Sadly, as of this year it’s fallen to a staggering low of 0.48%. NASA has been heavily exploring additive manufacturing because it really have no other options. Being able to reduce the costs involved with space flight is simply good for their budget.

When they decided to end the aging Space Shuttle program, the need for a replacement was obvious. However in a post recession world they needed to develop a program that would be considerably more cost-effective, and have a longer shelf life. While the Space Launch System (SLS) is controversial because it is more expensive to develop than other options, it is being designed to be highly adaptable to multiple types of missions. The SLS could be used for docking with the International Space Station all the way to facilitating a manned mission to Mars. An engine that powerful isn’t going to be cheap to develop, but laying a solid foundation that allows for future enhancement not simply replacement is necessary. Especially if the depressing trend of hemorrhaging federal funding continues. 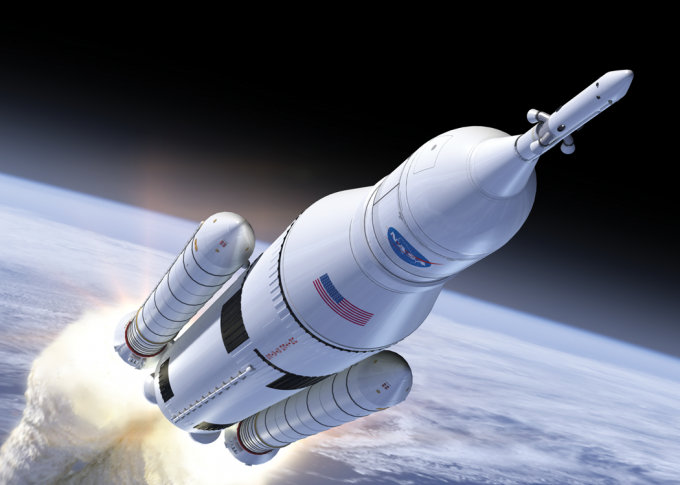 NASA says that the 3D printed fuel injection system contained in the rocket that NASA just test fired at Alabama’s Marshall Space Flight Center is one of the most complex rocket engine parts ever designed. It was printed using a Selective Laser Melting (SLM) process that uses an extremely powerful laser to liquefy a very fine metal powder into highly complex and durable parts. The process has been used selectively by the automotive and aerospace industries for a few years now, however it has only recently been used for a new line of advanced rocket engines. According to the engineers who are developing the rocket’s injector had NASA attempted to manufacture it using traditional methods it would have required 163 separate parts, however the 3D printing process required the production of only two components. Not only is that going to drastically reduce the cost of development, but less individual parts reduces the chances of catastrophic failure. 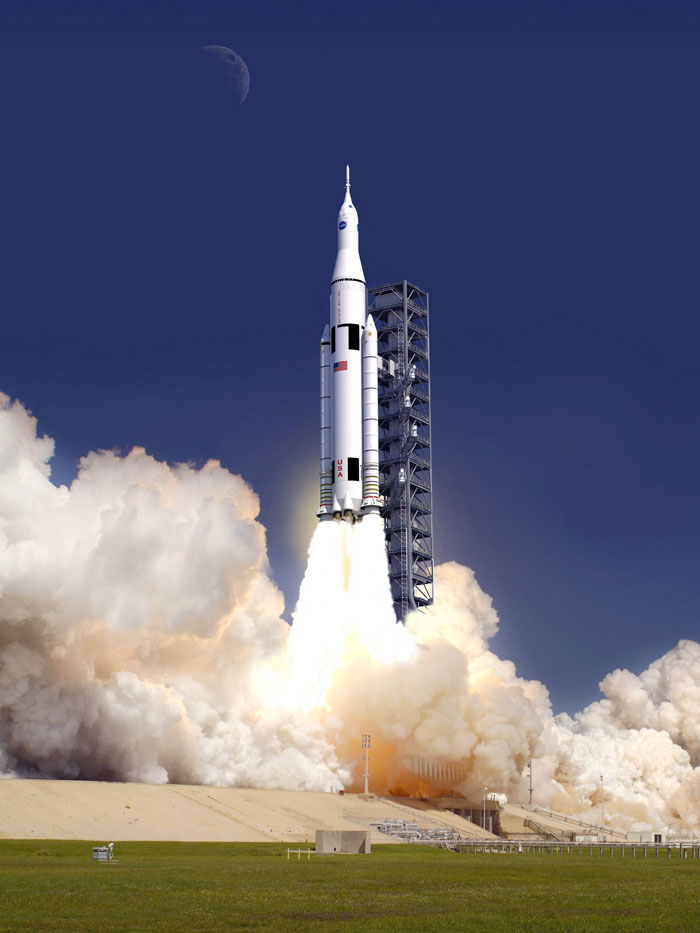 For the development of the injectors, NASA teamed up with two industrial 3D printing companies; Valencia, California’s Solid Concepts and Direct Manufacturing out of Austin, Texas, each producing a single prototype. The injectors are similar in design to the RS-25 engines on the original Space Shuttle that will need to be used for the first few SLS launches. It’s going to take four of the massive RS-25’s to get the SLS into low Earth orbit. Replacing an engine that large and complex isn’t going to be easy.

“One of our goals is to collaborate with a variety of companies and establish standards for this new manufacturing process,” Marshall’s propulsion engineer Jason Turpin explained. “We are working with industry to learn how to take advantage of additive manufacturing in every stage of space hardware construction from design to operations in space. We are applying everything we learn about making rocket engine components to the Space Launch System and other space hardware.” 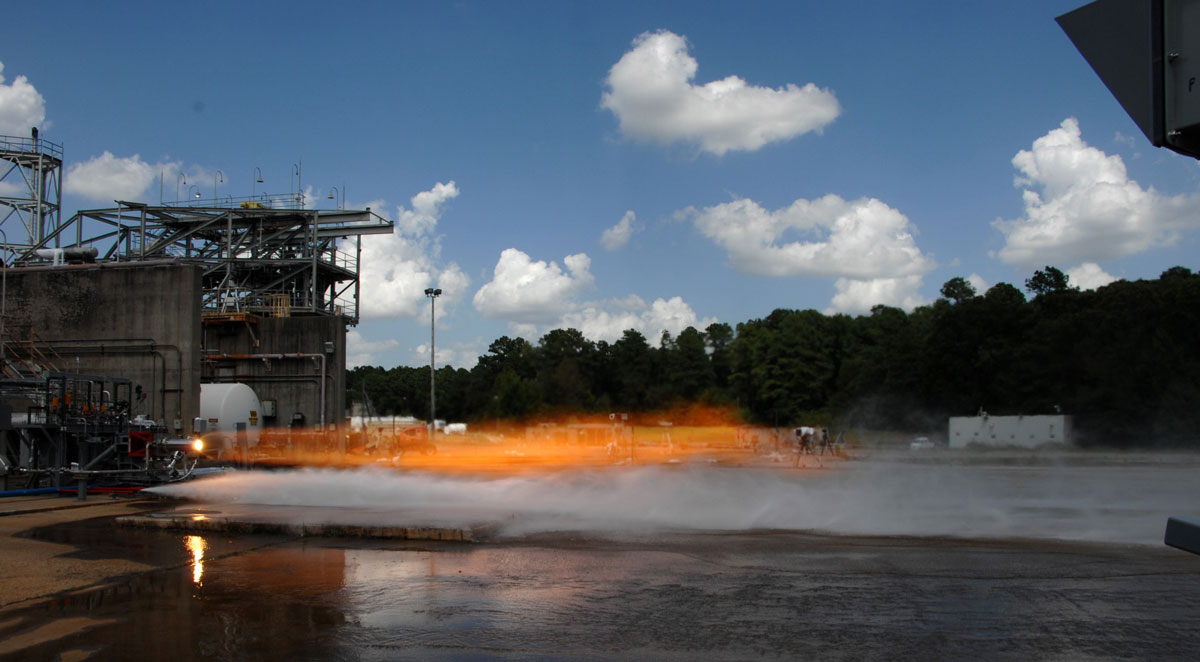 The test engines containing the 3D printed injectors were test fired for five seconds, each producing 20,000 pounds of thrust and reaching almost 6,000 degrees fahrenheit. Or really, really hot for our European readers. Here is a video of the rocket’s test fire:

When it comes to 3D printing, NASA is not messing around. Not only are they testing the feasibility of 3D printing their rocket engines, but they’re currently testing other less essential, but still vital components.

NASA has always been a forward thinking organisation, not only in terms of technology, science and space exploration, but in terms of maintaining the safe and secure development of their various missions when their budgets are often treated as political footballs. Exploring 3D printing isn’t just about NASA using new technology that’s available to them, it is also pretty clearly about securing a future where NASA can do what it’s always done, launch big awesome machines into space, only now on a tighter budget.