Liquidity Nanotech, a company which launched yesterday at TechCrunch Disrupt NY 2015, doesn’t seem all that impressive at first.  They are bringing the world yet another water bottle filtration system. Yippee, right? 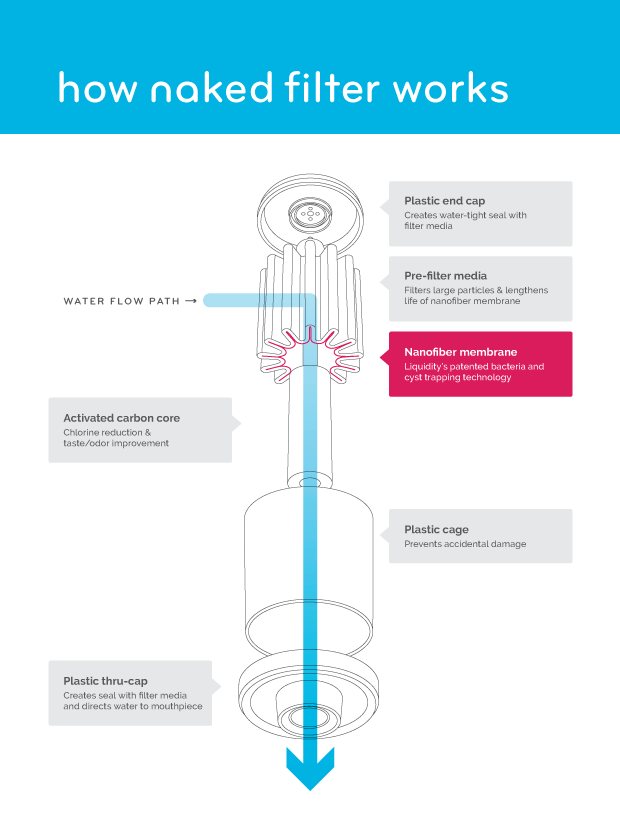 Wrong.  This company may not look like much at first, but once you understand who the team is and what they’ve accomplished, you will definitely change your mind.   First of all, they bring a ton of experience to the table.  The CTO  used to run 3M’s Worldwide Water Group; their director of technology used to be the technical lead at Brita; and one of the co-founders invented reverse osmosis (you know, that little thing that makes water desalinization a reality).  So, what’s under the hood of this seemingly normal looking water bottle that makes it so special?

Well, beneath the hood is a nanostructured membrane filter with .2 micron-wide pores.  This means that viruses and microbacteria are filtered out of whatever sketchy water you put in the bottle, before it reaches your mouth.  In order to create this nano-fiber thin membrane filter, Liquidity had to invent their own manufacturing process. Over the past 10 years, Liquidity has done just that, patenting a process called electro-spinning 3D-printing technology. 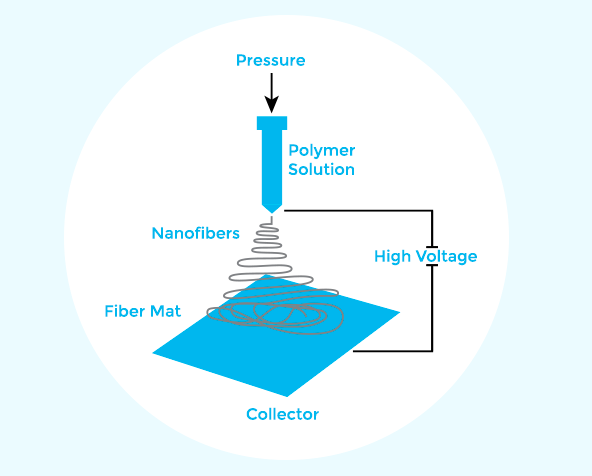 First, they begin with liquid polymer and a collector plate. Voltage is applied to the plate and polymer, which causes the liquid polymer to be drawn towards the plate. The polymer becomes thinner as it travels, so thin that, at some, point air resistance starts to influence the flow of the polymer, causing it to become convoluted as it falls on the collector plate. Eventually, the liquid polymer converts into a solid, which looks like a 3D mat of extremely thin, seemingly random fibers. This process produces highly flexible and durable membranes that can be produced in an array of different sizes. The actual electro-spinning process is nothing new, but the multi-nozzle system allowing for membranes to be manufactured to scale is Liquidity’s patented invention. The ability to control the size of the fibers allowed for Liquidity to reduce the membrane’s pore size down to around .2 microns.

Developed and patented out of Stonybrook University, Liquidity created the Naked Filter to directly address what they saw as a major issue: at-home purification systems don’t really improve the quality of the water, they simply improve the taste. The Naked Filter membrane is mostly open space (80-90%), which allows water to flow through it’s bottle at a similar rate to those without a filter, which means no wait time.  Instant filtration.

BioVir Laboratories (a microbiological testing facility) tested the Naked Filter’s tech and found that it met the EPA standard of 99.9999 percent bacterial removal.  Which means that it’s safe to drink.  The other cool feature is that, when the filter is toast, it simply stops water from coming through.  Though Liquidity is concerned with getting people on board, their recent successful Kickstarter campaign (backers could get a bottle and filter for $10) says otherwise.

We’re excited to see that they are officially one of 6 finalists at Tech Crunch Disrupt 2015, along with BioBots the low-cost 3D bioprinting start-up that we covered earlier this year.  We’re also excited to see new 3D printing technology being developed and used to create such a potentially beneficial product.