3DPI has reported on numerous hybrid 3D printing technologies, both industrial and desktop, at this year’s Bay Area Maker Faire, a unique 3D printing project will be unveiled for the first time that puts an entirely new spin on hybrid manufacturing. And it’s called Makerarm. 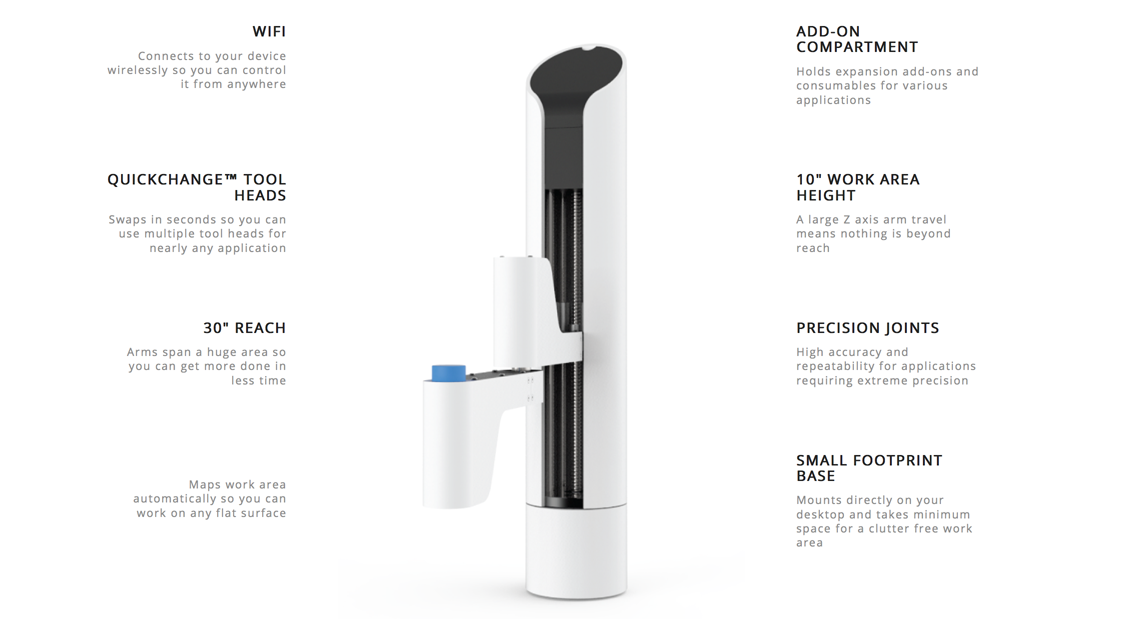 Makerarm is just what it sounds like, a robotic arm capable of all things Maker.  As a 3D printing device, the arm allows for 3D printing with a 10″ Z-axis and roughly 32″ diameter workspace on any flat surface.  The Makerarm can also use a 500mW laser head to engrave into plastic, wood, and leather; a high speed milling head for more durable materials; or hobby knife cutting head for slicing stencils and vinyl.  The device also features a plotting head for drawing and PCB assembly heads for making electronics, but the company also plans to give the Makerarm pick-and-place capability using suction, electromagnetic, or gripper heads. 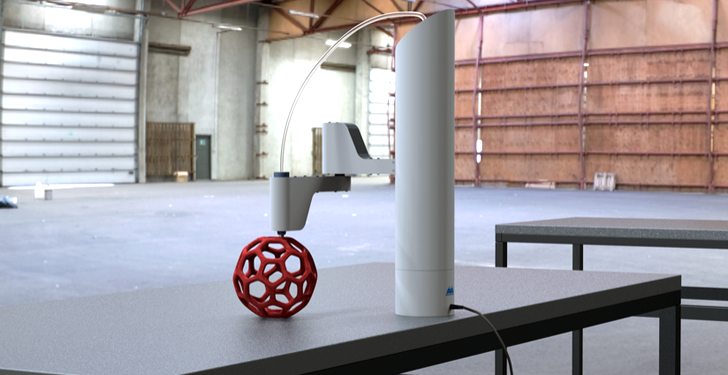 Pushing the second generation of desktop 3D printers further, the Makerarm is billed as being equipped with the features expected from current desktop 3D printers.  Not only does it have wi-fi, but it is also described as having automatic bed-leveling.  As the Makerarm is meant to be mounted to any surface, the arm maps out the work area before working, to ensure level printing.

We’ll have to see how it does at the MakerFaire, which is only ten days away, but the Makerarm is a promising piece of equipment and it certainly looks like it’s come a long way since the above prototype, from 10 months ago.  Imagine doing away with multiple, big pieces of equipment and replacing them with a single arm and its interchangeable toolheads.  Perhaps, one day, the Makerarm could even perform its work on a three-dimensional object.  Finally, such a device might even be mounted to other pieces of equipment, as an auxiliary device.  Those days may be far off, but the Bay Area Maker Faire is only just around the corner, where real people will get to see the real Makerarm in action.