Having been one of the very first firms to venture down the road of the new, consumer-targeted, 3D printing industry, Sylvain Preumont’s iMakr.VC has necessarily been leading the industry, exploring new directions that have inspired – and are inspiring – similar initiatives by other operators throughout the world.

It began with desktop 3D printers and full-color mini-mes, a product that has rapidly become quite popular worldwide. The iMakr team then realized that consumer 3D printing needed designers with specific experience and, thus, created the MyMiniFactory Academy to raise them in-house. Their projects and creations are shared through an open source business model on the MyMiniFactory network. Now, it is time to bring this all together into the MP5 Project. 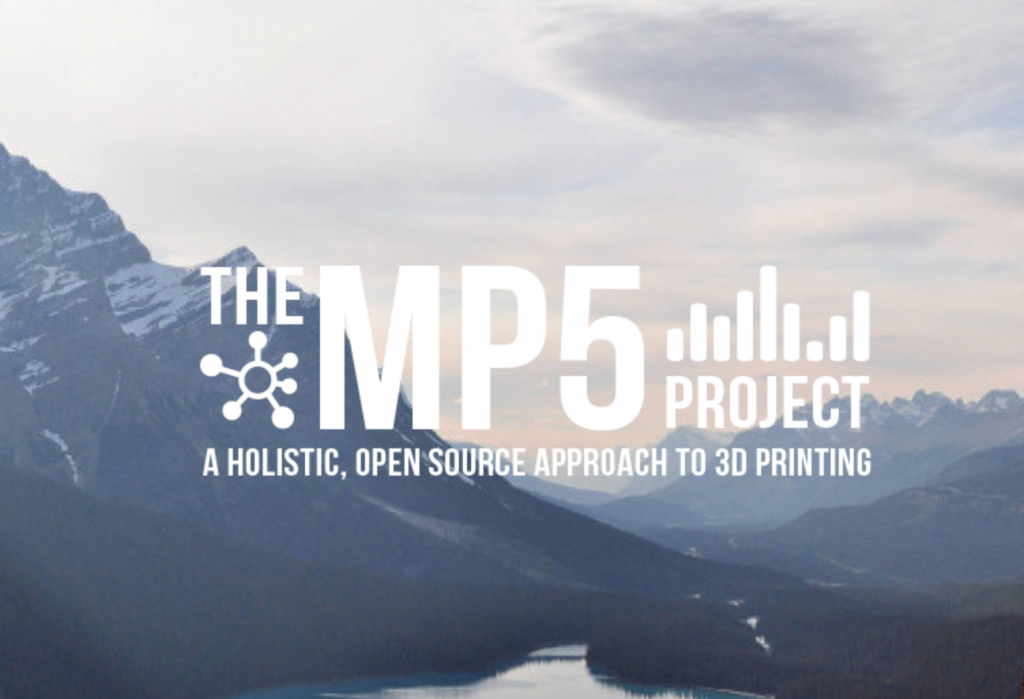 Led by Augustin Sanson, the MP5 Project is an open source platform that introduces a holistic approach to 3D printing. The concept of “holistic” is defined by Wikipedia as “characterized by the belief that the parts of something are intimately interconnected and explicable only by reference to the whole.” The way this applies to 3D printing is quite obvious, as the physical materialization of a digital design is the last component of a cycle that includes creating the digital design (through 3D modeling software and/or digital imaging technologies) and communicating it to the machine (through slicing software).

Inside MP5, the “Trinity” of the complete creative cycle becomes part of a pyramidal online dashboard to which everyone can contribute. The pyramid grows downwards, as each one of these three themes is split up into its basic components, called “bricks”. For example, the Design area is split up into File Formats, New Formats & Conversion Tools, and File Repair. The Slicing macro-area is split up into Layerization, Support Generation, Path Generation and Infill Generation. It is likely that, as the project grows, each area will grow into more bricks and each brick will split up into smaller and more specific bricks.

The MP5 project is developed under the GPL licence and seeks to move away from the current industrial model, which relies on off-the-shelf CAD software and applications that are not 3D printing focused, to create a fluid and optimized network to fuel 3D printing-based creativity and innovation, where everyone works as both three and one.

I can think of at lest one other very successful theory that combines “everyone”, “three” and “one” into a pyramid, and – although it is not exactly open source – it is also very closely related to creation. If MP5 achieves a fraction of that trinity’s success it would still be quite an achievement.