When you consider which media ride the hype and which ones can create it, Motherboard, VICE’s tech website, certainly belongs to the second category. The same is true about knowing when to stop (riding the hype) and a recent article by Mothrboard’s Angela Chen shows that that time has come for consumer 3D printing.

The good news for everyone involved in the business of 3D printing is that now that they hype is over, as Gartner showed in its famous New Technology Hype Curve, the real growth can begin, or continue. While better than most generalist media outlets, VICE (and Motherboard) don’t really always know the subject they are writing about. They cover too many different topics and 3D printing market dynamics can hardly be tackled in 300 to 500 words. The generalist journalist’s ability is in “perceiving” such macro-trends and pointing them out before the others do. 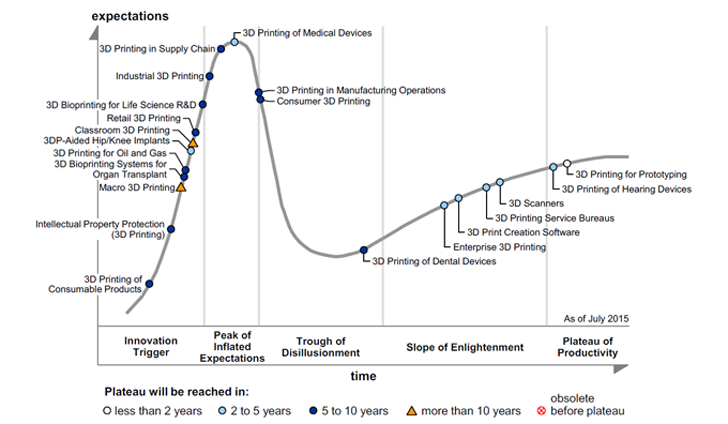 In fact, while it is undeniably true that the consumer 3D printing hype is dying down (finally), it is just as undeniably untrue that 3D printer sales are slowing down. By that I mean, any 3D printer sales, both industrial and consumer. The dream may have faded, but the reality remains, and it says that there was no possible way that every home could have a 3D printer within a few months, but market data says that it is very likely to happen within a few (say 15) years.

That is absolute normality. Any technological revolution, as disruptive as it may be, takes time. Take personal computers for example (not to say that they move along the same exact lines as 3D printers, but let’s use them for reference). According to this CNET article from 2002, it took 15 years (from 1977 to 2002) for them to hit one billion units sold.

Nowadays, technology moves faster, much faster, which may have been why people (erroneously) imagined that personal 3D printers could hit similar numbers within just a few years of their inception. However, 3D printers are also infinitely more complex than PCs – not so much for the way they function – but for all the elements they integrate: real physical matter, materials science, electronics, robotics, mechanics, software, and so on. Not just a bunch of bits.

Angela writes that people are not buying 3D printers and mentions Stratasys and 3D Systems consumer 3D printing bloodbaths, coupled with the horrible stock performances of all 3D printing companies, to prove her point. However, Stratasys and 3D Systems have very little to do with the real consumer 3D printing economy which – at this point – is still bottom-driven (because the numbers are too small). Check out the performances from smaller companies like Aleph Objects, Formlabs and Ultimaker. Or the Chinese and Taiwanese manufacturers. They are certainly not complaining. In much the same way that stocks have almost nothing to do with real economic data (they are tied to the hype), the 3D printing market behaves similarly.

Sure, there are no $100 printers on the market yet (fortunately), but there are some that are close to $200. Still, this is does not even really matter. A real consumer-ready (intended as mass market) 3D printer will not exist for a while and it will not cost less than $1.000-1.500 for at least another 20 to 30 years, just like PCs didn’t until almost forty years after they were invented (and some still don’t). 3D printers are not 2D printers.

Just a couple of days ago I was asked by Colibri, a Mexican 3D printer manufacturer which is really targeting consumers through software and low-cost 3D printers, what I thought would happen in that market in the near and medium term future.  I believe that as much as 90% of business volumes, if not more, is going to continue to be produced by high-level industrial 3D printers and 3D printing services, metal included. This means that HP or other tech giants are not going to be launching low-cost 3D printers anytime soon, having witnessed the bloodbath that they have been for 3D Systems and Stratasys, both economically and financially.

This also means that the road for small manufacturers is wide open and will be for several years as demand does exist, but not in the order of magnitude that it can interest the tech giants other than for media or marketing initiatives.

According to my very own personal estimates (which are quite random and solely rely on very subjective information and data) there are about 400.000 low-cost 3D printers in the world today. In order to start becoming an interesting market there should be at least 10 million, with sales of about 1-2 million machines a year. These are the numbers of a consumer market (and even so it would be a small market segment, with global yearly revenues of only $1-2 billion).

This means that all the small 3D printer manufacturers together still need to sell about 10 million machines before the big guys get seriously involved. How long will that take? I think about five years, with exponential growth after that to reach 100 million within the next five years and 1 billion five years after that.

The Motherboard article correctly points out that 3D printing applications are the new frontier. That is absolutely true. We need to find out how to fully exploit the technology and, judging by the amount of news that comes our way, we have not yet even begun to scratch the surface. Every one of us can find a use for a 3D printer, and everyone will sooner or later have one on their desktop, as I – of course – already do. 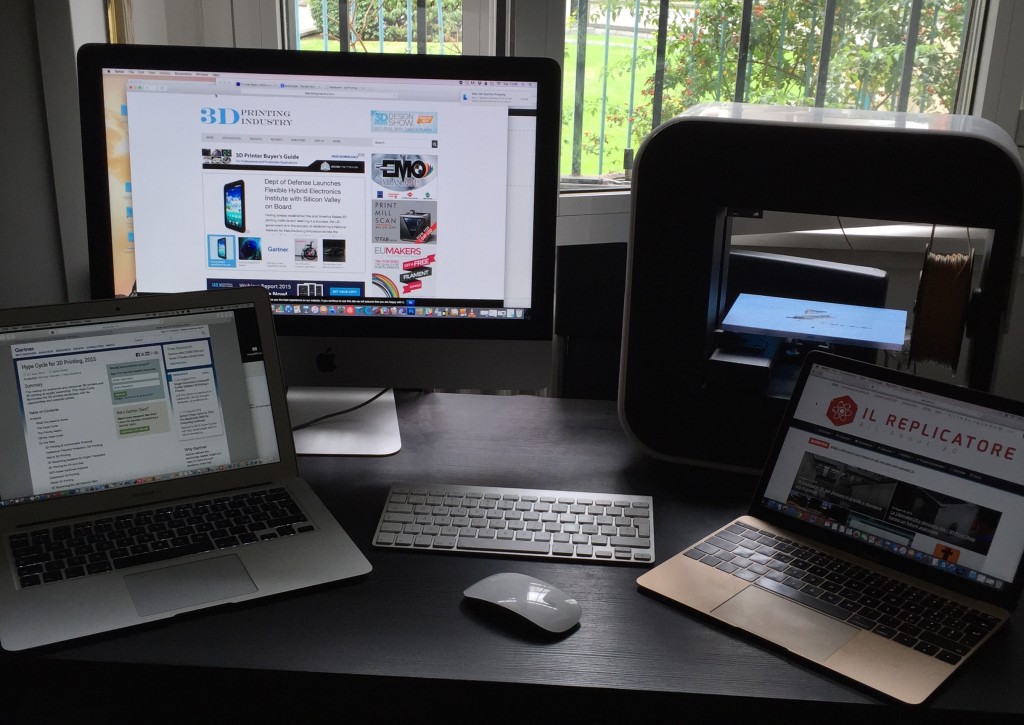