InterLatin, the Mexican manufacturer of the Colibri 3D printers, has been making waves recently following the announcement of an ultra low-cost consumer 3D printer. The company is now expanding its 3D modeling software range. To further support its push to widen the 3D printer market, the company now offers the Constructor software, available in free and paid versions.

Constructor supports STL, OBJ and CIL formats and allows the user to work with previously designed objects in order to create a new 3D model. Alternatively users can begin with a 2D drawing and easily transform into a 3D model. “With these objects in the computer, a user can effortlessly create a .GCODE file for easy printing, all of this under a simple, intuitive interface, which the user can customize”, said Ricardo Madrigal, 3D Printer Software Engineer Leader at InterLatin. 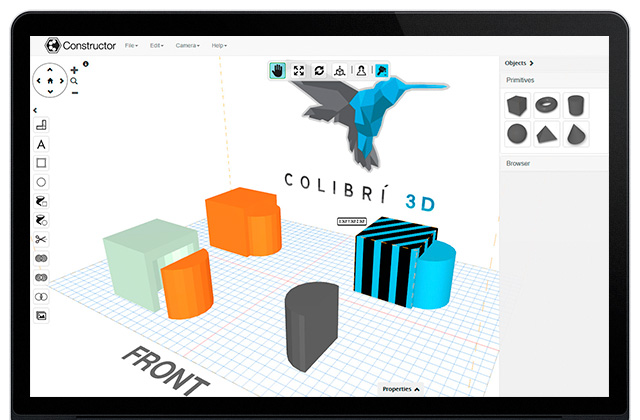 Constructor Pro, the paid version, is a powerful 3D printing tool that combines a set of design solutions under a simplified interface, allowing both professionals and beginners to create ready-to-print 3D models. It also allows users to repair damaged 3D objects that can’t be printed as they are, and edit STL objects through organic modeling, direct to a parametric modeling and then send to the 3D printer.

For those users without any previous design familiarity, InterLatin created a unique software called Blocks, which lets users create 3D objects by arranging a set of pre-designed cubes. “This is a very special software because it allows you to create 3D objects in the easiest way possible. You just need to place cubes and apply textures to achieve amazing objects, where the imagination is the only limit”, said Madrigal. 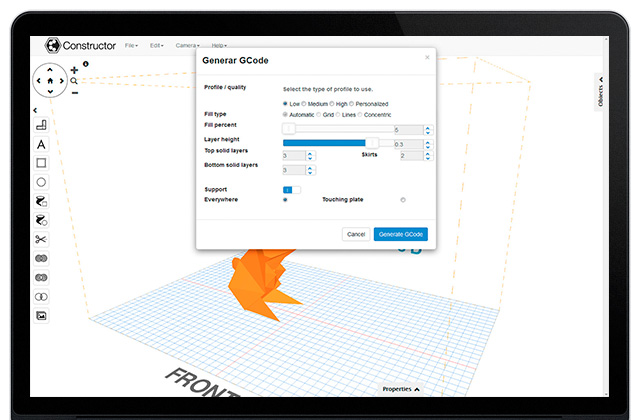 By offering an appealing combination of powerful hardware and easy-to-use but powerful software, InterLatin wants to consolidate its position in the Mexican market, and expand its reach to other regions of the world, specifically North and South America, for which it is currently in talks with potential partners for local distribution.

“If we want children, teenagers and adults to print anything they want, from school projects to cell covers, jewelry and hand tools, we need to give them an easy way to do it,” Ricardo Madrigal explained. It is alway fascinating to see how the entire world of 3D printing, from Asia to the Americas, from small to large companies, shares many of the same challenges and the same goals. Fortunately also the same passion.