For those who may be unfamiliar, 3D Hubs is one of the world’s largest network of 3D printer owners, and, every few months, they release an all-encompassing report detailing the latest trends within the industry. In the last 3D Hubs report released this past July, we saw a huge rise in registered 3D printers across the board, two delta 3D printers move into the top spot for highest rated printers, and took a look at how 3D printing hubs were fairing in various design capitals across the world. This time around, 3D printer registration is still growing exponentially, but 3D Hubs shows us who is the most successful of these printer manufactures, some changes atop the best 3D printing cities list, and also  the newest tropical destinations to adapt 3D printing into their culture. 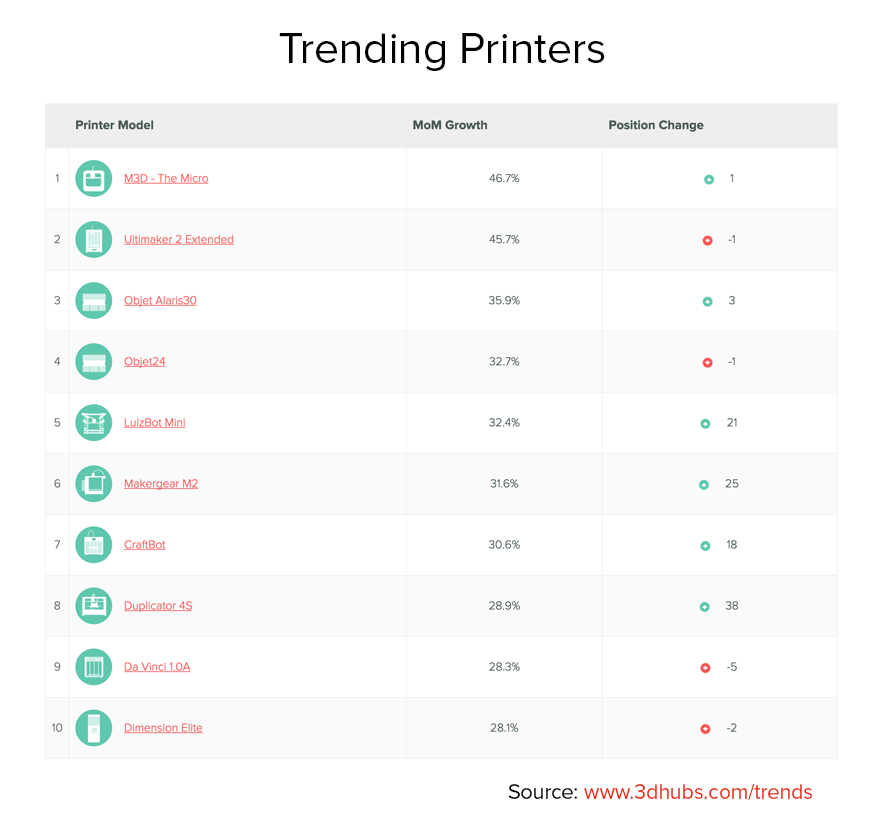 In big news for the recently shipped M3D Micro, the popular desktop printer overtook the Ultimaker 2 Extended’s lead for the top trending systems, going from second place in the last trend report to the very top of the list. Although the M3D has overtaken the lead from the Ultimaker 2, they are still neck and neck with less than one percent separating them. Stratasys’ popularity also continued to trend upward; their Objet Alaris30 and Objet24 printers now hold both the third and fourth spot, respectively. But the biggest jump of all came from the LulzBot Mini, recently reviewed by 3DPI, which rose 21 spots on the Trending Printers list to round out the top five. 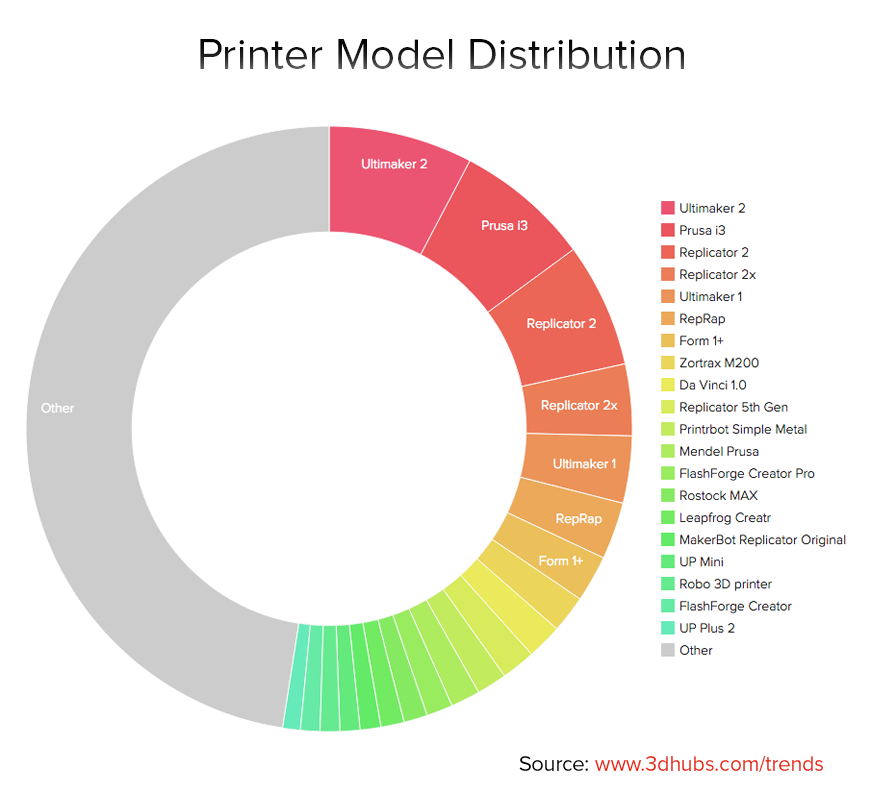 Although the report shows M3D as the top trending dog, that is not meant to discredit the recent success of the Ultimaker 2, which is still the most globally distributed 3D printer model. With a slight lead over the Prusa i3 and the Replicator 2, the Ultimaker 2 printer count has now reached 1,500 worldwide, after just reaching the 1,000 mark at the beginning of the year! It’s now the most owned printer in Europe, making up a whopping 11.2% of the total owned printers within the continent. The MakerBot Replicator 2 still reigns supreme in North America and Asia, remaining in the top spot with 8.7% for North America and 6.8% in Asia. 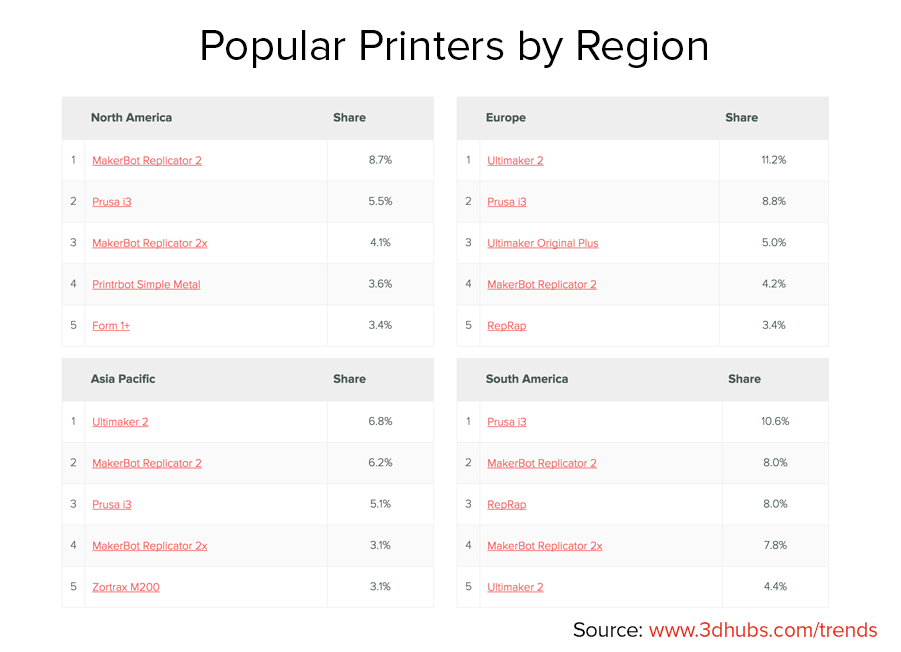 The top 3D printing cities remained pretty stagnant, still ruled by the top design cities such as New York, Los Angeles, Milan, London, and Paris. But the big news here is that the city of London, previously ranked fourth on the Top Print Cities list, is now dead even with third place Milan. Both cities have approximately 240 functioning 3D printers, but London’s fast growing 3D printing community should help them move ahead of the more stagnant city of Milan very soon. In addition to these reported changes in trends, 3D Hubs also welcomed some new tropical (and not so tropical) countries to the 3D Hubs printing community, which now consists of over 150 countries in total, including the new additions of Barbados, Iceland, Bosnia, and Liberia!

To pore over the Trend Report in depth, head over to 3D Hubs. And check out the community’s ratings of 3D printers below.