The RapidPro trade show is about to kick off in the Netherlands next month, which means that there may be some show stopping pieces hitting the floor. One artist known for large, math-based pieces is Rinus Roelofs, who will be unveiling something quite substantial at the event: a 2.3-meter tall, 3D printed sculpture. 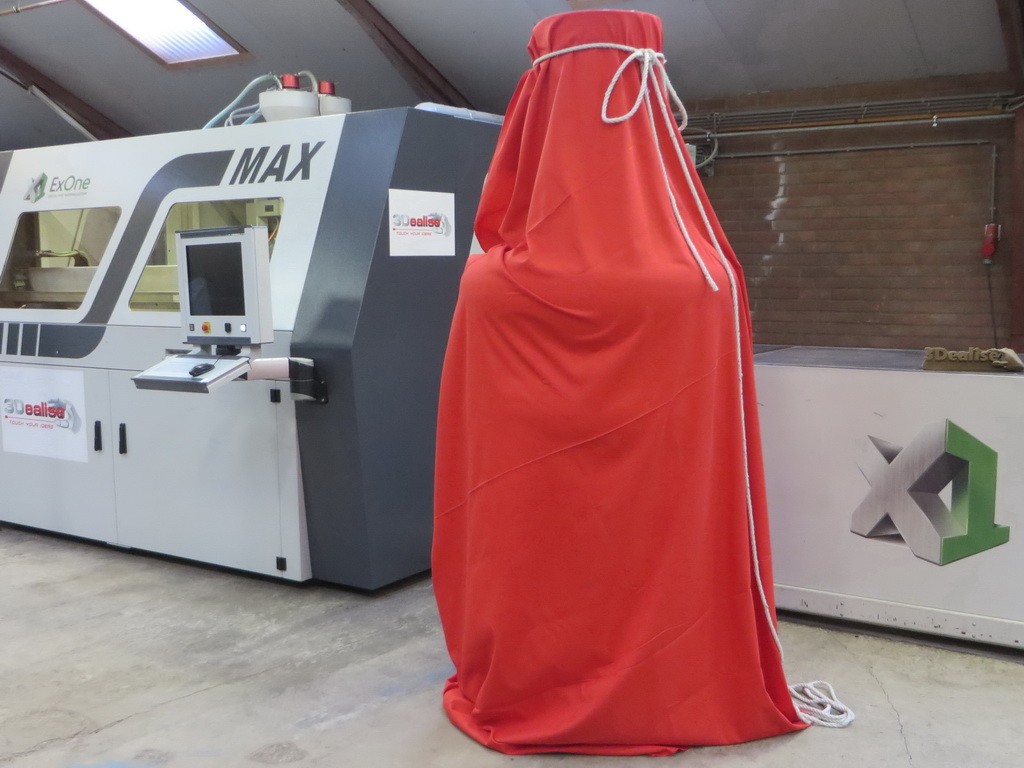 Roelofs has been digitally sculpting for the past twenty years, with 3D printing allowing him to bring his impossible shapes into the physical world with 3D printing. Until recently, however, there have not been machines big enough to create larger, outdoor displays. For RapidPro, the artist has been able to leverage the skill and large-scale 3D printers of engineering house 3Dealise who have aided Roelofs in 3D printing his latest outdoor piece.

From the looks of it, Roelofs’s 2.3-meter tall piece may be printed from an ExOne machine, meaning that it might be made from sand, which could have been used to cast a metal sculpture.  We’ll have to wait until next month at RapidPro to know for sure.