Italian automotive components manufacturer Magneti Marelli has turned to Milan’s TheFabLab to make 3D printing more accessible in the latest hackathon that the company organized during Italy’s most important Motor Show, which was held in Bologna this past week.

As one of the largest and most technologically advanced companies in Italy, Magneti Marelli is a very large adopter of advanced 3D printing technologies. That, however, works for creating new products that are linear evolutions of other previous products. That is why the company, which also specializes in telemetry systems for Formula 1,  launched the LapTime Club Magneti Marelli, a global initiative to promote online co-creativity for the next generation of new ideas. 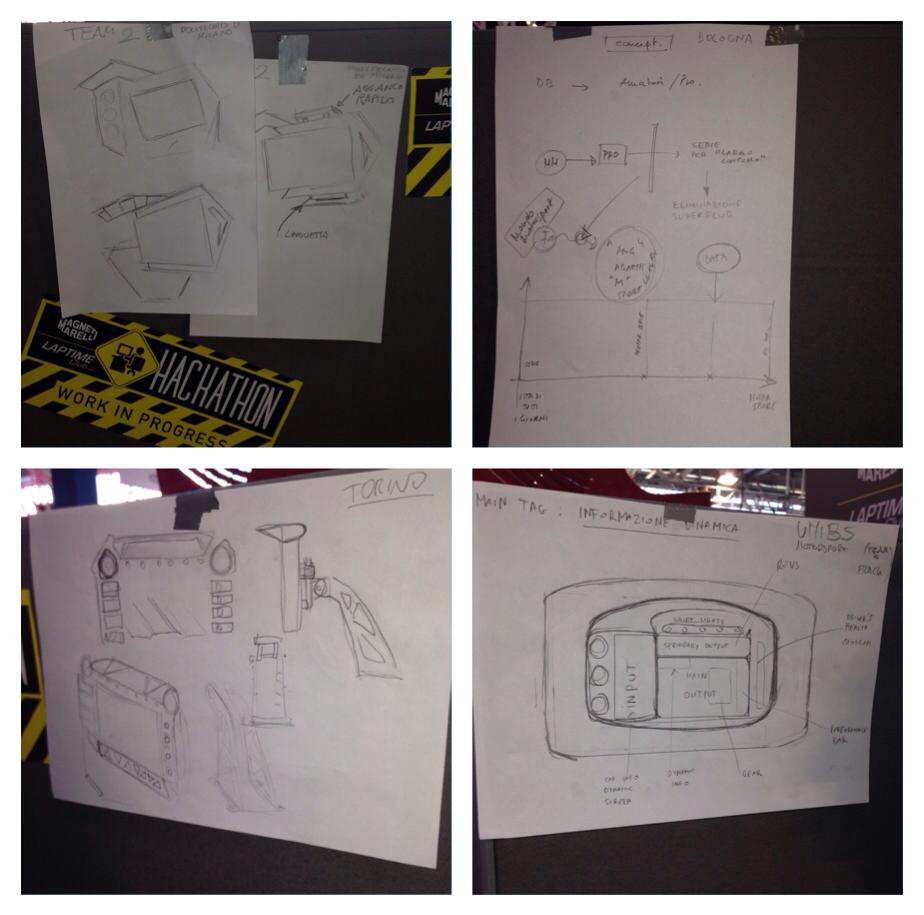 The virtual lab revolves around the system Wintax, a tool that analyzes vehicle telemetry vehicles during the race, showing the results of more than 3,000 parameters. For the MotorShow hackathon, Maurizio Scrignari, Corporate Communications manager at Magneti Marelli asked TheFabLab’s founders Massimo Temporelli and Francesco Colorni to set up a contest where students and designers from four of Italy’s leading Universities would design and develop a new dashboard to take advantage of the Wintax system in new ways. 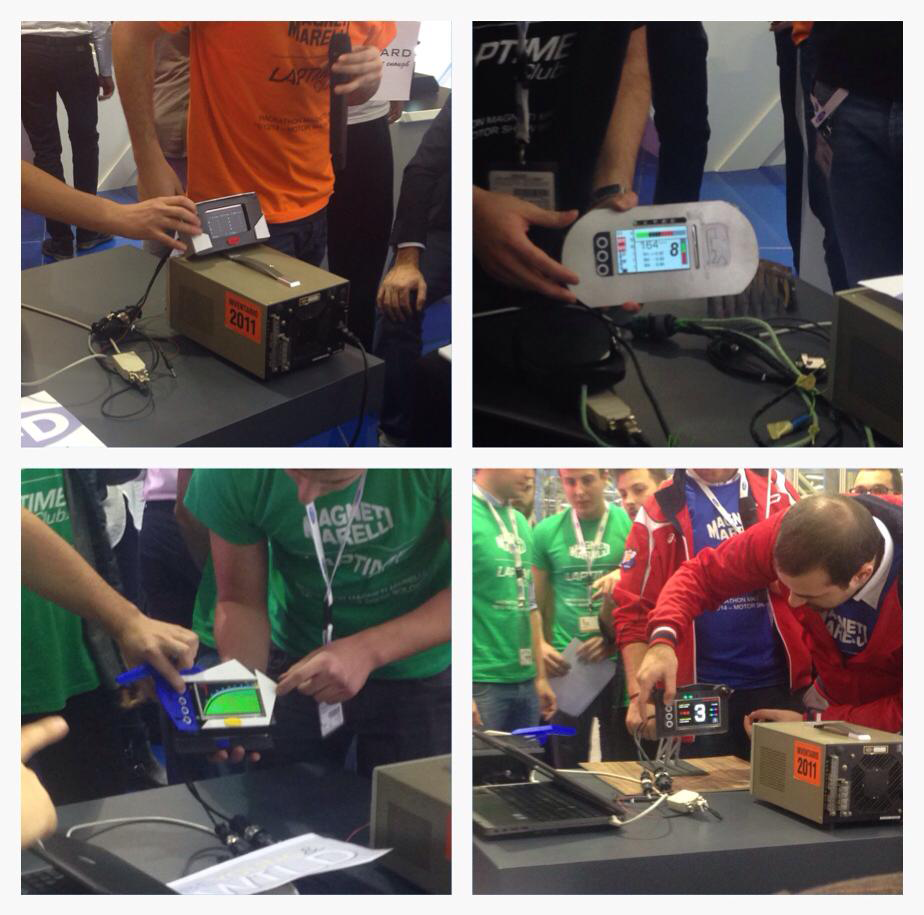 The competition, which took place from 10 am to 5pm on December 10th, tested the ability of the participants for implementing the use of digital production systems, including 4 desktop NG 3D printers provided by Sharebot. The students from the universities of Milan, Bologna, Turin and Brescia presented their project and the winner was the Politecnico of Milan’s team. 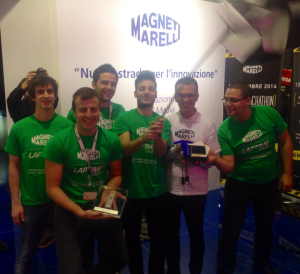 What impressed me the most, when speaking with Magneti Marelli’s Maurizio Scrignari was the incredible enthusiasm that he and his team showed for personal 3D printing. He, as many other large multinational companies, are fully aware that the high level rapid prototyping activities they do in their internal, often top secret, R&D activities, can greatly benefit from the “lateral thinking” that can come from FabLabs and 3D printing when these technologies are made available to the younger generations of future innovators.

In fact, during the previous day’s Innovaction conference, which presented the Magneti Marelli and other MotorShow activities, a lot of time was spent discussing what Italy’s companies and institutions could be doing to further promote creativity and innovation. The Magneti Marelli and TheFabLab’s hackathon event provided the answer: talk less and make more.