Katamari Rolls Over Thingiverse, Absorbing 3D Printables in its Path

As far as I’m concerned: No one knows how to make a video game like the Japanese gaming industry, thinking far outside of the box of typical tropes of killing soldiers and zombies and, more often venturing into the world of the absurd.  Personally, I prefer Rez‘s journey towards enlightenment to the rest, but there’s something whimsically wonderful about puzzle game Katamari Damacy that firmly establishes it as a true work of art.  Rolling a ball of objects that becomes bigger and bigger, adsorbing the entirety of existence, expands the purpose of gaming beyond entertainment.  And, now, thanks to 3D printing artist Arian Croft, you can make a Katamari ball that rolls across both the digital and physical worlds. 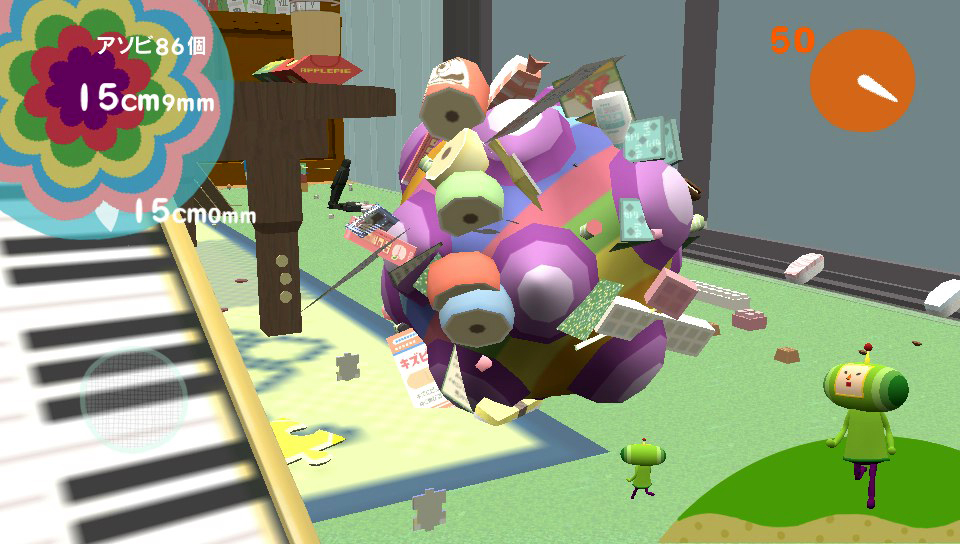 Through a new project called Katamari Roll, users can take a printable Katamari Ball on Thingiverse, and begin adding other digital objects to the blob.  Originally designed by Thingiverse user dontbekoi, Croft tells Motherboard, “I noticed that it both hadn’t been printed yet, and that, though left in a repository full of random objects, it had yet to be used to gather a mound of objects.” So, Croft began spinning the ball, adding a random piece of furniture and printing it out.  Soon, other Thingiverse users began adding their own contributions and printing them out. 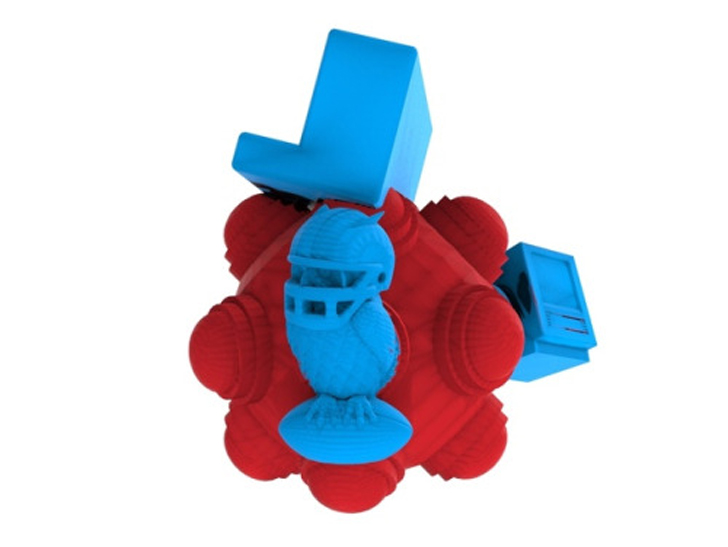 Soon, the project becomes a great way for promoting various models, while paying tribute to the world of 3D printables as a whole universe, with users throwing Left Shark or Paul McCartney onto the ball.  Croft says, “It took off on the first day, and the clump has gotten bigger and bigger since. It’s slowed down a bit, though as I document and more people catch on, it’ll grow, until, I guess, it can’t be printed anymore?” 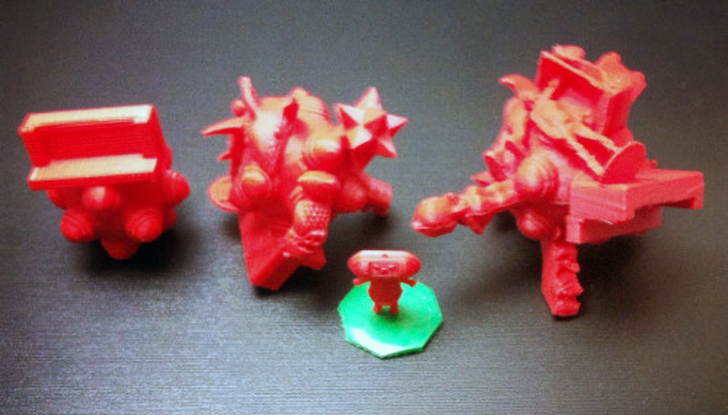 Croft adds, “Worst case scenario, we learn from mistakes, comprising future rolls of less complicated models (maybe taking it easy on the full-body scans of Sir Paul McCartney and such) and get better at it, much like you do in Katamari Damacy. As for how big… not really sure. It is, to my knowledge, uncharted territory.”

Personally, I can imagine the owner of a large-scale 3D printer – say a Cheetah or BigRep – creating something quite huge. Or larger prints can be made by assembling smaller parts. Then, Croft has a plant to 3D print the King of All Cosmos, who judges the size of a player’s Katamari ball before the time runs out.  What’s the time limit for a 3D printed Katamari ball? No stated time limit yet, but I’ll give it a year!

So, if you want to impress the King of All Cosmos, get to it: find a model on Thingiverse, add it, and print the Katamari Ball out.