What do you do when you’ve retired as a mechanical engineer? You build a giant, five-color 3D printer.  At least, that’s what you do if you’re James Chang.  The 45-year-old Taiwanese engineer has been working on his Super 3D Printer with the plan of making it able to mix colors using a CMYKW printing process. 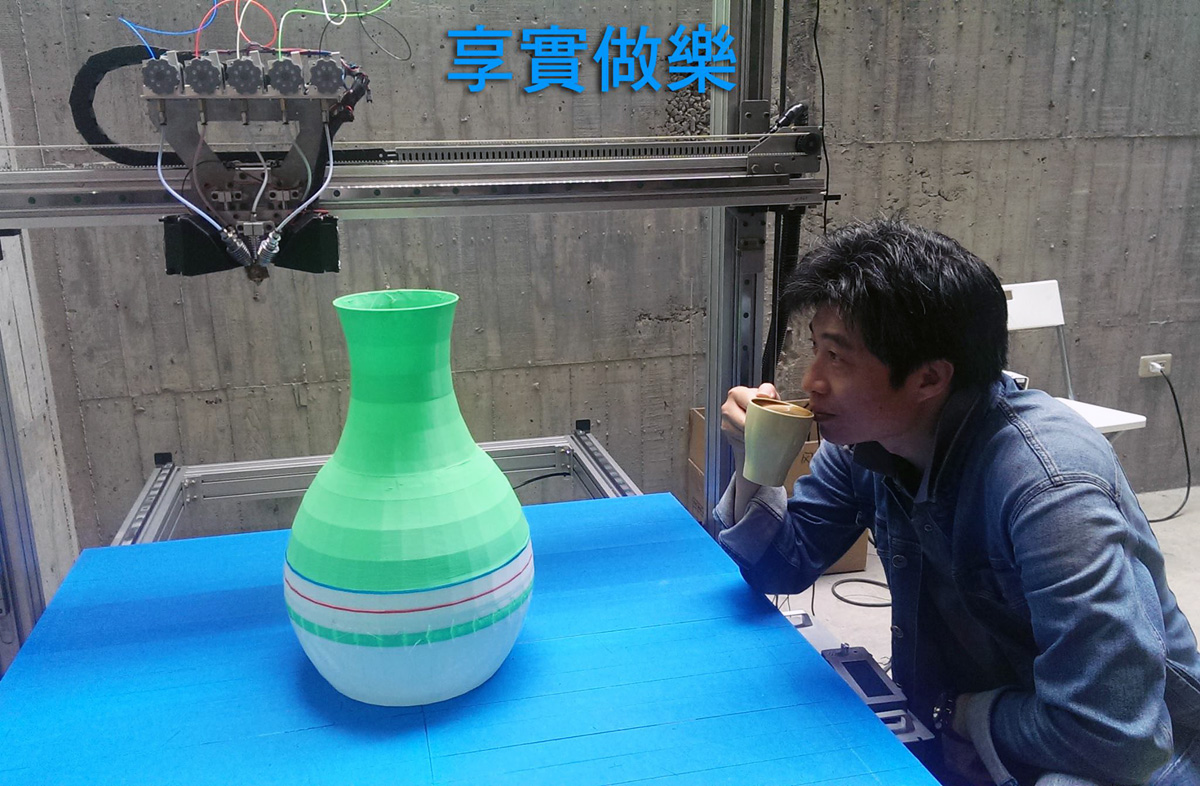 With over a thousand likes on Facebook, James’s project is gaining a lot of attention as the open source designer began posting the initial designs for his Super 3D Printer almost two months ago.  And the excitement is not surprising, with both the size of the machine its potential capabilities impressing all who see his progress. 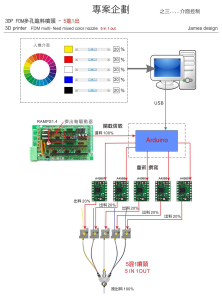 The Super 3D Printer is 1L x 1W x 0.8H (3.3′ x 3.3′ x 2.6′) in size and, if he can pull off the color blending technique, his massive printer will be able to mix standard cyan, magenta, yellow, black, and white filaments into any number of color combinations.  Though he has had some success mixing two colors with a 2-into-1 extruder, he is still researching the ability to combine all five.

I asked James why he was encroaching on such a massive project, to which he responded, “I decided to create the printer is that I want to print something larger, such as creative furniture and practical models in bigger size. However, I found none in Taiwan and to import one from abroad could cost me an arm and a leg! So why not make one by myself?” 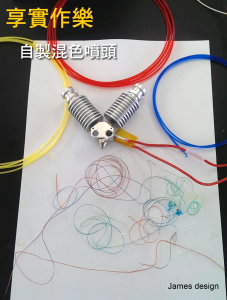 About his progress combining all five colors, he explains, “There is no ideal software to control CMYKW printing so far; I’m still working on the research and the effect of gradient colors is predicable. The initial thoughts of the printer was that I had trouble buying larger printing materials (3mm compare with the standard 1.75mm) and I hoped to print much faster (5 materials injecting at the same time.) All of a sudden, a new thought just happened to me that if I could print slowly with CMYKW injecting at the same time, it is possible to create a lot more colors. So I started working on it.”

I introduced James to BotObjects, which made headlines and brought skepticism with their own color blended printing technique.  BotObjects’ (hypothetical?) process works similar to what James is working towards: CMYKW filaments are fed separately into a single printhead where they blend together to create a pre-programmed.  While BotObjects has purportedly demonstrated the ability to gradually shift colors, which involves purging a used color before shifting to the new blend, James’s color mixing is not quite ideal and he has better luck switching between colors at this point.

As impressive as his project is so far, I can’t wait to see James’s progress.  And, it seems that the engineer is dedicated to keeping his project open source.  According to one Facebook post, others may be interested in commercializing his ideas for their own sake, but James tells me, “I work on it just for interest so far; there is no plan about selling.”

The beauty of open source is that the project can be a huge collaborative project, so, if you’re interested in giving James your input or keeping track of his developments, you can visit his Facebook page.  And, if you’ve tried your own experiments with multicolor printing or know exactly what James has to do to push his 3D Printer from being Super to being Ultra, please let him know so we can all see this behemoth print some huge, rainbow-colored stuff!  Also, make sure to check out his previous projects as James is one killer 3D model maker!