Italy has always been a very large global producer of plastics; fortunately more and more entrepreneurs and scientists have understood that the future is bioplastics and biodegradable plastics. We all know of PLA, but companies like Bio-On have become among the world’s largest producers of advanced biocompatible plastics such as PHA; now a team of researchers from the Italian Institute of Technology in Genoa have developed a new type of bioplastic out of edible vegetables’ waste.

These vegetables include spinach (and in case you are wondering the plastic that is derived from them does not include iron particles) cocoa pods and rice husks, which not only can be synthesized into plastic but the plastic produced presents properties comparable with ABS and other petroleum derived synthetic polymers in terms of flexibility and mechanical properties.

In the study, published on the Macromolecules Journal, the team — made up of Athanassia Athanassiou, José Alejandro Heredia-Guerrero, Luca Ceseracciu, Francesca Pignatelli, Roberta Ruffilli, Roberto Cingolani, Ilker S. Bayer, and Susana Guzman-Puyol — reported that they synthesized the plastic material by adding trifluoroacetic acid (TFA), followed by casting, and evaporation.

Due to their broad compatibility with cellulose, the waste from the vegetables can be naturally plasticized by mixing during processing. First, the TFA acid was mixed with the vegetables, then the scientists poured the mixture into petri dishes and waited. After a while, films formed, each with different physical attributes. Some were more rigid and brittle, other softer and flexible. 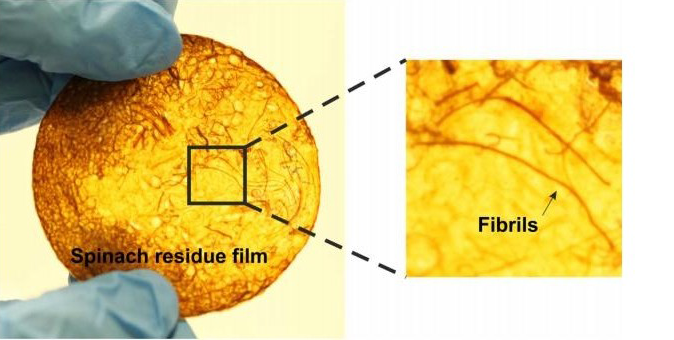 The road from forming a layer of plastic in a petri dish and actually producing a filament that always behaves in the same exact way every time it is used for 3D printing is a long and difficult one, and it will take a lot more expensive research. Last year French company Le Fab Shop announced a natural filament based on seaweed, developed after 12 months of research, although it has not yet hit the market. 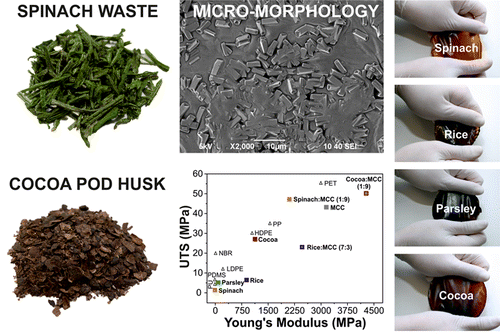 Nevertheless many companies have come to the realization that using natural materials to produce plastic means using the carbon that is already in our plants and thus in our atmosphere, rather than digging to pull it out from the Planet, is the only way to keep the delicate balance of our world and limit global warming. It may be late but better late than never.