The IR3 is an All-in-One 3D Printer & Assembly Bot

3D printing and robotics are inextricably intertwined. A 3D printer is a making robot and robots are increasingly made with 3D printers. Buzz Technology is taking the concept a little bit further, with its new IR3 (Industrial Revolution III) next generation 3D printing and assembly machine for the home and small business, which just hit Kickstarter today.

The industry consensus is that 3D printing will disappear soon. Not in the sense that we were all just living an illusion about the next industrial revolution; just that it will become a common process and assume different forms. One of them is described by the IR3: a robotic assembly system that 3D prints objects while also integrating pre-made components, all in one single process.

This will give the IR3 machine the ability to produce fully assembled, functional and sophisticated products. It does this using up to five “print heads” to pick and place non-printable components such as electronic controllers, rechargeable battery packs, touch screens, sensors, wheels and motors, seamlessly during the 3D printing process.

While robotic assembly is already quite widespread in industrial manufacturing the real difference is that IR3 is intended as a home machine. For easy storage, it actually folds flat against a wall when not in use. This feature makes it possible to have a home assembly robot that is capable of producing items as large as 350x190x500 mm, such as furniture and architectural details, while taking up almost no space.

The trick, as in many other cases, is in the software. Designers are still having a difficult time adapting to basic additive manufacturing, creating 3D printable models for the IR3 will require a truly revolutionary, global, approach. This will enable users to create objects that include multi-colour plastics, electrical connections, support material, and soft layers (to separate the products into different parts) and also to help the IR3 evolve over time.

For this reason backers of the Kickstarter campaign will have access to a software platform – for collaborative printable product development – so that designers, Makers, and engineers can work together to create and deliver the next generation of products direct into the homes of consumers all over the globe when the IR3 Consumer Edition is launched on the mass market next year. 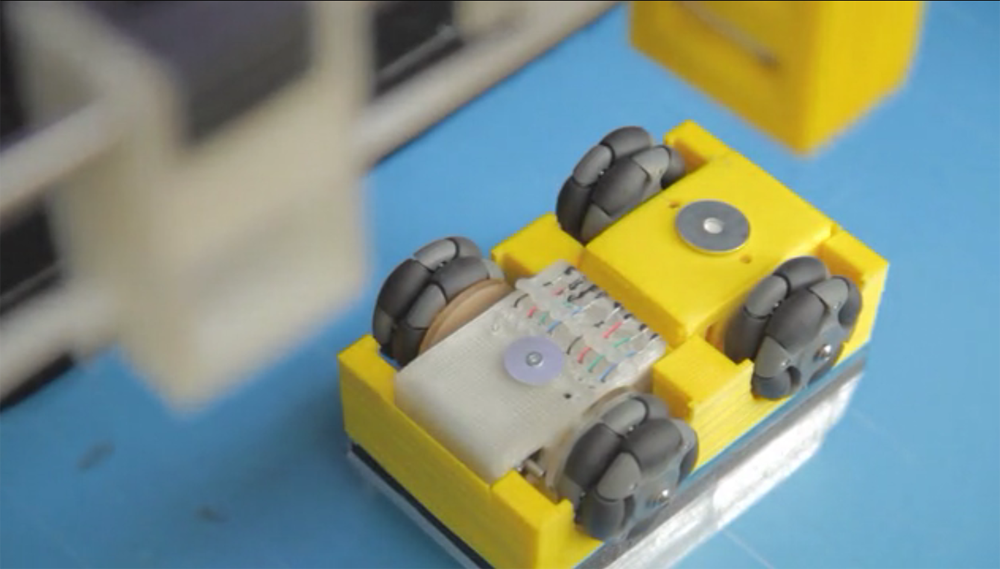 Until then, you can get your early bird IR3 for £3,350, or go for the fully-assembled Industrial Revolution Global Designer Package, priced at £4,750 and stocked with the electronic controller, motor and shield, wheels, and display, as well as optional add-ons, like a heated bed, a clay/paste extruder, or high-capacity food extruder.

The Buzz Technology team needs to collect £150,000 to start manufacturing the machines in the UK, with the option to manufacture in the US as well, if orders (and the location) of backers will demand it. Imagining how complex it is to proficiently use a product like this is hard enough, let alone designing and producing it. While crowd-funding has not always proven an effective means to bring truly innovative systems into the market, for projects such as this, it may just be the only option to set off the next revolution in personal manufacturing.  To back the project and to learn more, visit the IR3’s Kickstarter page here.