Human augmentation: we can, but should we?

We’ve seen and read so many stories about how 3D printing has helped countless people in need when used for human augmentation. From heartwarming stories like Mir, the 5 year old in Pakistan, to helping Paralympic athletes achieve greatness. But with all of these amazing advancements, will we go too far? Human augmentation has been around for longer than most people realize, with things like pacemakers, cochlear implants and plastic surgery becoming commonplace in our own lifetimes. The suggestions of further enhancing ourselves with apparatuses that help us hear colors, or implanting chips in our hands to open doors, seem like unnecessary science fiction additions to our fully functioning bodies. But what happens when these things become commonplace? Where will we go from there? The fear of these emerging technologies becoming weaponized is not an idle one, with anime and science fiction providing the material for our imaginations.

A shot from Kingsman: The Secret Service

Until this happens all we can do is talk and debate about what the future holds.

Human by Design was held at the Paley Center for Media in New York on the 3rd of August to talk about human augmentation, and where it is heading. The conference brought together top minds to debate, question, and challenge what it means to be human; and to create an Ethical Framework that can serve as a way forward for augmentation guidelines. 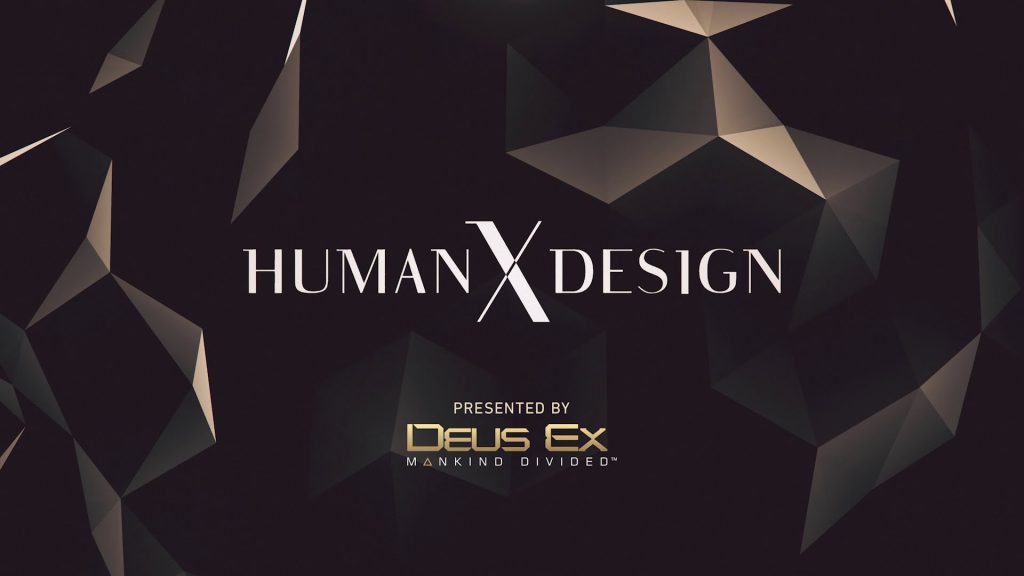 One big tick in the positive field on the ethical debate is 3D printing, and how it has advanced these technologies. 3D printing has helped in the augmentation field greatly, with printed limbs going to many people in need of them. Companies like Open Bionics are helping everyday amputees gain access to previously unobtainable limbs. By using 3D printing to reduce costs, and making their designs freely available online, they are providing a helping hand to countless people across the world.

At Human by Design, panelists Jonathan Jacques-Belletête, Joel Gibbard and Cathrine Disney spoke about the art in the video game Deus Ex, and how it led to extraordinary prosthetic designs. The talk focuses on the beauty of prosthetics, and how the perception of them has shifted. In the past, people coming home from war, for example, who had lost limbs would cover up their clunky wooden or plastic replacements, not wanting the world to see what replaced that which was lost. Now, it isn’t just about reproducing what was lost (or for some, that which never existed) and hiding it under a sleeve. It’s about creating a piece of art, something beautiful you can show off to the world.

Jonathan Jacques-Belletête, who works as the executive art director for the Deus Ex franchise said “We just spent years drawing and 3D modelling prosthetics for a fictional universe, [and now we’re] having them made functional by Open Bionics for people that really need them.”

On the design for the game itself, Jacques-Belletête said “We put so much energy in inventing these things, that some people started thinking that this was what we made for real. People thought we were a cybernetics company, which was really weird.” 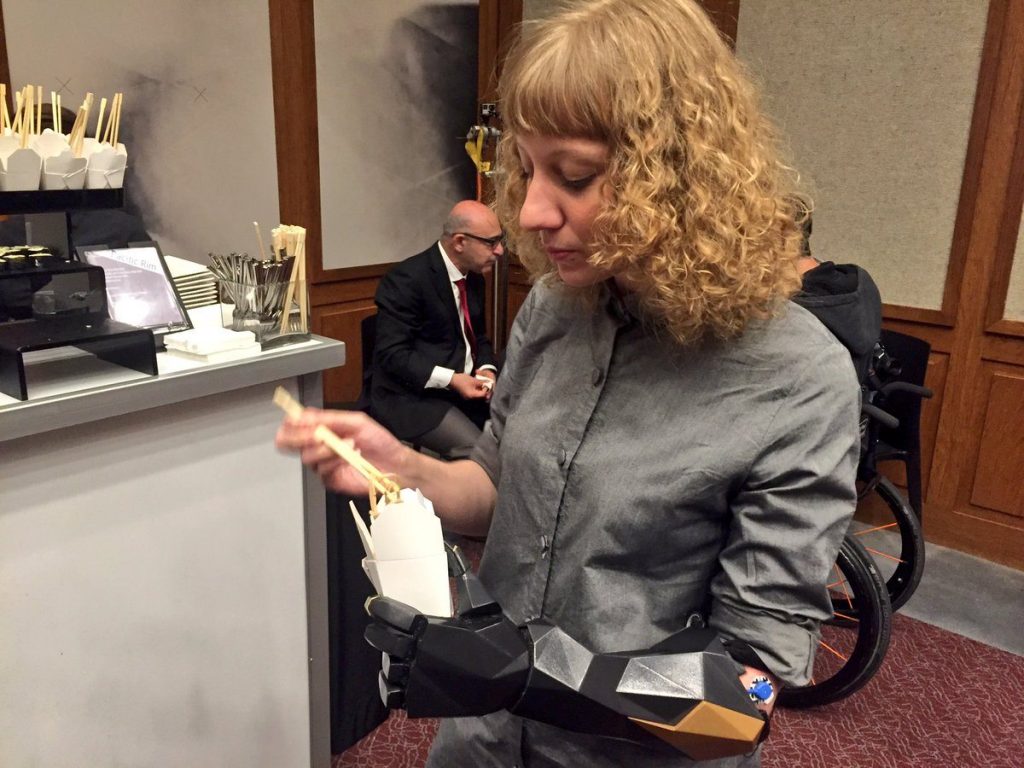 Joel Gibbard, CEO of Open Bionics, is responsible for bringing the game’s designs to life. No stranger to gaining inspiration from video games, Gibbard was interested in functional prosthetics from the age of 17. He co-founded Open Bionics after leaving university, with the goal of being able to offer affordable bionics.

“We didn’t want to just solve the problem of affordability, we thought well if we’re going to reinvent this technology, and maybe even reinvent this industry, why don’t we take a step back and find out what people actually want.”

As he found out, no one had ever asked the people wearing prosthetics what they had wanted before. The prosthetics that existed before were purely medical, trying to replicate human limbs as best as possible. These often come off as ugly and off putting, creepy and often non-functional. Gibbard discovered that what people actually wanted, was something cosmetic. He likened getting a new limb to buying a new pair of shoes. Finding something that fits well, is comfortable, is functional, and looks good.

“I feel like I have quite a complex relationship with prosthetics and the idea of human augmentation since I was born without my arm, rather than having lost it. I’ve lived a fairly normal life. I can do anything a person with two hands can do, I’ve just got a slightly different way of doing things” commented Cathrine Disney, interdisciplinary designer, researcher, curator and material innovator.

She describes her first experience with prosthetics as traumatic and invasive, she was only 4 or 5 years old when she had her first one fitted. The traditional prosthetics that are still offered by health care providers are “not only offensively ugly in their poor attempt to mimic human hands, but they’re very heavy and clunky and ultimately useless”.

The @openbionics team talks about prosthetics and how they are changing the future of augmentations #HumanXDesign pic.twitter.com/BR4Yml90Ix

As an adult, Disney was intrigued to see how far technology had come and so agreed to work with Open Bionics. She wanted to see how useful having a bionic hand would be for her, after living her whole life prosthetic free. With the different color, texture and shape options for your new body part, Disney felt that the ability to choose is what changed her mind on the subject.

“This is my body and I want to wear something that I feel proud of and that I want to show off. I don’t want to feel like I have to hide or be insecure because I don’t look like everybody else….aesthetically these prosthetics just exceed everything else that is on offer through standard means.”

Disney would like the technology to advance further, with greater dexterity and more ways of controlling the limb as well as sense feedback. It’s not just about how it looks and feels, these prosthetics can offer wearers emotional value as well.

The entire conference can be seen on Twitch, the Open Bionics talk begins at 2:18:00. The rest of the seven hour conference is an intriguing watch, with many complex issues being delved into. On the ethics of the future of human augmentation, a framework has been presented and can be viewed here. But the debate continues. And it isn’t just a question of we can, but should we? We will, how can we not? But how far will we go?