HP to Lay Off Tens of Thousands as Business Split Looms

Last fall, HP announced that it would be splitting into two corporate entities, as it launched its blended reality and 3D printing products.  For months now, HP CEO Meg Whitman has been indicating that, with the division of the company into Hewlett-Packard Enterprise and HP Inc., tens of thousands of people would be laid off in the process.  On September 15th, Whitman confirmed, in an investor conference, that 10% of the company’s 300,000+ workforce would be let go.

With a plan to cut between 28,000 and 33,000 jobs Whitman told investors, “These restructuring activities will enable a more competitive, sustainable cost structure for the new Hewlett Packard Enterprise. We’ve done a significant amount of work over the past few years to take costs out and simplify processes and these final actions will eliminate the need for any future corporate restructuring.” 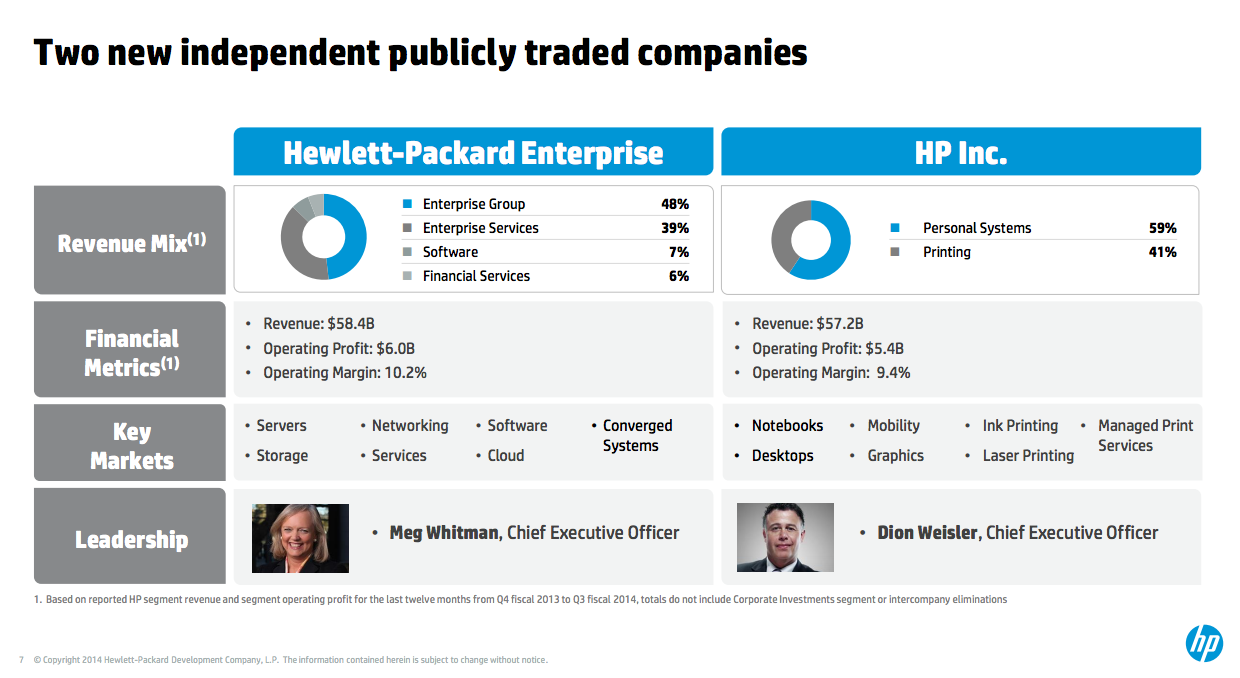 The majority of the cuts will take place within HP Enterprise, devoted to consulting and call center support, while about 3,300 will occur in HP Inc, the personal computing and printing business that houses their new 3D printing division. The layoffs, according to the company, will save them $2.7 billion.  Whitman, who has let go of more than 80,000 employees since she took charge in 2011, suggests that there may be even more layoffs to come after the companies split in November.

Incidentally, with a net worth of $1.3 billion, Whitman was, according to one survey, the wealthiest woman in tech, earning a base salary of $1.5 million per year, a rate that is about 17 times that of the average HP employee, and a pay package that totals $17.6 million per year.  While not the most striking wealth gap of any corporation’s CEO-to-worker pay, Whitman’s pay will increase 11% as she becomes the CEO of HP Enterprise, with her pay package rising to $19.6 million, an amount that could surely at least a handful of jobs in her new business.

Correction 9/18/2015: An earlier version of this article incorrectly stated that the layoffs would save the company $2.7 million when, in fact, the layoffs are meant to save HP $2.7 billion.