A fashion show in Beijing last month attracted great attention from 3D lovers. Why? Right, clothes worn by the models in the show could very well be the first 3D printed Cheongsams in the world. 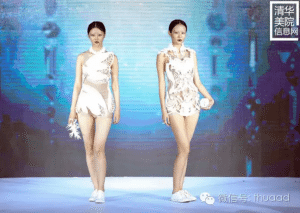 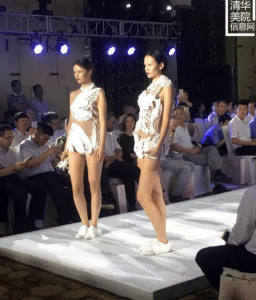 All the Cheongsams appeared in the show were designed and printed by graduates from Tsinghua University. Arts and Science Center of Tsinghua University came up with the idea several months ago and convened graduates from the architecture industry, the fashion industry and the 3D printing industry. Based on the trust between school mates, they took this challenge confidently and formed the production team very quickly. 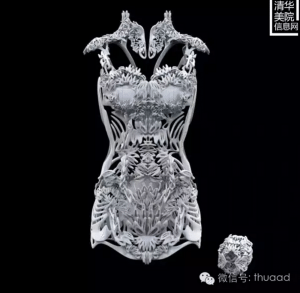 The cheongsam, also known as the qípáo in Mandarin, has been a staple in Chinese women’s fashion since the 1920s. The iconic dress style, with its characteristic high cut and elegant neckline and its simple, body-hugging form, has also become a symbol for Chinese fashion around the globe and has influenced Western designers over the past century as well. Now, the timeless cheongsam has been brought into the technological age through a collaborative effort between the Tsinghua University Arts and Science Center and Jiangsu based 3D printing solutions company Seegine 3D Printing. 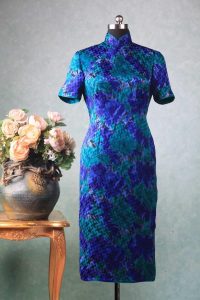 The two styles of the dress in the show were inspired by blooming flowers and butterflies respectively, which can be seen in each of the dresses’ petal and butterfly wing details. 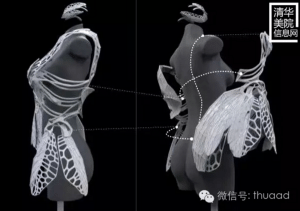 These dresses were printed on the EOS P760 printer, using nylon fabric with high tenacity. In order to avoid any potential problems, Wang Shidong, a maker and general manager of Seegine 3D printing, tried these stunning dresses on in person after printing. 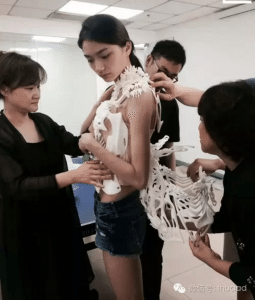