There is no doubt that metal was the undiscussed protagonist at formnext and it is metal that will carry the industry forward into the age of serial additive manufacturing. However, metal 3D printer manufacturers were not the only ones presenting big news and future visions at the show.

Although not necessarily news, several plastic printing SLS machines, as well as new systems by some of the biggest resin 3D printer manufacturers, also contributed to the list of things-worth-visiting-formnext-for. The presence of low-cost systems was limited to a minimum, with only the manufacturers of some of the most professional-grade, low-cost systems attending. Let’s go in order. 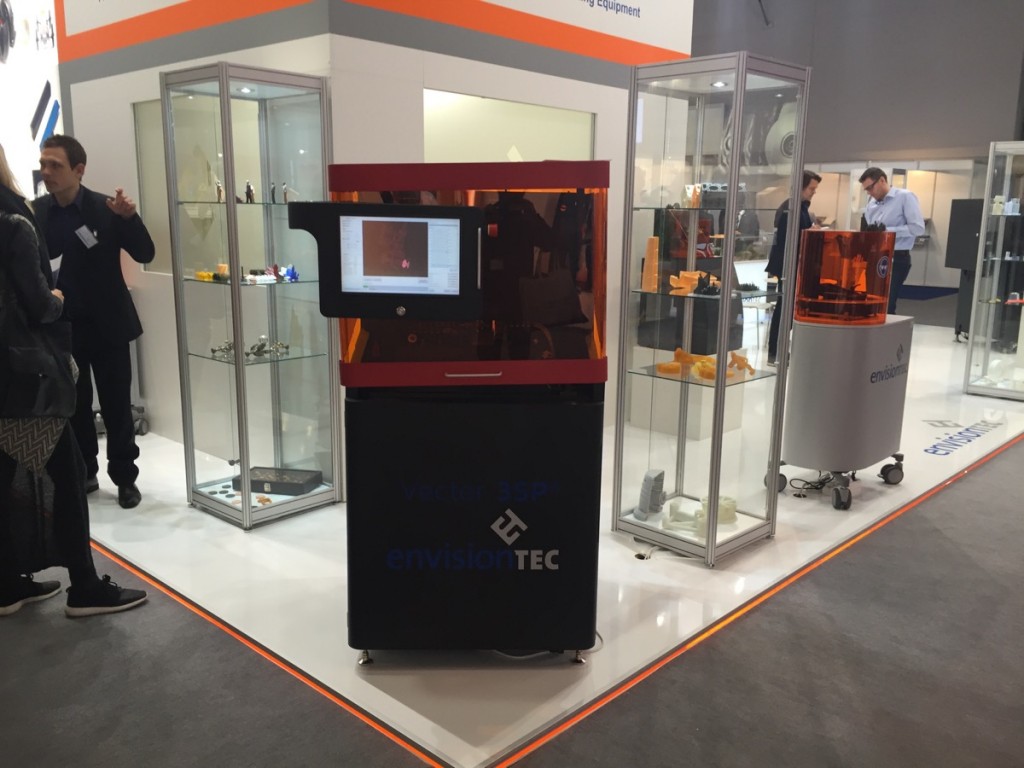 I previously noted that Stratasys took center stage and 3D Systems limited itself to a more marginal role than in the past.  Outside of those two, the biggest non-metal players (also excluding EOS, which does both metal and plastic) were EnvisionTEC and Prodways. The company led by CEO Al Siblani presented three new systems at the show: the Vector 3DSP, which we have already covered, and two new, small-sized DLP machines, the MicroPlus High Res and the MicroPlus Advantage. Both feature a new body style, a touchscreen, and an integrated embedded PC with Wi-Fi capability. 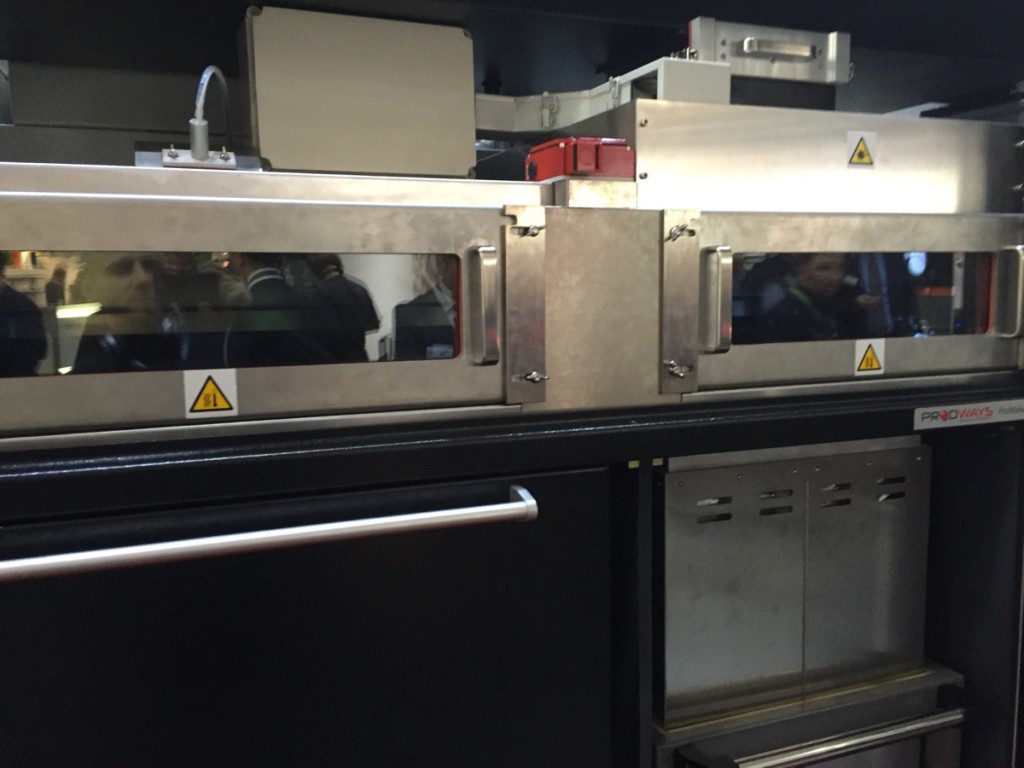 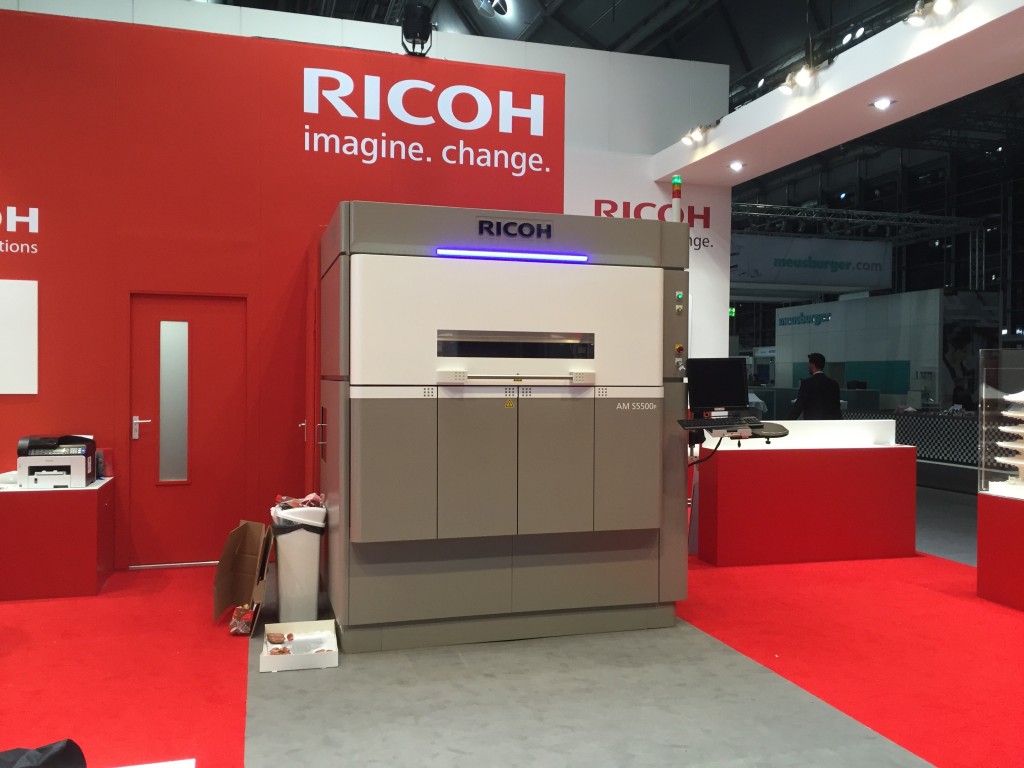 In all of these fields it will find new competitors. On the SLS front the biggest new entry (as we reported recently) is Ricoh, which was present with its new large-sized SLS 3D printer. On the ceramics front, Lithoz presented its upgraded CeraFab machine, with a large build volume and more efficient materials management system. Unfortunately the presence of resin 3D printer manufacturers was very limited, with only Formlabs to represent the “low-cost” segment with its Form 2 system. 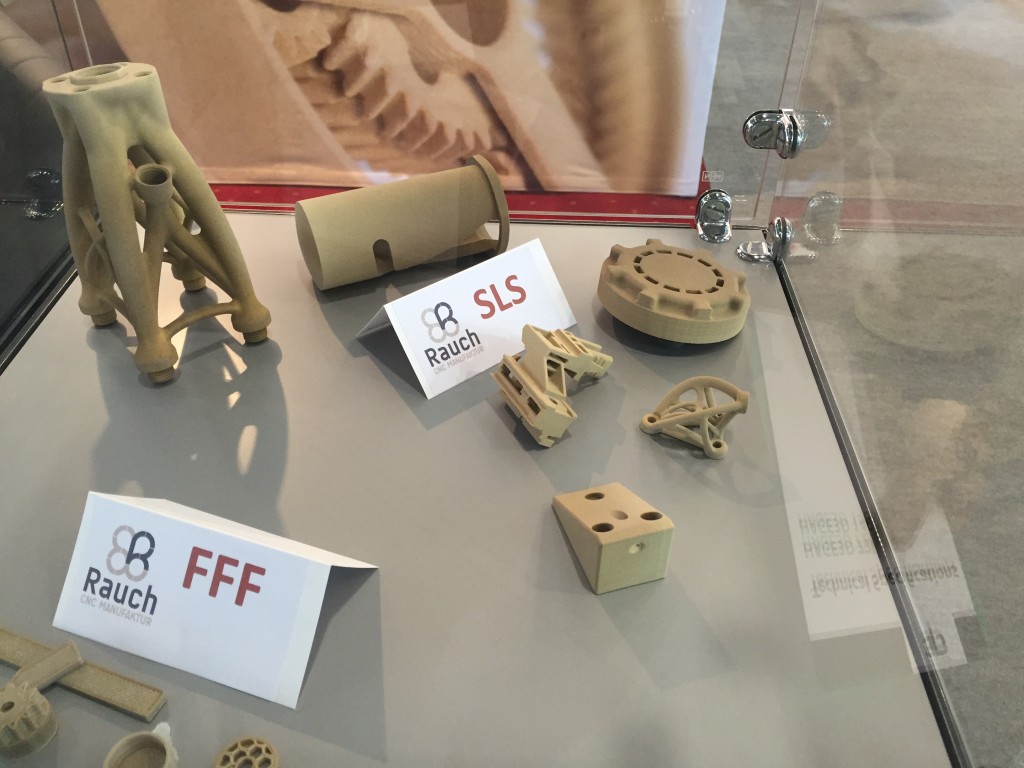 On the FFF front, while the large size systems by Hage and German RepRap did not go unnoticed, much of the attention was on high-end polymer manufacturing capabilities and specifically on PEEK. Up until now, only Stratasys was able to work with really high-melting temperature polymers (such as ULTEM) because of its sealed chamber patent. Now, however, two small companies have emerged that have found alternative ways to successfully 3D print PEEK by controlling the object’s temperature: Germany’s Indmatec and Italy’s Roboze. 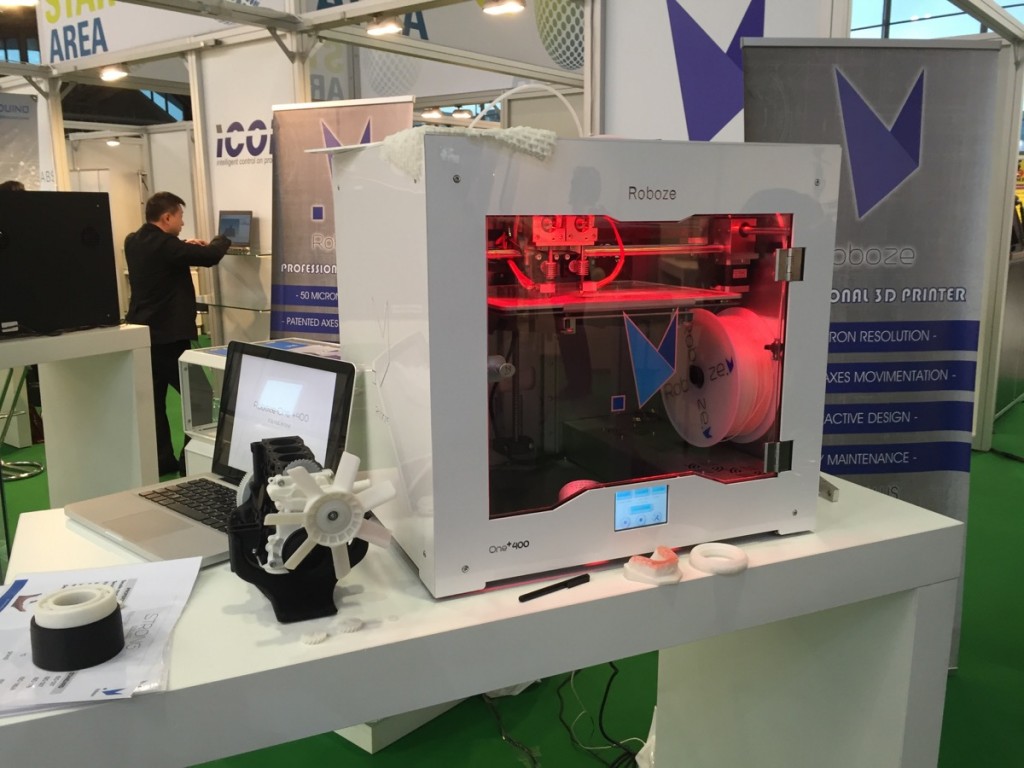 As I found out, until recently, the only way to 3D print PEEK (a material that has several applications in both the industrial and medical fields) was to pulverize it and laser sinter it. That is what a company called Rauch CNC Manufacturing does, using a modified EOS SLS 3D printer. 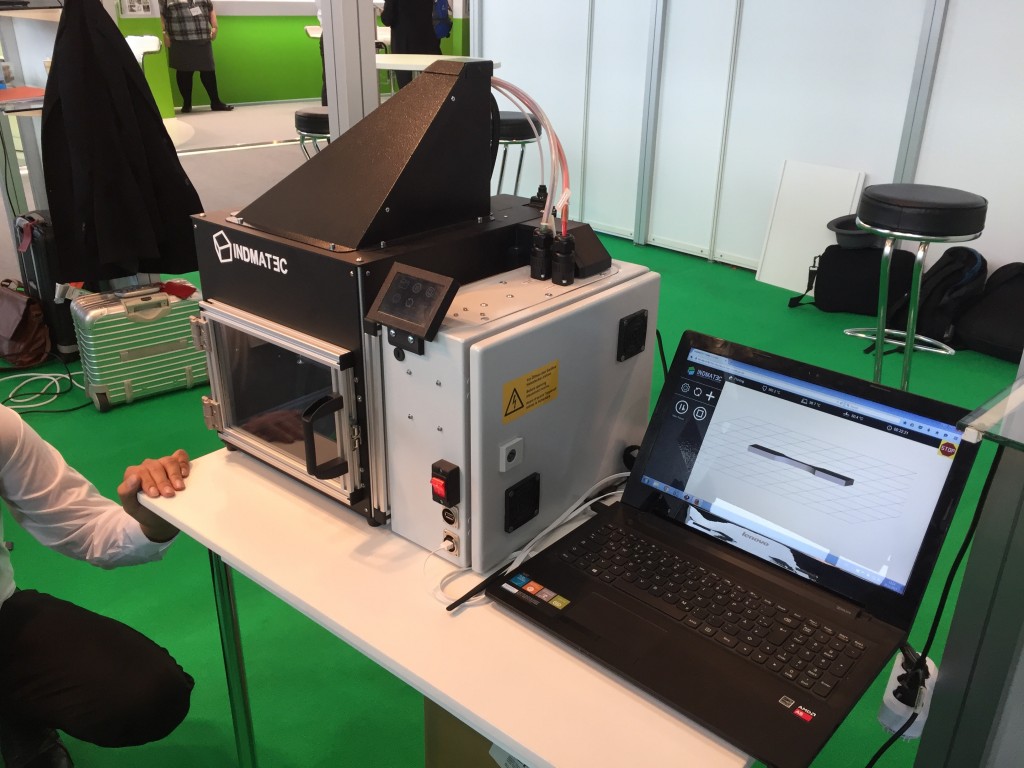 The machines by Indmatec and Roboze can radically change the market by introducing FFF machines that cost between $5,000 and $20,000 with PEEK 3D printing capabilities. Indmatec’s 3D printer starts at €14,000 and leverages the company’s experience as PEEK filament manufacturers. The Roboze One+ 3D printer, on the other hand, leverages the young company’s successful experience with the first 3D printer as an extremely solid, reliable and precise machine, as well as the partnership with Italy CNR (National Research Center) on the materials science front. 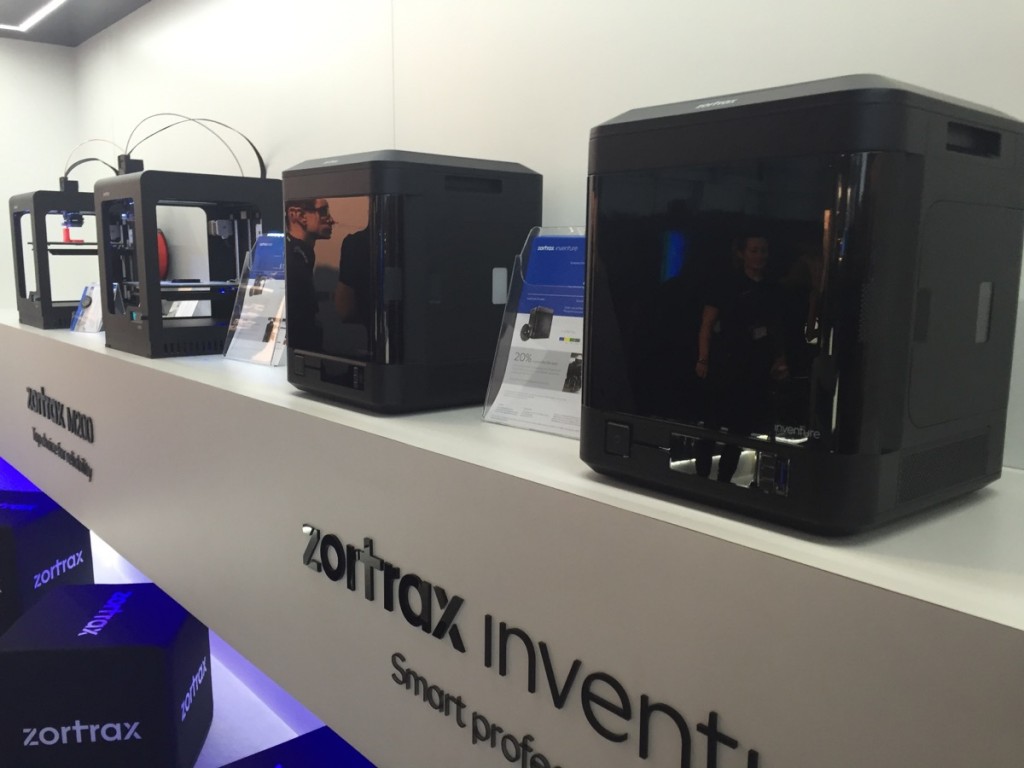 Although it does not offer PEEK level polymers among its materials yet, Zortrax was certainly the largest low-cost FFF 3D printer manufacturer present at the show, where it presented the new Inventure system, as well as a whole new range of colors for its ULTRAT material. In general, though, the selection of smaller players was limited and only some of the most industrially-focused chose to participate. 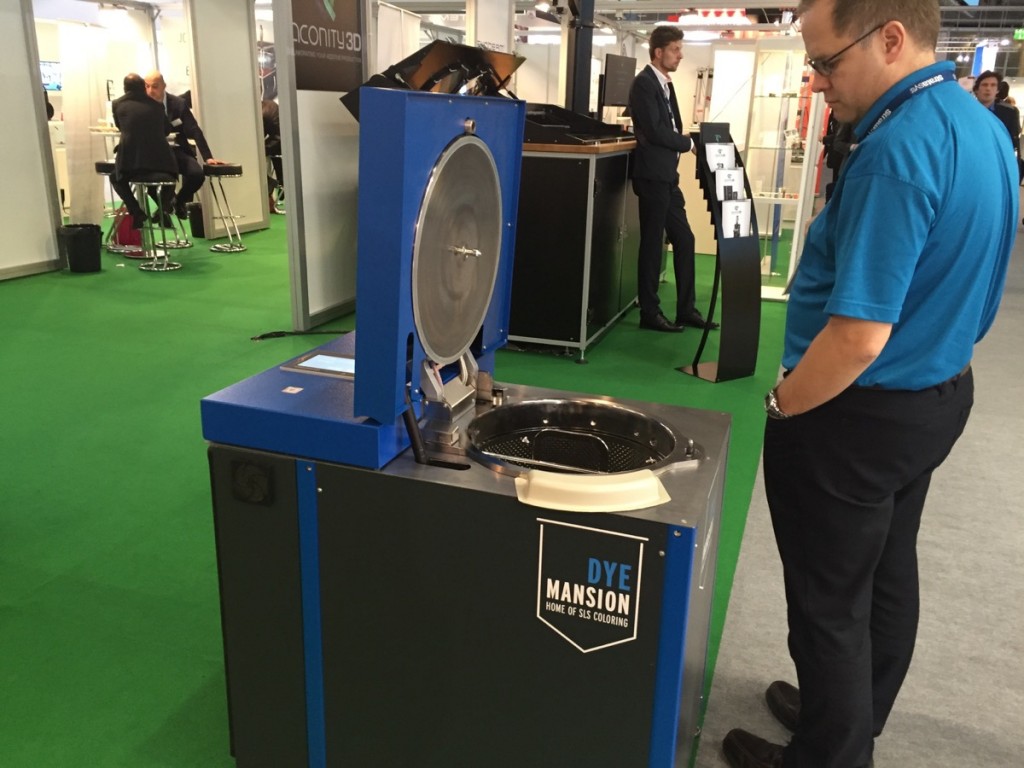 Certainly, they were able to reach a large percentage of professional visitors who were looking for reliable lower priced systems to work alongside the more expansive platforms, perhaps even as testing units or for pre-prototyping activities. If the formnext show will be back next year with the same format, more smaller companies – and possibly more consumables and accessories companies (such as DyeMansion, for example) – will also be able to take advantage of the critical mass built up by the “big guys”.