We’ve all heard of Amazon Prime Air, the drone delivery system concept by Amazon that broke headlines a couple of years ago. But the e-commerce powerhouse isn’t the only one flirting with the idea of using drones to deliver packages to your front door. Meet Flirtey, a relatively young startup dedicated to making drone-based deliveries in the United States an everyday occurrence. After conducting the first-ever FAA-approved drone delivery of medical supplies to a rural healthcare clinic in Virginia back in July 2015, Flirtey is now claiming to have performed the first urban drone delivery, beating Amazon Prime Air to the punch once again. 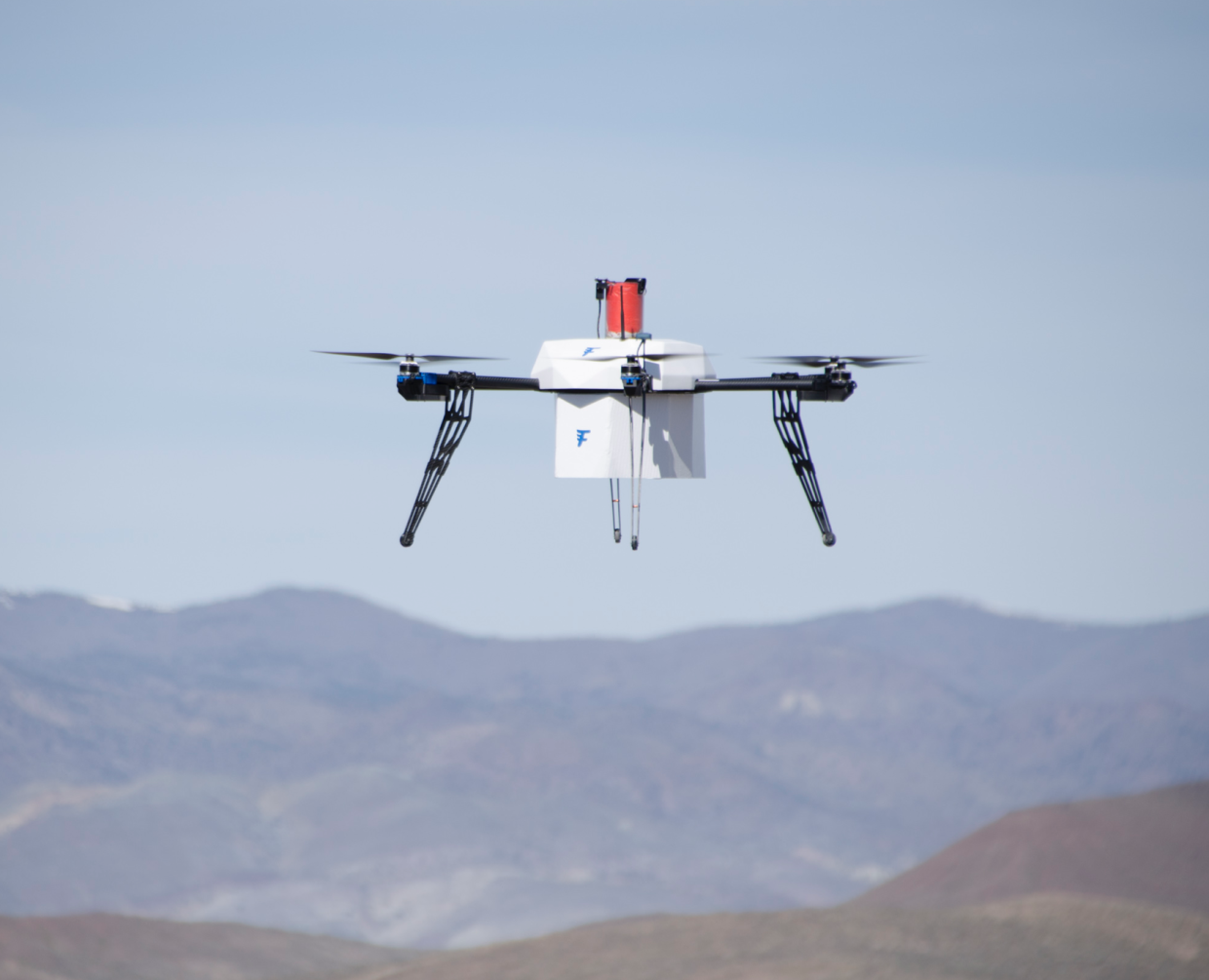 The urban delivery was conducted at an unoccupied house in Hawthorne, Nevada, successfully dropping off a package of bottled water, emergency food supplies, and a first aid kit to the residential area. The contents of the package are in accordance with one of Flirtey’s main startup goals, which is to have their delivery drone provide disaster relief and humanitarian aid during the most critical of times. Although there were flight operators and others on the scene of the delivery, the Flirtey drone was able to deliver the package completely on its own accord. 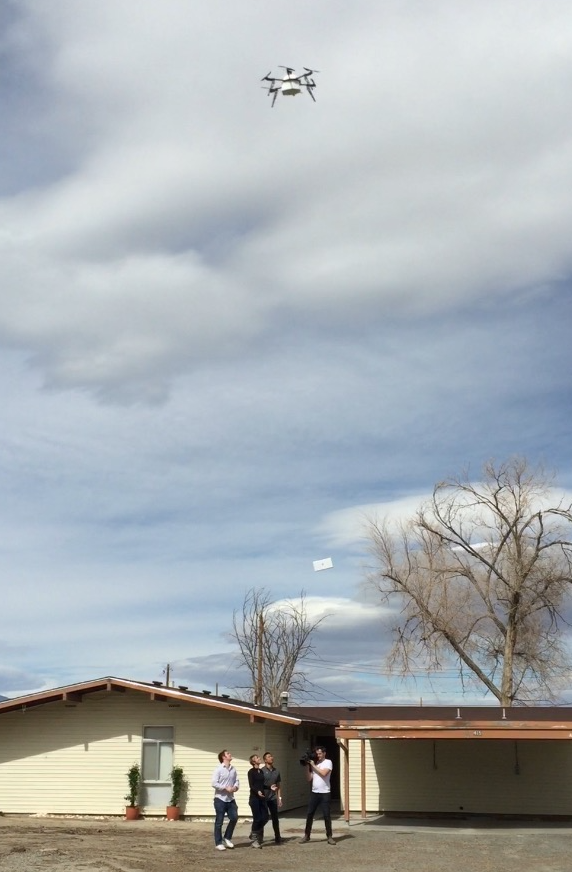 “Conducting the first drone delivery in an urban setting is a major achievement, taking us closer to the day that drones make regular deliveries to your front doorstep,” said Matt Sweeney, the CEO of Flirtey. “The Nevada delivery demonstrates that advanced drone systems allow aerial vehicles to safely navigate around buildings and deliver packages with precision within a populated area.” 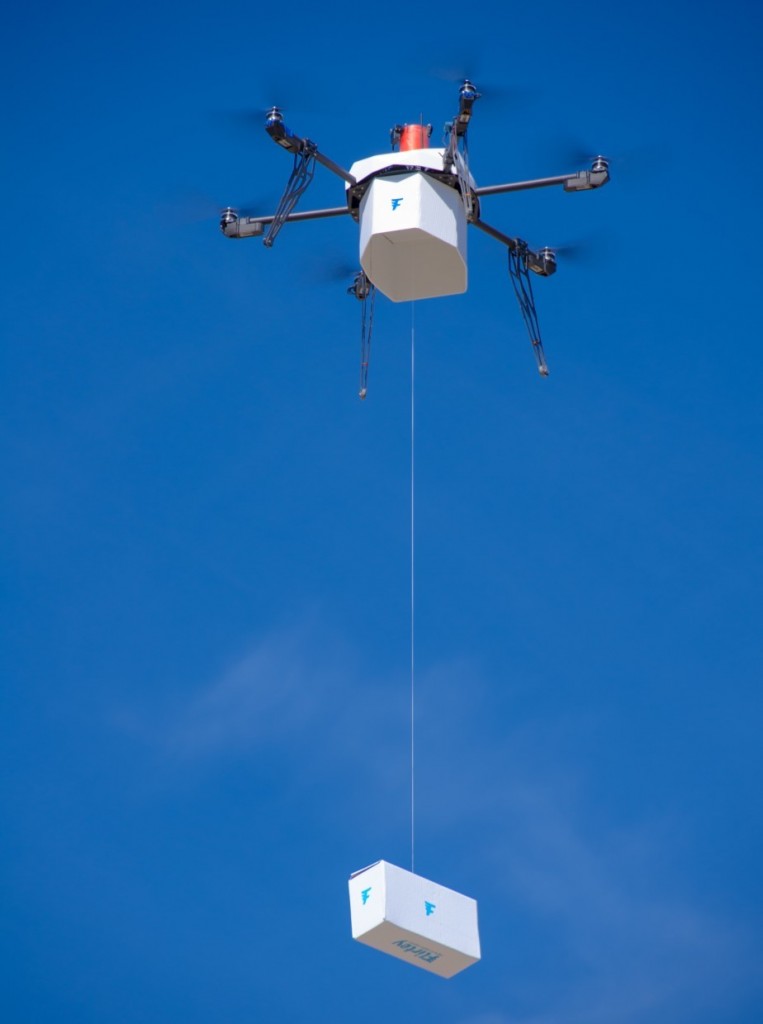 In order to manufacturer such an efficiently autonomous and lightweight drone of professional delivery caliber, the Flirtey team turned to 3D printing technology for assistance. 3D printing was especially useful for the rapid prototyping of the Flirtey drone, successfully helping to conquer the team’s tight testing and production deadlines. The delivery drone itself is composed of carbon fiber, aluminum, and 3D printed components, which all come together to create a lightweight and efficient delivery drone.

The drone itself flew a pre-programmed flight path of about a half mile, and securely hovered above as it successfully delivered the relief goods package right to the house’s front door. It makes sense that this first time delivery was conducted by Flirtey in Nevada, considering that they’ve recently moved their headquarters there from Australia, and have also been partnered in research with the Nevada Advanced Autonomous Systems Innovation Center at the University of Nevada, Reno. The delivery showcases the value of drone delivery systems during critical emergency situations, but still, these drones still have a lot of maneuvering to do in the US court of law.

Thus far, Flirtey is only FAA-approved in Australia and New Zealand, two countries where they’ve also proven the validity of their drone delivery system. But in the United States, the FAA still holds very strict rules for the commercial use of drone technology, and even in the best case scenario (full approval), still comes with numerous limitations. But with Flirtey’s successful urban delivery in Hawthorne, Nebraska, the startup is hoping to help alleviate the laws against commercial drone use in the US. Even as companies such as Amazon, Google, and Walmart continue to invest into developing fleets of package delivering drones, Flirtey seems to be the company that is actually delivering the goods.