On 3DPI, we cover FabLabs and FabLab culture as just one of the many faces of the 3D printing industry, just as, in FabLabs themselves, 3D printing is just one of many tools for personal and digital fabrication. However, we are certainly not immune to the incredible attraction that a huge and forward looking project like the IAAC’s FabLab BCN has on anyone who is interested in the future of manufacturing.

So, while in Barcelona, I did not pass up on the opportunity to visit IAAC’s FabLab BCN and met co-founder and director Tomas Diaz Ladera. In spite of his seriously packed schedule, Tomas was extremely forthcoming and we were able to schedule a meeting at the lab, located at the Institut d’Arquitectura Avançada de Catalunya, in one of the architecturally newer districts of the beautiful Catalan city. The lab, I must say, was breathtaking from the very moment I entered it, both for its huge spaces and for the many projects and tools it holds, many of which we have covered in the past on this blog. 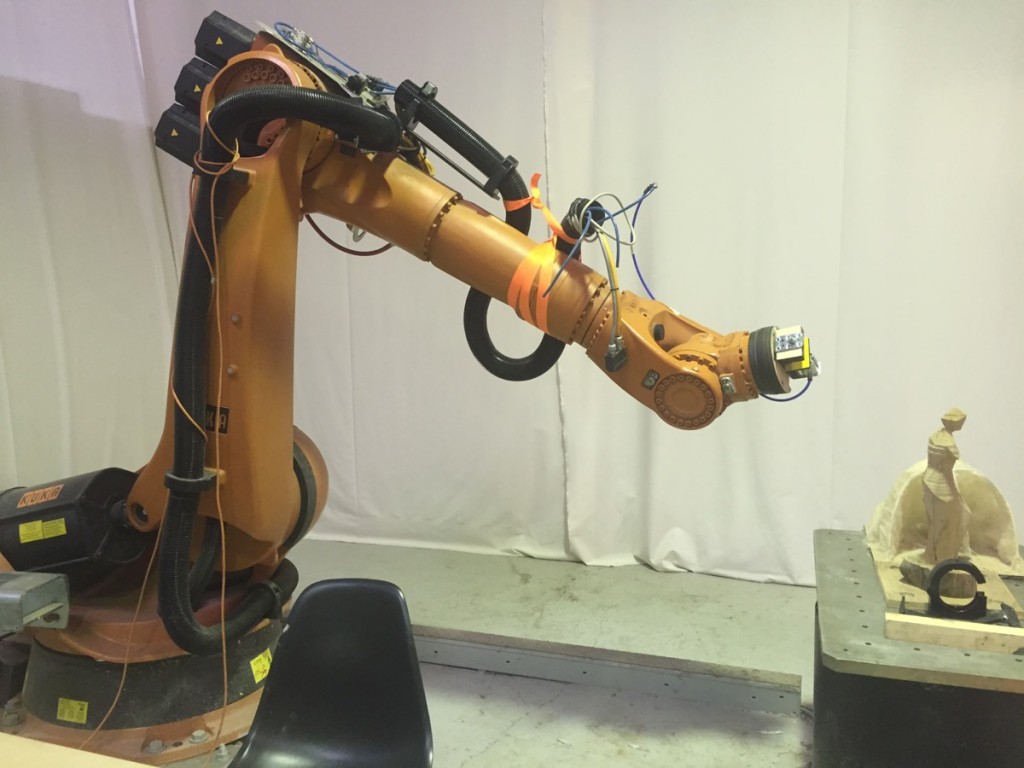 “This was the first FabLab in Europe. Although different people have been interpreting the concept of a FabLab in different ways, we strive to maintain a certain coherence in what defines a FabLab,” Tomas explained, as we sat down and began a very informal interview. Most of my questions gravitated around the FabLab’s business models, as I am very interested in fully understanding the industrial aspects of this approach, which, in my opinion, has the potential to truly change the world of manufacturing and beyond.

As is the case for many open source projects, being “open” does not mean there are no rules, trademarks to protect, or money involved. The main aspect that the FabLab BCN team, as registrants of the FabLab Europe trademark, seek to protect, is their name. Tomas explained that this is not done just for a question of royalties, but because there need to be several elements in common between laboratories in the network, in order to successfully share and “cross-pollinate” projects globally. “This cannot happen if a FabLab’s members do not have access to the proper tools,” he said. That is something that Tomas, understandably, values very highly in order to achieve the idea of true shared creativity and distributed manufacturing.

The criteria to be an official FabLab are described in the FabLab charter, a very simple document available on the official MIT website. At FabLab BCN, they also developed the Fablab.io website, which keeps track of all of the official laboratories worldwide. There are three different types of FabLabs, which are characterised by the inventory they have access to. A MiniFabLab is the most accessible one, while a regular FabLab requires a $100.000 investment (really, the sort of funds required to open any serious shop). This money mainly goes toward 3D printers, a laser cutter, and a CNC mill, as well as tools to work on electronics. Then, there are the Supernova FabLabs such as this one in BCN.

“Electronics are something people tend to underestimate the importance of,” Tomas said. “There needs to be an an inventory of SMD components (surface mounting devices) and a mill to cut the boards and solder the components. Designing your own board is a particularly significant aspect of FabLab creativity.” 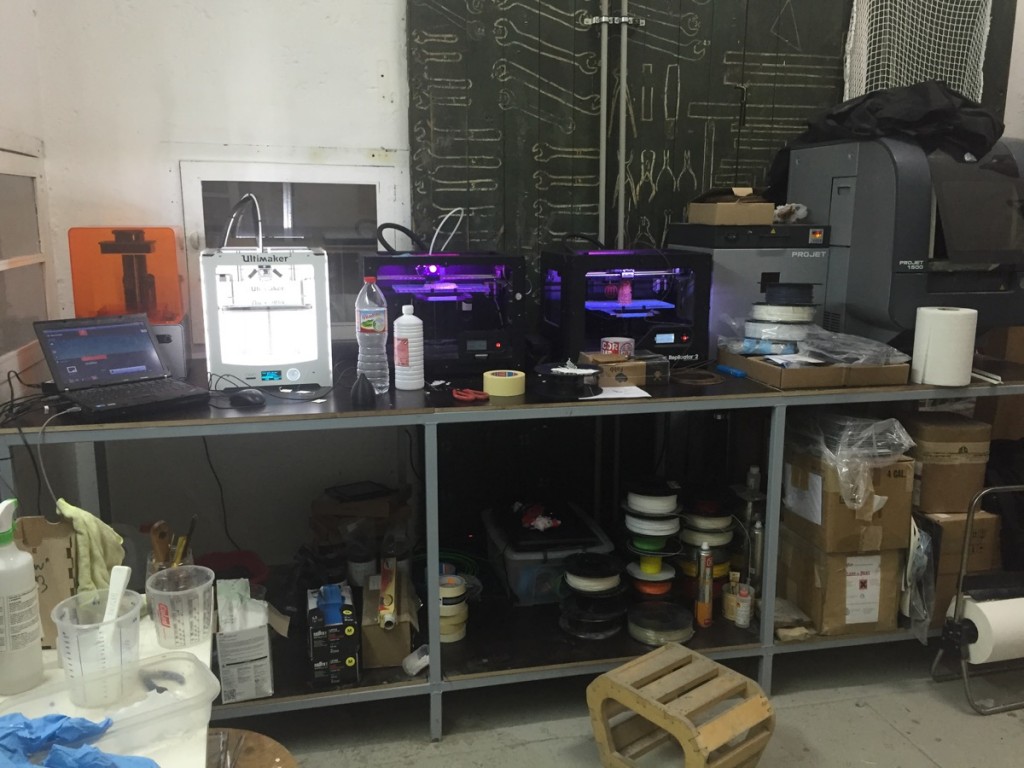 FabLabs are also united through the FabAcademy, which is one of the most significant resource for the FabLab network, both in terms of revenues and knowledge. They all come together at the yearly Fab conferences, with the highly successful Fab10 taking place here in Barcelona, last year. The next ones are scheduled for Boston (the home of MIT’s original FabLab project) and Shenzen, in China, where FabLab culture could have a huge impact in the future.

Being a FabLab does not mean that you are supposed to live exclusively off of donations and offer your services for free. FabLabs are intended to be laboratories capable of offering “lateral thinking” services, which a variety of companies can benefit from, and, as such, they can create work and value for the people involved. FabLab Barcelona is currently working on several of these projects, with the most relevant being the Smart Citizens, a project dedicated to capturing sense data around the world , and its child project, Open Source Beehives, which is focused on tracking the decline of bees, specifically. Other current works include Fabtextiles and Fabkids. 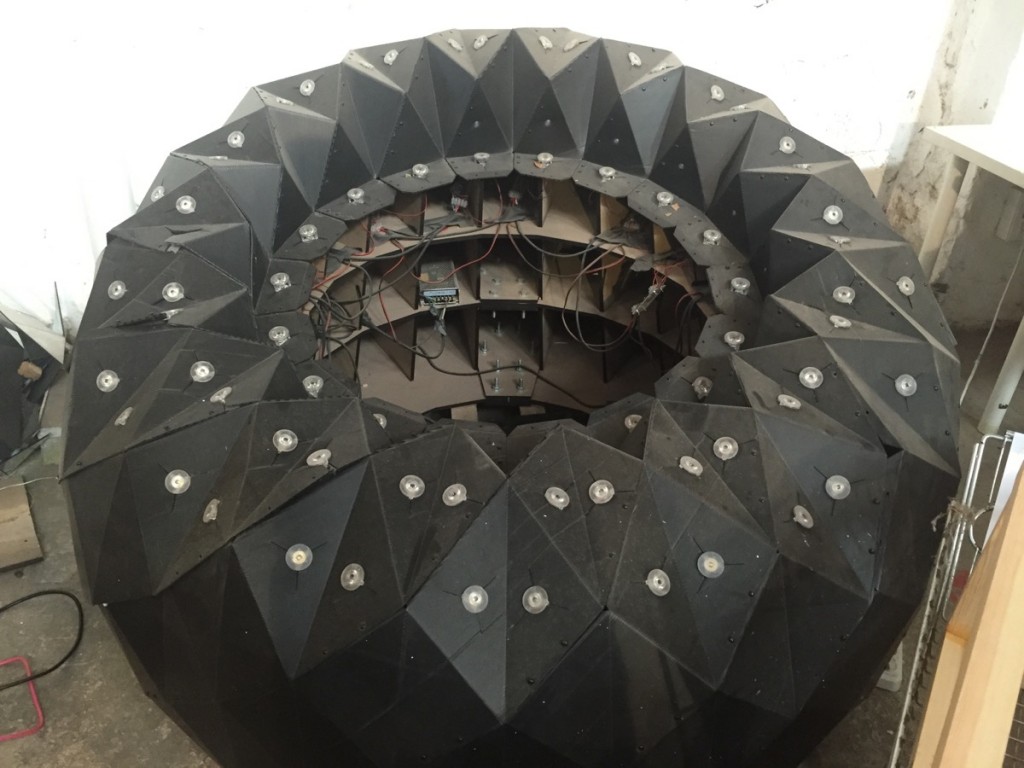 As director, Tomas was able and willing to give me a clearer understanding of what a FabLab like this can do in terms of economic performance. “FabLab BCN belongs to the IAAC; however, it has been fully self-sustainable for over three years,” he explained. “The IAAC earns income both through the Master courses it offers and through the FabLab’s activities, which now represent around 40% of revenues.”

I like speaking with Tomas because he understood exactly what I wanted to know when I asked my questions, even without requiring me to be too direct about a given topic. So ,when I asked him about how he viewed other “Making” activities, he immediately understood that I was referring to the fact that some view official FabLabs as being somewhat “exclusive”, mainly because of the initial requirements they have. However, the answer he gave me convinced me of the contrary.

“Although open does not mean it’s free, a FabLab is always open to everyone to join; while there are ‘makerspaces’ and ‘hackerspaces’ where joining may be free, and yet they are less accessible to newcomers,” he said. “In Barcelona we have hackerspaces, makerspaces, maker communities, a makercafe, and 3D print shops. I think that is great because there is room for everyone to work together toward establishing a shared new approach to creativity and manufacturing.”

This, I think is – or should be – the common goal of the entire digital fabrication industry.