A few weeks ago, after covering a story about EOS getting directly involved with the SLS coloring business, I was contacted by Carlos Prestien from CIPRES Technology Solutions, one of the leading rapid prototyping and 3D printing services in Germany, active since 2003. Mr. Prestien very kindly pointed out that they have been in the SLS coloring business since 2006 through their e-coloring branded activities. Now, CIPRES is moving on to the next step of SLS final product manufacturing by introducing the new, fully automated, “[email protected] e-coloring” systems. 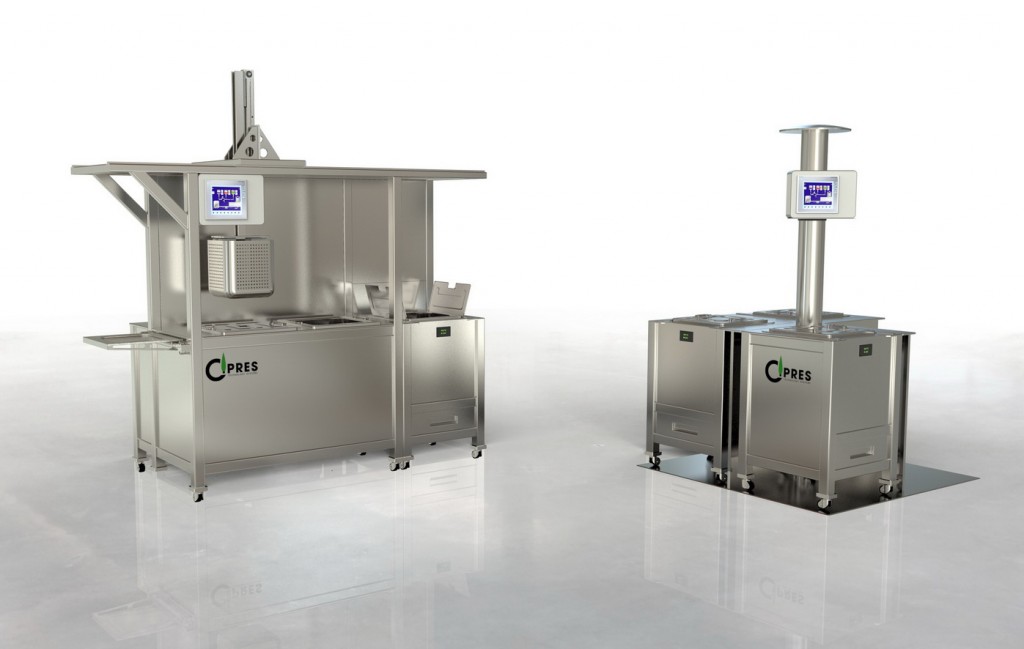 I was already somewhat familiar with CIPRES, since I had noticed the studio’s consumer products back in 2014, with an award-winning, geometrical 3D printed tobacco pipe on display at Euromold. However, I was not aware of the fact that CIPRES was actually already doing significant end product manufacturing using TPU and TPE through SLS technology. In fact, Mr. Prestien told me that they now manufacture up to 5,000 end use parts per week.

“Back in 2005, we were asked by [celebrity designer] Ron Arad to make pieces in a special red color, and that was the start,” Mr. Prestien explained. “We did not meet the goal at that time, but with a lot of effort we found out how to effectively color SLS parts by the next year. Since then, we produce between 10% and 20% of colored parts, mostly in black. Starting in 2007, we have industrialized the equipment and now color is a significant part of our business. We offer these services to all companies, even if they are competitors. In fact, most of our color customers are our competitors, but that is not a problem at all.” 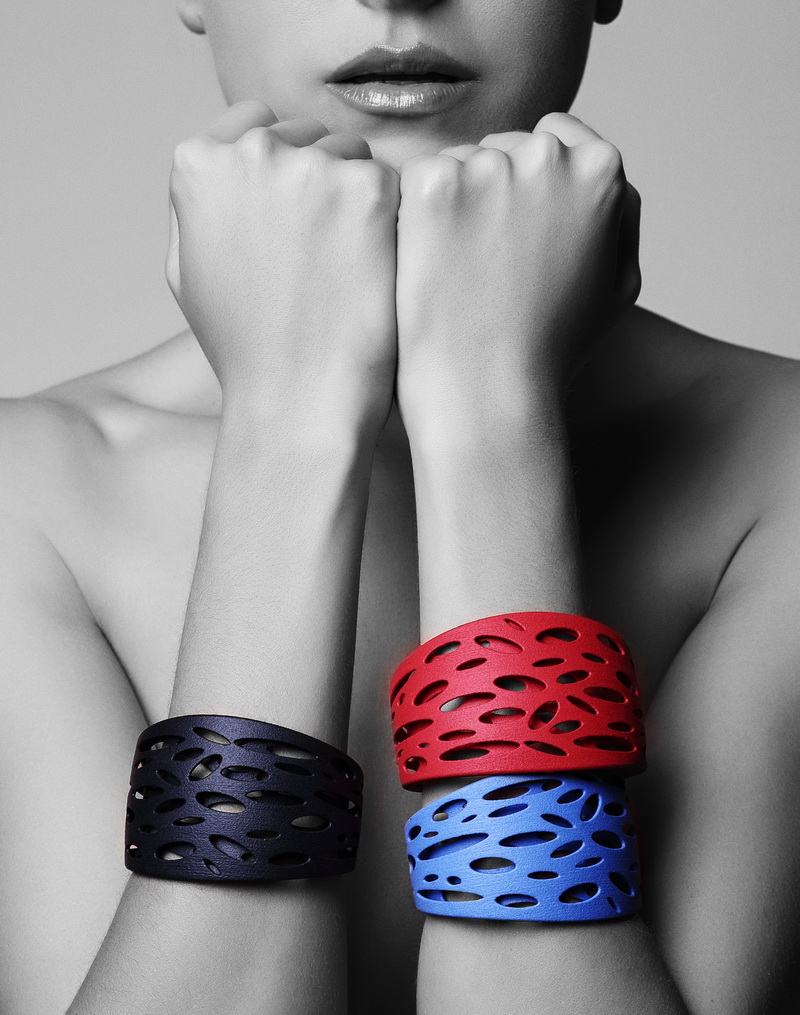 The new modular coloring system operates automatically. Each coloring unit is equipped with an intelligent control system, a “[email protected] e-coloring unit”. Intensive cleaning of the blanks before and after the process guarantees reproducible, consistent coloring. In fact, the possibility to change color easily and rapidly were the main criteria for designing the system, along with the ability to operate multiple color units simultaneously.

CIPRES developed its “[email protected] e-coloring” system to be sustainable and to make an efficient use of power and water, in order to keep costs at a minimum for real, serial additive manufacturing. The company also offers a comprehensive service, inclusive of training packages for high quality coloring of laser sintered parts.

The proven “e-coloring” technology lets the color penetrate deeply into the plastic part. The dye actually penetrates the material, meaning the part’s geometric, mechanical, and thermal properties remain unchanged, while, at the same time, they are integrated with fully uniform color coverage. This also means that the color is lightfast as well as water-, UV-, and abrasion-resistant. It also does not deteriorate when in contact with sweat, which is an important feature for eyeglasses and jewellery, while resulting in superior skin compatibility. At the highest quality level, the color will withstand even powerful industrial cleaning agents.

“The biggest business now with colored parts is frames for glasses,” Mr Prestien revealed. “At the very beginning, almost all parts were for B2B. About 3 years ago, we started manufacturing a lot of consumer parts, mostly frames, fashion accessories, and jewellery. The lead time of parts is normally 4 to 6 days, for coloring it depends on the color, amount, size and finish, many parts go out the same day.” Now, with the new “[email protected] e-coloring” industrial system all 3D printing services will be able to take end product SLS manufacturing to a new level of finishing quality.