While I was running through Euromold this past November, my attention was captured by a very interesting looking, clearly 3D printed, tobacco pipe. What attracted me was not so much that it was 3D printed, but that it was in a box made for a retail product, meaning that it was already on the market. After doing some research on the pipe, I found out that it was, in fact, on sale: it had been named Diamond and produced by Vauen, a German company which dates back to the midst of the XIX century. 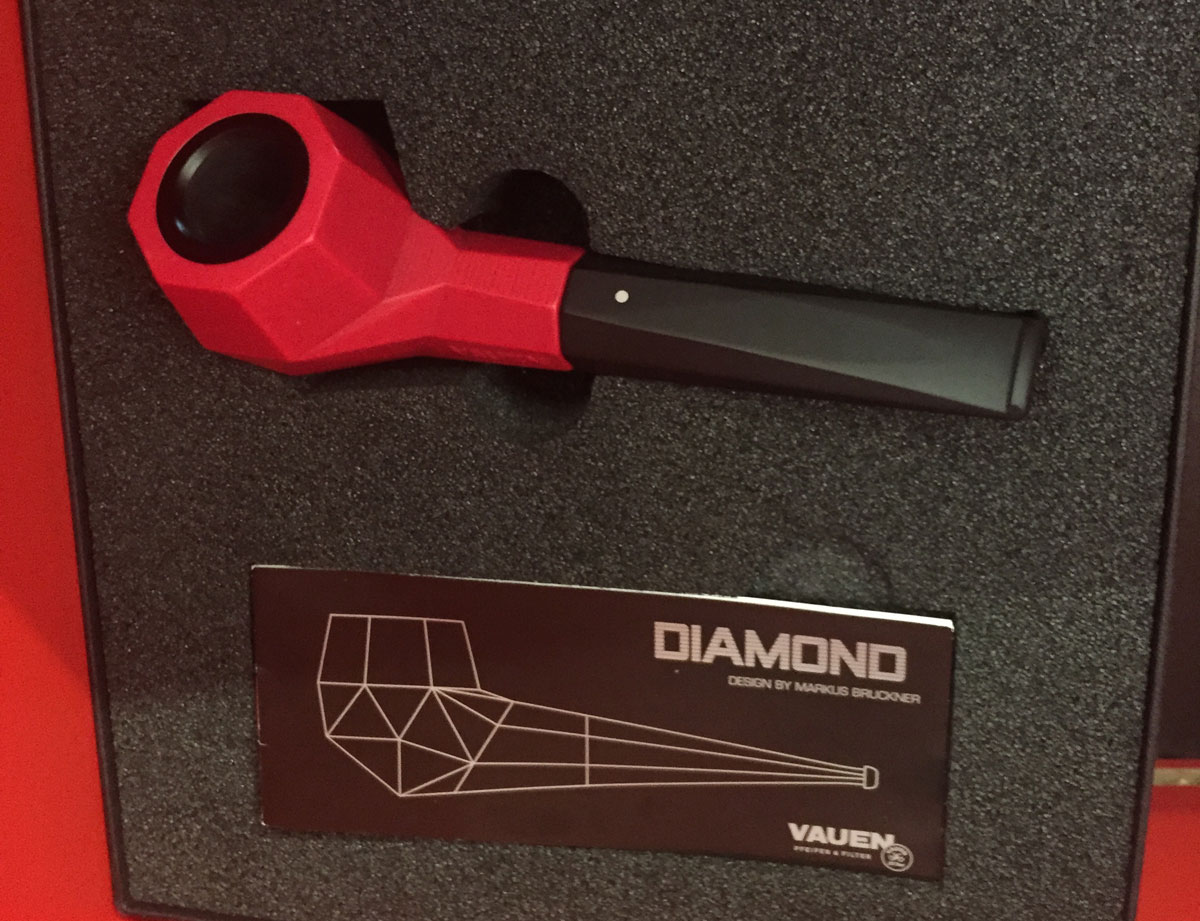 A futuristic looking, geometrically complex pipe, laser sintered in temperature resistant tecnopolymers, seems counter intuitive in an apparently traditional world such as that of tobacco pipe smokers. Tobacco pipes date back to the discovery of the Americas (tobacco did not exist in Europe), where natives had been using them for centuries (while, in Europe and Asia we used pipes for smoking other things). Yet the Diamond 3D printed pipe, which is based on a prism-like design by Markus Bruckner, has been very much appreciated by “pipers” worldwide.

“At its first presentation at the 2014 InterTabac show in Dortmund, this pipe was excellently received by everyone,” Alexander Eckert, Vauen’s Managing Director & partner told me. “It was also honored with a special award as the most attractive novelty in the pipe sector.” Apparently, traditions are meant to be broken or replaced with new ones; however, while trying a new shape may be common, experimenting with new materials and manufacturing methods is more of a challenge. 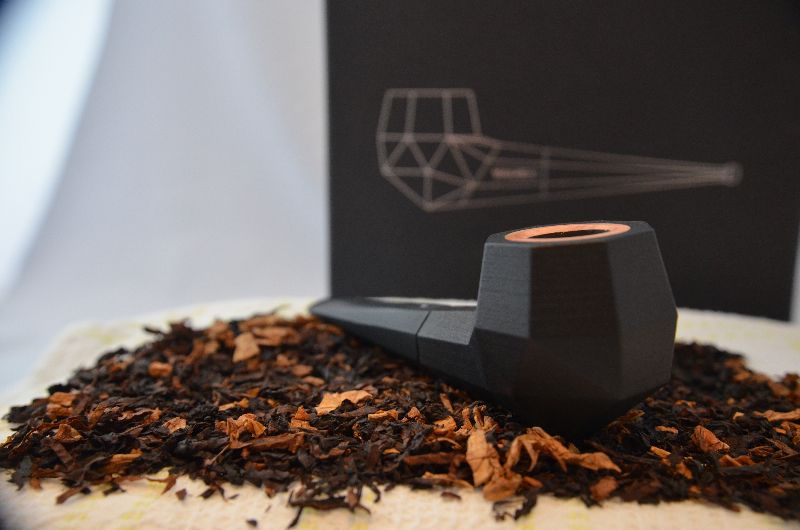 “Originally we did not want to make the Diamond as a 3D printed pipe,” Mr Eckart admitted. “However it was shown during the development that this pipe could not be made by hand from wood because of its design with many facets. That is why we decided to turn to 3D printing.”

Designer Markus Bruckner had been collaborating with Vauen since 2005 and has used 3D printing, though external services, as a development tool to gain a better understanding of the shapes he creates. “I saw the prism design as being very popular at this moment,” he explained to me. “You can see it in different sectors of graphic design, industrial design, fashion design an so on. That inspired me to translate the familiar form of a pipe into the shape of a diamond.” 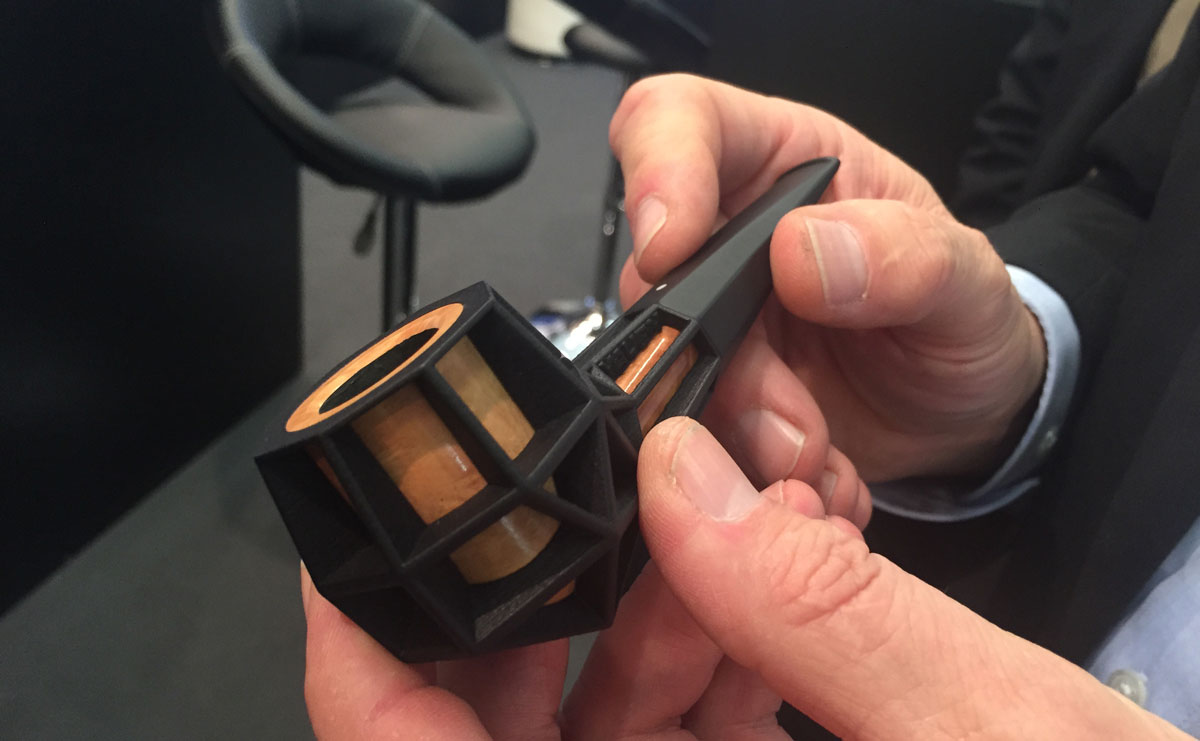 There is a consensus among tobacco pipe smokers that the shape of the pipe can have a very strong influence on the flavor and the enjoyment derived from a particular type of tobacco. Many “pipers” like to explore new possibilities in order to find the ideal combination of shape, size, and tobacco blend for any ideal situation. The possibilities are already quite limitless, but 3D printing has literally introduced a new dimension, made of geometrical rather than rounded-off shapes. Vauen is already working on new models and colors, taking an almost two century old tradition into the 21st century. Isn’t that what 3D printing is all about?