The wearables industry is just beginning and one company is already priming itself to take advantage of a young market.  DynePod has launched on Kickstarter and is already receiving a flurry of attention from the mainstream press for their connected, programmable, 3D printed devices for kids. 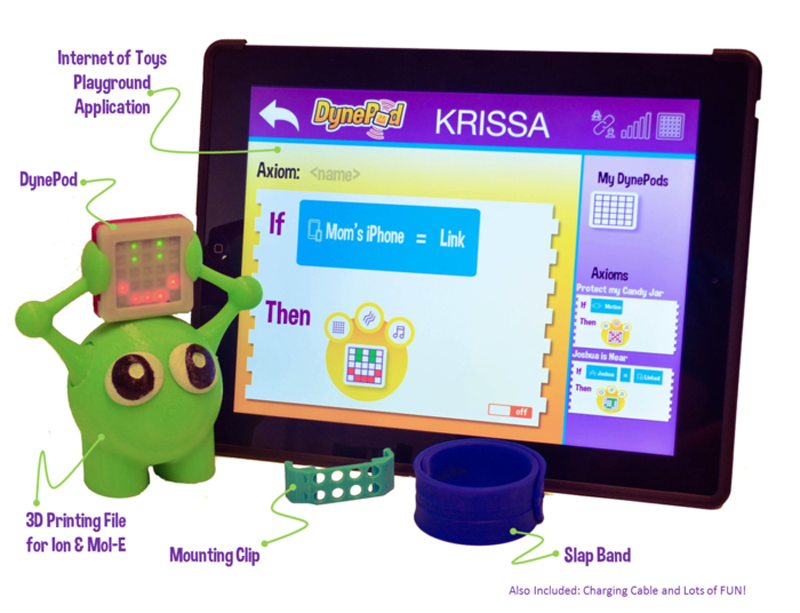 Originally developed with funding from the National Science Foundation, DynePod is a programmable and wearable 3D printed device for kids.  The Aruidno-powered module includes multi-color LEDs, motion detection, gesture recognition, vibration and auditory feedback all wrapped in a 3D printed cube and attached to a slap band via a printed mounting clip. The device itself is codable using a blue-tooth enabled tablet or smartphone app so that its young users can start learning to program at an early age. With its basic IF/THEN interface, wearers can code their LED canvas to perform simple tasks, such as making a buzzing noise when motion is detected or displaying a smiley face when a fellow DynePod wearer is near.

That’s right: on top of the DynePod’s programming functions, the wearable is a social device. With its bluetooth connectivity, the DynePod can communicate with other devices that it recognizes, so that young people can program their bracelets to interact with one another. I shouldn’t limit the DynePod by describing it as a bracelet, as the pod itself can be removed from its mounting clip for other uses, such as attaching it to DynePod’s 3D printable Ion and Mol-E characters or onto Lego constructions with its Lego-backing. The company will also be launching a range of other customizable, 3D printable designs to attach the pod to shoelaces, hair clips, and more. 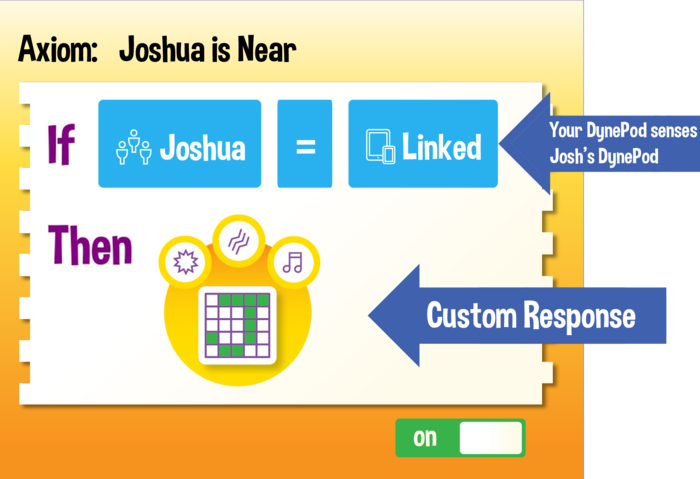 All of this is part of the Dynepic‘s, the developer of DynePod, strategy to bring their knowledge and skills learned from tablets and back out into the physical world. Dynepic is attempting to build an Internet-of-Toys (IoToys) to connect their computer learning to real life by programming devices that have an actual impact on the things in their environment. And, once users get past the basic level of DynePod learning, the device can be further programmed via the Arduino board, making the DynePod a stepping stone to more advanced hacking and making. 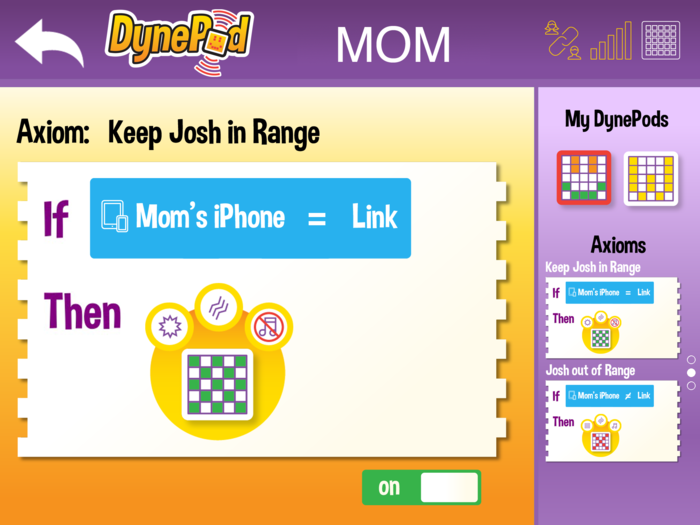 Parents will have some control over the devices, too. For instance, through the Tablet app, parents can set who can communicate with the DynePod, set alarms, or program the pod to send notifications when a child has gone too far out of predetermined boundaries. This may be the perfect tool for turning your kid’s big brother into Big Brother, for babysitting purposes.

I don’t know about you, but my wife and I would like to get one for my bearded dragon, Shanté. That way, we can program it to alert us when she’s coming into the room or if she crawls under a bookcase. What do you think? Would you get one for your kid or reptile? When/if they launch, they should run in the $99 price range, as the early bird price for one DynePod is currently set at $79. If you’re interested in learning more, head to the Kickstarter page or watch the campaign video below: