“B” has been the magic letter for Doob lately. “B” as in German top football (as in soccer) team BVB Borussia Dortmund (or as in “Bee”, the team’s black and yellow mascotte) and “B” as in Barcelona and Berlin, the two European capitals where Doob has just opened two new 3D stores. Another one might be “B” as in baseball, since Doob has also signed a deal with the Major League Franchise of the Detroit Tigers. It does not get much more “B2B” than this.

We have covered Doob Group a few times in the past. Although it does not get the right amount of press in mainstream media (or even in 3D printing media for that matter), the German company led by Miki Devic is one of the biggest movers in the 3D scan/3D print shop arena. It has already opened six “Doob Stores” (with one more on the way in September), where people can walk in and get 3D scan in the proprietary “Dooblicator” booth, to then get 3D printed using 3D Systems sandstone-based, binder jetting, full color technology. 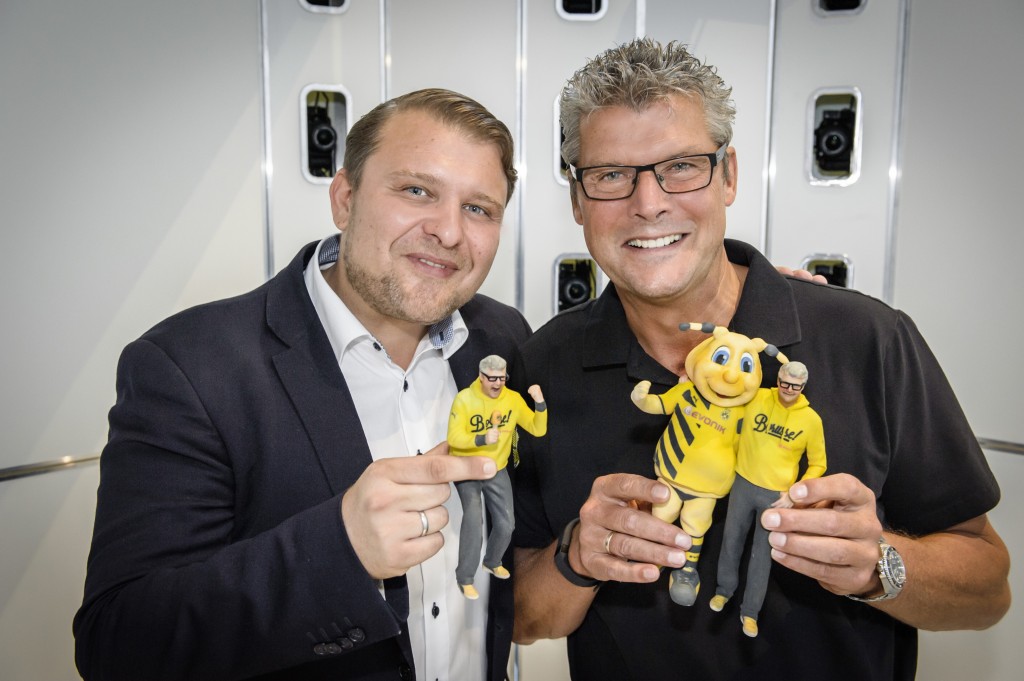 Doob also offers several other 3D printing services to enterprises, especially in the entertainment arena. It has already worked with huge brands such as UNIQLO on specific marketing activities involving the “Doobs” (what the company calls the 3D printed Mini-me’s). The latest, extensive marketing partnership with BVB Borussia Dortmund might be the biggest deal to date, as the German Football side may have had a difficult season last year but was a National Champion and Champions League finalist only a couple of seasons ago.

BVB, which stands out for the trademark black and yellow colors, is one of the European football clubs that invests more on marketing. The deal with Doob will help bring its exclusive merchandise across Europe, the US and Japan, making it the first football club to officially form a holistic 3D technology partnership.

This included the installation of a co-branded BVB Doob Dooblicator Scanner at the BVB Fanworld facility (next to BVB Stadium) for a two week period, with a more stable presence and roadshows scheduled for the months to come. The Dooblicator will be used to create exclusive 3D printed figurines of BVB fans together with team stars such as Marco Reus, Mats Hummels, Aubameyang and Mkihtaryan, in several different sizes.

While working at the BVB Deal, which Miki revealed may in the future be expanded to other teams, the company also opened two more stores in two of Europe’s most visited capitals: Barcelona and Berlin. They add up to the other stores that are already in place in Düsseldorf, New York City, Los Angeles, Tokyo, with one more to open up in Sidney, Australia, before the end of September.

The newest stores are also the subject of the Vodafone Blogger Project – I show you the world. During a European Tour through 5 cities, Berlin, Amsterdam, Rome, Barcelona and Reykjavik, Doob set up  a live-scannings session in the Berlin store which was followed by another session at the Barcelona store. The Dooblicator system is basically an integrated photogrammetric 3D scanner that can be transported easily to sports and entertainment events. Now the Detroit Tigers Baseball Arena has one and it looks like many more are going to follow. 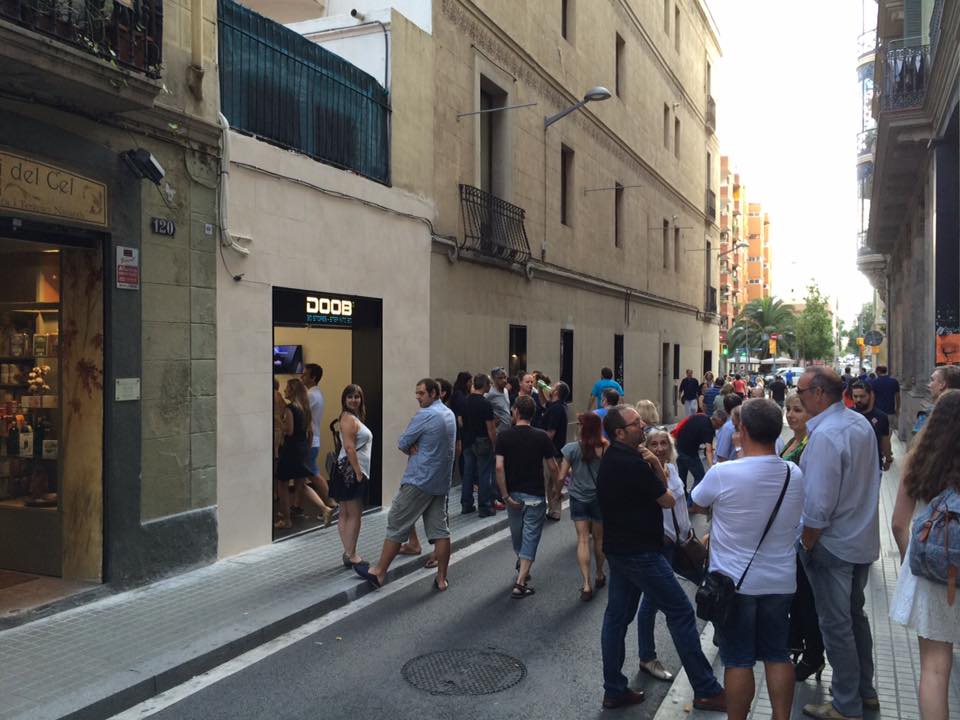