Disney Research teamed up with researchers from Columbia University to develop a method for 3D printing animatronic models with realistic movements, using as few as a single, movable joint. 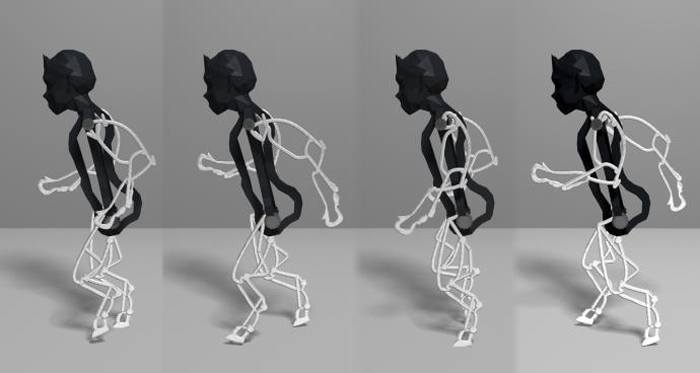 According to a paper recently published by Disney Research, the process creates functional animatronics that mimic realistic movements with simple mechanical manipulation. Essentially, it allows users to create an object, design the desired movement path, and then automatically reduce the amount of motors required to create that movement. Without the aid of this software, such a simplified design would be virtually impossible for most people; however, with the software, anyone can do it in a matter of minutes. Here is a video overview of the process:

Once a 3D model and its required movement path is input into the program, each joint on the model that would require a motor in order to produce the desired motion is generated. The program that Disney Research developed, allows the user to replace these motorized joints with rigid joints that are connected with a series of links between individual components that ultimately mimic the same movement path of the motorized joints.

First, users select the motor joint that they want to eliminate and then select two unconnected components to tie together. A link between the two components is then generated that mimics the movement of the mechanical joint. The program will create several different movement paths to couple the two components, each yielding a different aesthetic look. The user simply needs to select the option that is most suitable for their needs. The process is repeated until each mechanical joint is replaced, and, if any couplings are not satisfactory, users can simply select different components to join.

The end goal would allow each movement to be controlled by one motor point. The final result of this process may not be ideal at this stage, but the next step is intended to further refine the finished structure and align it closer to the desired movement path.

Not only does the program have obvious applications for many of the life-sized animatronics at Disney parks, but if integrated into 3D modeling programs it can help easily create objects with a much more dynamic range of motion than would be possible for most users. This could aid in designing extremely complex objects with multiple, movable parts that can be 3D printed in a single piece.

You can learn more about Disney Research and their study on their website, and you can download the full study called Computational Design of Linkage-Based Characters in order to see the complete process.