In October of last year, while managing the construction of an addition to his home, a 46-year-old farmer named Hu was struck by a pile of wood and plummeted three storeys, crushing the left side of his skull.  The accident resulted in shattered bone fragments and a large depression in the side of his head, causing him to have double vision and making him unable to speak or write.  He can still walk, hear, and understand, however, so that he is not immune to nicknames like “half headman” and “Frankenstein” that have been given to him in his home county of Zhouzhi. 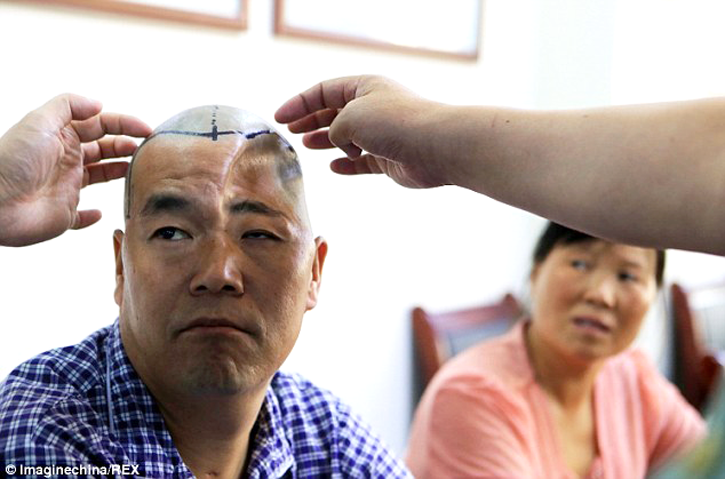 Fortunately, surgeons at the Fourth Military Medical University in Xi’an, Xijing Hospital, have stepped in to repair Hu’s skull with a 3D-printed titanium mesh custom-made just for him.  The mesh has been crafted to match the exact specifications of the 14cm x 9cm area of bone damaged by the accident.  Neither the surgery nor the 3D printed implant would have been affordable for Hu, had it not been for the sponsorship of international medical tech firm Stryker and Xijing Hospital, who have paid for the implant and the procedure, respectively. 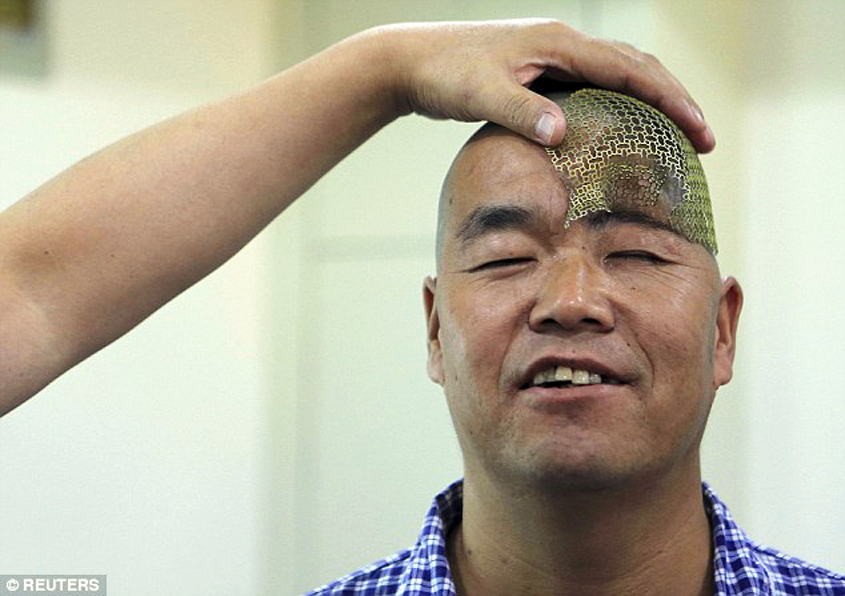 The surgery took place yesterday, performed over the course of three and a half hours and overseen by Professor Shu Mao Guo, the hospital’s head of Plastic Surgery, who had consulted a number of international experts.  In installing the implant, the surgeons were required to separate the temporal muscles at the front of Hu’s head and, also, had to separate Hu’s scalp from his meninges, a thin coating of membranes that protects the brain, which had fused together after his fall.

Thanks to the 3D printed mesh, Professor Shu explained that they were able to create a shape that accurately mirrored Hu’s own skull and that the titanium itself would be more likely to be accepted by his body, reducing surgery time and the incidents that could have occurred during operation.  Hu has sucessfully made it from the operating room to the ICU, where he will be observed during his recovery.  And, after four or five days, the doctors believe that Hu can be released from the hospital.  With time, they hope, Hu’s brain tissue could regenerate and restore his ability to speak and write.