Last week, I wrote an article about a company called Changing Technologies Inc.  I reported on what I suspect is a “pump and dump” scheme, also known as microcap fraud.  To briefly summarize, I detailed a chain of events that took place from June 2013, when the company was incorporated, to July 29th 2014: Changing Technologies issued 12 million shares of common stock at $ .001 a piece, 9 million of which were bought by a company called Bordesly Group Corp., an untraceable Panama corporation from the first CEO, Matthew Egna, who listed the company’s headquarters in rural Florida, shown in the picture below.  They described themselves as a health tracking software company at this point, and did nothing for almost a year.  No press releases, and basically no business reported quarterly.  The other 3 million shares were sold in October 2013.  I still can’t track down who purchased these.  On July 2nd, 2014, Omar Durham was named as the new CEO.

They (the board of directors?) began to write press releases about 3D printing at this point and distributing them.  How?  By signing up, paying and getting approved to become a member of Business Wire, a Berkshire Hathaway company and starting rumors of an acquisition.  They did subsequently “acquire” Sumlin Technologies, which shared an address (see below image) with Sumlin Aviation and Alassandra Yarn, for $150,000 ($50,000 of which was paid on July 25th, 2014). 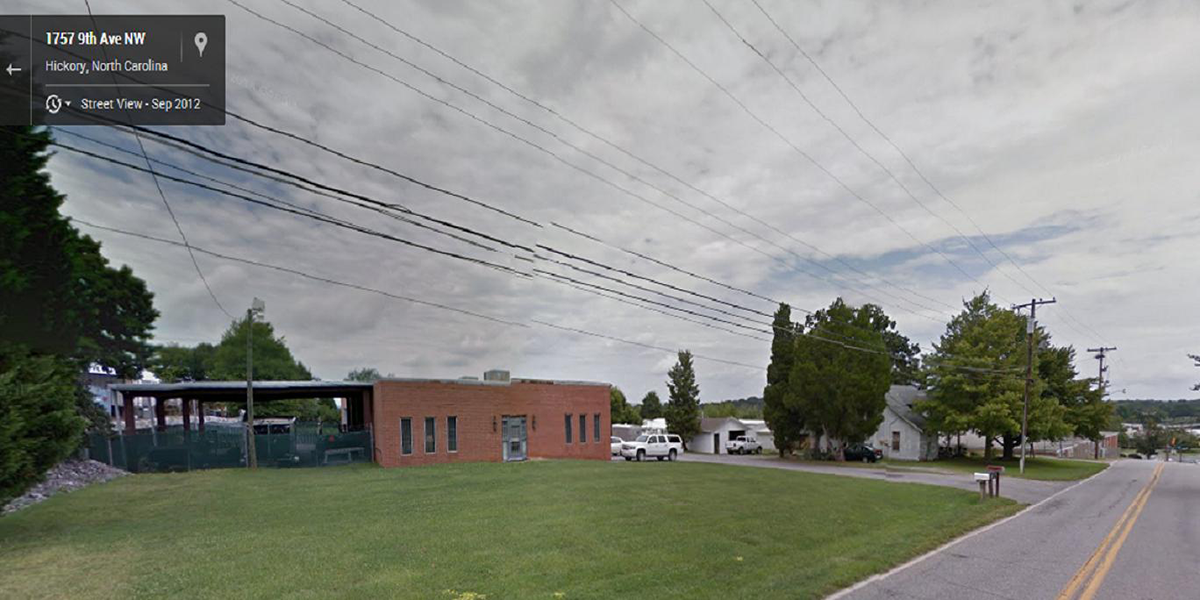 Although the company is listed on Bloomberg Business Week thanks to CHGT’s membership to Business Wire, they do not have any members of a board of directors listed.  Two weeks after the IPO, they announced a 5:1 split in a press release, and the stock shot up.  Right after I wrote the article, the stock price continued to spiral, and then…

Here are some of the highlights from their latest press creation.  “Canada has embraced 3D printing. A number of 3D printing companies are setting up shop across Canada to meet the growing demand for this kind of cutting-edge technology. 3D printing is changing the way we make things here at home and around the world,” CHGT CEO Omar T. Durham said. “We are working to expand our 3D printing footprint internationally and with Canada fully on board with 3D printing, we are excited about the possibility of acquiring licensing and printing partners there.”

Look at the vague connections here.  They are basically equating their company’s internal progress with growth projections of the entire industry.  I’ve reached out to Omar T. Durham, the CEO, in every way I can.  No response.  I’ve reached out to Adverion Inc., the supposed software collaborator creating their software portal marketplace project that’s going to take the world of 3D printing by storm.  No response.

Check out their sketchy non-hyperlinked client list.  I looked up a few up, you’re free to do the same, and if you do you’ll probably get suspicious, as I did.

At the bottom of each press release, there is a link to their investor trap, which begins by feeding your eyes an obvious question, “Why invest in CHGT?” which it answers with a stunningly generic quote about the industry from CNBC: “The global 3D printing market estimated to reach 16.2 billion by 2018.”

Amazingly, investors seem to have taken the bait, and the company with 26,000 dollars in actual assets rose to about 1 dollar per share, giving it a market cap of 73 million dollars (Down from 80 million last week).  I can’t decide which is more unbelievable, that investors literally trust whatever press release is spewed from Business Wire or that to buy this company, I would have to spend 73 million dollars and I would get a bad website and a membership to Business Wire.

I had really hoped to hear back from anyone connected to the article I wrote.  No one connected to Adverion Inc. or Changing Technologies Inc. has responded to any of my requests for information.  I expect to see more bogus press releases from them, and they are — almost — amusing to me.

Gee, I’d better get out my wallet.  Why is this story important?

I’m guessing that this company is the Enron of 3D printing.  They quite literally have no products or services, and their press releases are starting to have less of an effect, as the stock begins to shrink into nothingness.  The serious side of this, though, is that dummy corporations and shell companies like this are a threat to the real small companies and startups who are deeply passionate about the technology and do not want to see their opportunities extinguished by finance savvy charlatans.  Expect to see them and their bogus stock drop off the map, quickly and suddenly.