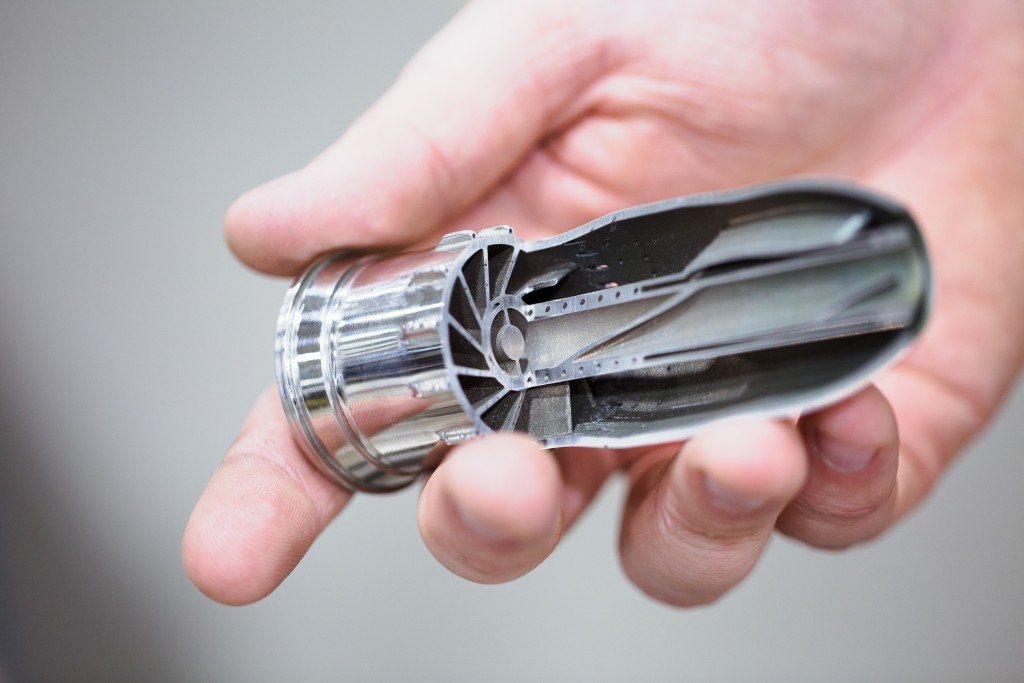 The Centre for Additive Technology Advancement has opened in Pittsburgh and if it lives up to its potential, the General Electric-owned company could change the entire face of manufacturing.

Pittsburgh has reinvented itself in recent years. The industrial city has become the East coast’s answer to Silicon Valley and CATA sits alongside the likes of Carnegie Mellon University, which has one of the most advanced robotics departments in the world. Tesla and Google have laid down roots in the city with major offices and the city is home to the world’s most sustainable building.

A $50 million gamble on 3D printing

GE has invested more than $40 million in this high-tech centre for 3D printing excellence, with 50 full-time staff working there, and will pump $10 million more in this year.

It’s easy to see why. The company covers a vast array of industries that have a constant demand for development parts. GE Aviation needs jet engine components, GE Oil & Gas needs valves and there are a huge number of other requirements each and every day in the far reaches of the GE empire.

CATA has a number of direct metal laser melting machines that can print directly in metal alloys and by the end of the year it will have a machine that can print four parts simultaneously. They can, theoretically, be used for mass production of basic parts and GE will certainly be looking at this as part of the business plan. The potential is almost endless.

These DMLM machines build parts from layers that are between 20 and 80 microns in thickness and can lay down 1250 layers per inch.

“It’s exactly like welding, but on a microscopic scale,” says Brian Adkins, additive manufacturing engineer in charge of the machines.

For rapid production of prototypes, another essential part of any high-tech industry, CATA can call on its sand binder jetting machine that uses chemical glue and sand to create a casting mould that is effectively as strong as concrete. That reduces the lead time for a prototype part from weeks to one day or less.

It cuts down waste too

The waste involved in machining these parts the old-fashioned way is simply immense. With 3D printing, the company can print the parts from base powders, reclaim the waste and get started on the next. It’s a massive initial investment, but it will inevitably pay for itself in terms of the money GE saves on parts bills alone. Outsourcing their own technology to customers should turn it into a formidable business, too.

We needed a company like GE to commit fully to 3D printing. Now it has, the whole industry could feel a significant boost.

“Our mission is to ensure additive technology becomes a standard part of the tool kit for each business,” CATA chief Jennifer Cipolla says. “By having a shared facility, they can share the cost burden and we can advance the technology across the entire company much more rapidly than if they were to invest individually.”

3D printing is an industry in its infancy

GE knows that it has a major task ahead to drive the industry forward and ensure that the printers themselves get more advanced in a bid to improve the tolerances, structural integrity and complexity of the resulting products.

The whole production process will change, that means that designs that simply couldn’t be produced by milling from solid metal could be introduced with 3D printing. Even the metal itself could adopt a new structure that is lighter, stronger and better. CATA, then, is far more than a simple printing facility, it’s a test bed that could change the manufacturing world.

CATA will almost certainly work with Carnegie Mellon, which has recently embarked on a project to 3D print a human heart and other biological tissue. It also intends to deconstruct the whole production process for industrial parts to ensure high standards and the fastest possible manufacturing techniques.

It’s all in the application

The company will have its own ‘industrialisation lab’ where it can evaluate any company’s processes. Technically, this lab could install new working practices in production and assembly plants around the globe and streamline factories en masse.

So CATA will certainly have a profound impact on 3D printing, but it could also change manufacturing around the world.