While 3D printing metal firearms isn’t necessarily the most cost effective way of obtaining a gun, it is objectively easier. Without those pesky security checks (which, let’s be honest, aren’t really doing much anyway), basically anyone can get their hands on 3D printed gun. And while their non-metal counterparts are a bit cruder, they still function and are much cheaper to produce.

But now America is trying to make it more difficult for these firearms to slip through the cracks. Governor of California Jerry Brown has passed a law requiring makers of 3D printed guns and other homemade firearms to apply for an official serial number from the Department of Justice, a process which requires a background check. With this law in place, anyone not complying will be charged with a misdemeanor. While this was talked about back in 2014, it has taken 2 years to pass the law, and it will be another 2 years before we see it put in effect. 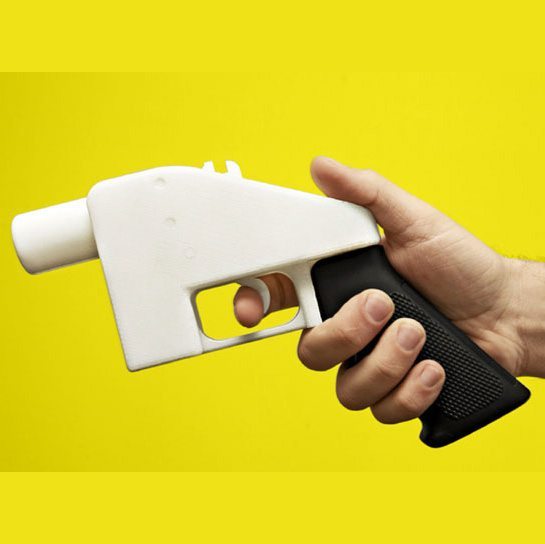 Alongside the registration and non-distribution laws, California has introduced legislation requiring plastic firearms to have a piece of stainless steel embedded in them, making it impossible for them to slip through metal detectors. “Ghost guns”, as they are often referred as, will be easier to track, trace, and harder to dispose of (melting the gun to hide a crime, for example).

Speaking to the California Senate, the California Chapters for the Brady Campaign to Prevent Gun Violence said “Due to the materials from which these guns are manufactured, they would almost certainly not pass the testing requirements in the Unsafe Handgun Act and therefore would not, under normal circumstances, be legal for sale to the public. Furthermore, plastic guns have the ability to pass through metal detectors where they can be used to cause harm in sensitive places.”

Gun rights lobbyists have been critical of the new legislation, with the president of the Firearms Policy Coalition delivering the following statement: “Today’s action by Governor Brown shows how craven California’s despotic ruling class has become. The Legislature has abandoned the Constitution, representative government, and the People of California. I fully expect the People to respond in kind.”

Hopefully “the People’s” response will take into account the vast number of mass shootings that occur across America every month.