A group of Sicilian students have won AXA Italy’s Social Impact Award with a new vending machine that takes waste plastic and recycles them into a 3D printed smartphone cover.

Recycling initiatives are getting more advanced and they range from fines to not using the right bins through to financial incentives to return empty bottles and glassware to the store in Germany.

Frustrated by the lack of progress in their small town on the idyllic island of Sicily, though, the group created the MyProGeneration. They hope that it will provide a colourful and unusual incentive to pick up and recycle plastics that are becoming an increasingly common problem.

Plastic bottles are a big problem

Drinks bottles are largely made of PETG plastics and these are clogging up landfills in the Third World, as well as causing a serious problem in Europe. Bioplastics are the ultimate answer, but we haven’t cracked the code to produce those commercially yet. Until we have biodegradable PETG, then any venture like this is to be applauded.

Other ambitious plans to tackle the problem include a filament made entirely of recycled drinks bottles collected by people in developing nations from Reflow.

As well as the award, the students have received a huge number of enquiries for the vending machine that is, essentially, a front for a desktop 3D printer and a recycling unit. People feed the machine with bottles, which it grinds down into pellets that it then melts and recycles into filament that it uses to print a variety of smartphone cases.

It’s basic technology that would not rate a second glance if it didn’t have the vending machine angle going for it. But it does. 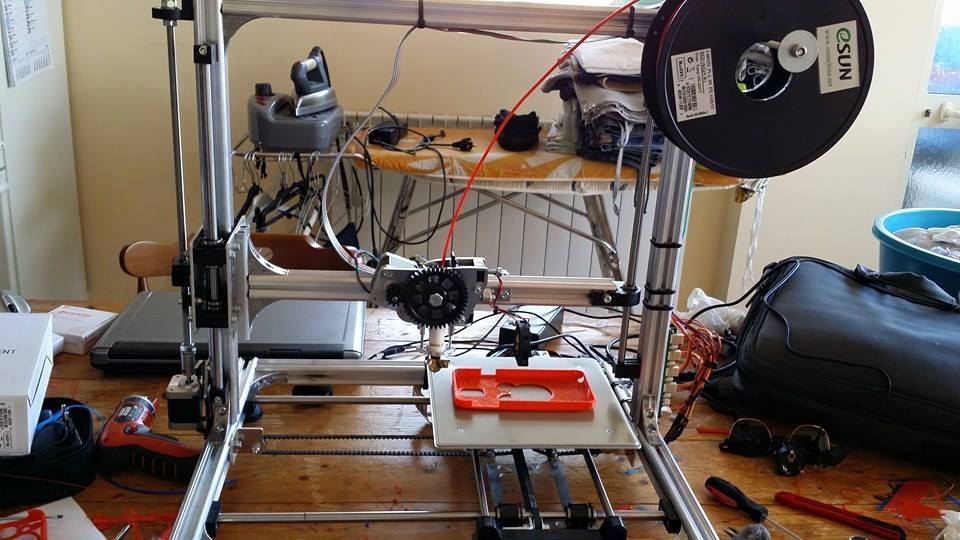 It doesn’t actually print from the same plastic

Of course the smartphone cases are already in the machine and it must use the plastic to produce the next one, as printing each smartphone case could take hours and it just isn’t practical for the public to wait. They can choose from a selection of 15 cases, which is a good start for such a low-budget effort and with a little funding then the machine could easily offer a bigger range.

It’s a novel concept that helps the general public use recycled plastic as currency, though. If nothing else, then it’s a step in the right direction. Of course, there is room for improvement, but this is a student effort that combines recycling with 3D printing. It’s a simple, neat idea that could easily translate to other recyclable materials and encourage people to separate their trash.

For now, we should just give the Sicilian team a big pat on the back for a great concept that has captured the public imagination and drawn attention to recycling in Italy.