French company Carbios has taken a massive leap forward in the quest for environmentally friendly bio-plastics.

It has revealed an enzymatic polymerisation process to convert lactic acid into a homo-polymer of PLA.

In simple terms, that means that we can simplify the production process of bio-sourced PLA and cut the intermediate steps. They involve condensing the lactic acid and then purifying and polymerising the resulting substance to produce PLA. This shortcut makes the whole process quicker, cheaper and potentially cost-effective.

We have the means to make much more environmentally friendly products right now, but the final price of the filament is crucial and there are very few consumers who could bear the cost of bio-sourced PLA as it stands right now.

As PLA production capacity could potentially hit 400,000 tonnes in 2020, it’s a major market and reducing the environmental impact of each and every spool of filament will have a significant effect in the long run.

This breakthrough from Carbios, then, represents major progress and potentially means that the final price of bio-sourced PLA could come within striking distance of the traditional process. Carbios worked with a series of Toulouse-based partners on the R&D program.

“My partners and I are proud to have successfully met this scientific challenge, and to have developed the first microorganism capable of producing a 100% PLA polymer of high-molecular weight,” says Alain Marty, Chief Scientific Officer of Carbios.

This is just one step closer

This validation of the in early lab results is just one more step along the way towards a more effective and environmentally friendly PLA. Effectively this landmark means that the collaboration between the industrial partners will continue to the next stage. It doesn’t mean much more than that right now, but the results are still encouraging.

That’s because if Carbios can crack this code on a commercial level, then the results could be applied to other biopolymers, including PHAs. Polyhydroxyalkanoates simply aren’t big business right now, but they have potential and could theoretically replace conventional plastics in the end.

If this method helps the industry produce bioplastics with competitive performance and price point, then this will make the transition from fossil fuel-based polymers that much easier. 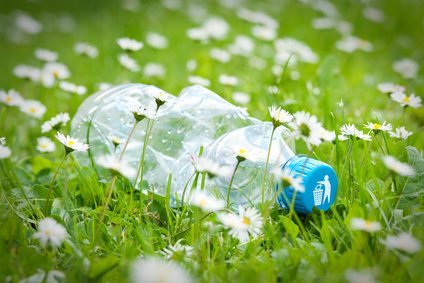 A large part of the business

Carbios currently holds five sets of patents for the production of bio-polymers and 17 patent families in total. It’s clearly the driving force behind this French company and it is making great strides that could benefit the industry and the world at large.

“Since the launch of the Thanaplast project, we have announced our will to develop, by biological means, a bioprocess for the production of PLA so to increase competitiveness of one of the most promising bio-sourced polymers on the market,” said Jean-Claude Lumaret, CEO of Carbios. “Today, it has become a reality that will enable us to work with large industrials to establish our technology in a fast growing market.

“This innovation, a result of our collaborative model, is perfectly in line with the recent direction outlined by the French “Energetic Transition Law” for green growth and the emergence of bio-sourced products.”

Viable bioplastics are getting closer

Commercially viable bioplastics will make 3D printing even more appealing as a manufacturing process. One of the great strengths of additive manufacturing is that it cuts transport from the supply chain and lowers the environmental impact.

So if the likes of Carbios can help slash the impact of the actual production process itself, it can only help 3D printing’s cause in the wider world.

We’ve got high hopes for this one.