The Titanium Age: Interview with Metalysis

With announcements this year of new facilities and increased investment from major companies, UK company Metalysis appears on the cusp of facilitating a revolution in 3D printing. I interviewed metallurgist and business development director at Metalysis, Dr. Kartik Rao to learn more about how they plan to drastically reduce material costs for additive manufacturing.

Titanium is a classic case of a material well suited to additive manufacturing, or 3D printing. Subtractive manufacturing techniques such a milling a titanium billet, or chunk, result in a high level of wastage. Whereas using spherical titanium powder with AM techniques such as laser or electron beam powder bed fusion 3D printing is less wasteful from a materials perspective.

The many attractive characteristics of titanium such as resistance to corrosion, extreme temperatures and strength-to-weight ratio are countered by its high cost relative to other metals. This economic factor has confined use of the periodic tables 22nd element to industries where other factors hold greater sway. For example, the commercial aerospace industry use titanium and its alloys for many critical airframe and engine components. But unsurprisingly given their budgets it is in military aviation where the majority of consumption takes place. The non-reactive nature of titanium also makes it an important biomedical material, for example in surgical implants such a hip or knee replacements.

Titanium is actually a fairly abundant material, ranking 9th most common in the earth’s crust where it is found in mineral deposits such as rutile or ilmenite. Separating it into a pure form was a challenge that took 119 years and was first demonstrated in 1910 by Matthew Hunter, a metallurgist working in New York. But, it was not until 1936 that William J. Kroll discovered a method that could extract high volumes of the pure element. Titanium in service today is most commonly made by the Kroll method, a technique reliant on many stages and also energy intensive. Kroll anticipated his method would be superseded relatively quickly, but it was not until 1997 when a group of scientists at Cambridge University in the UK working on molten salt electrolysis hit upon a new technique. 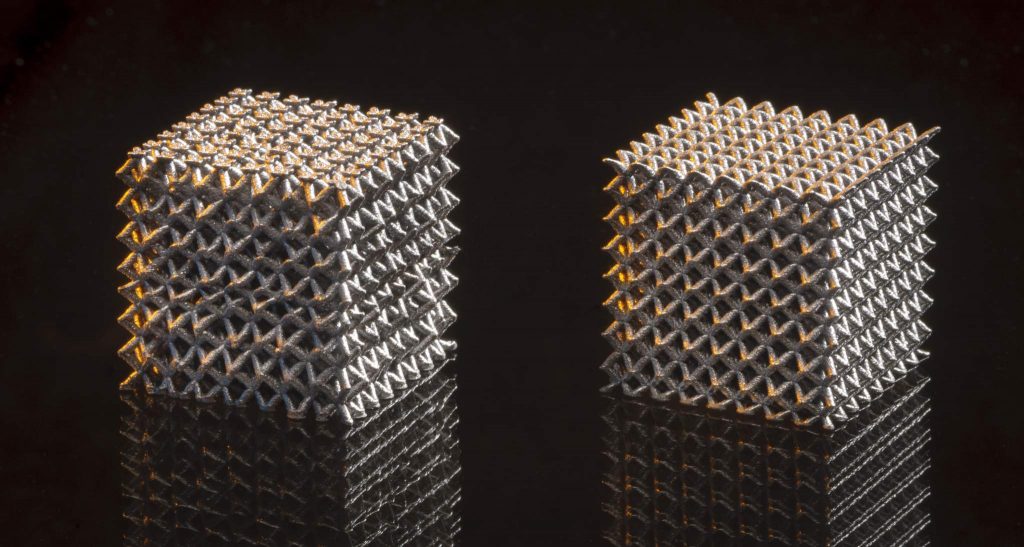 The following year a patent was filed for the Fray, Farthing, Chen (FFC) Cambridge process and efforts commenced to scale up and commercialise. After a series of aborted attempts and much legal wrangling, Metalysis has emerged as the sole holder of the rights to the FFC process.

Metalysis are based approximately 10 km from the northern town of Sheffield in nearby Rotherham. The area is known for its important role in the first industrial revolution and also for developing stainless steel. When Dr. Rao joined the company in 2008 he was the 25th employee, now the business employs approximately 70 and has plans to recruit a further 15 employees this year. “We’re looking to recruit more engineers and commercial people to really hit the road and sell more licenses and so on,” he tells me.

I asked Rao about the FFC process, “At its most fundamental level it converts metal oxides into metal powders.” He continues, “We take something that looks like white paint and we pull that into our process and convert it into a grey metal powder. The process is electrolysis based. We use a carbon anode in molten salts, which in our case is calcium chloride, and electricity. If you were to look for the closest analogy it would be method used to create aluminium on a daily basis. Its not exactly the same, but very similar. The only difference is that where they use a solid feedstock to produce a liquid product, we pour in a solid feedstock to produce a solid product without melting the feedstock. And that’s really the beauty of the process, because not needing to melt our feedstock and altering the process means we can make all sorts of novel alloys that are very difficult to do using conventional methods.”

“A conventional way of making metals today is to mix different metal elements together and hope they form an alloy. You have to match the densities, the melting points, the boiling points. It actually needs the solid state process and opens up the periodic table to us so we can make fascinating new alloys,” says Rao.

Lowering the Cost of Materials

I ask about how the Metalysis method differs from other techniques to produce metal powders, Dr. Rao’s detailed reply is provided in full, “So plasma atomization is one way of producing spherical powder for the additive manufacturing industry. Other methods include gas atomization and the plasma rotating electrode process (PREP). Those three methods produce spherical grades of powder that are suitable for additive manufacturing but typically have to use a milled product as a feedstock, typically a bar and it has to be alloyed as well. The cost of the feedstock is $60 to $70 per kilo. That’s the input cost for those processes. If the process uses a wire as feedstock, then the cost is even higher. These processes have to use a heat source and a high-pressure argon stream to atomize them. You end up with a huge yield loss because there are very few levers to control the size of the particles you produce. As a consequence particle size ranges from 1 or 2 microns all the way up to 500 microns. When you look at the laser based [additive manufacturing] processes they typically use powders between 30 microns and 50 microns. The electron beam processes use powders between 50 microns and 120 microns. So there’s a huge amount of yield loss because the rest of the material has to be basically thrown away as scrap or they have to try to find a home for it somewhere else.”

“We on the other hand, our input cost is an oxide. TiO2 [Titanium Dioxide], which in the case of the pigment industry typically costs about $2.50 per kilo. And we can alloy that with alumina [aluminum oxide]. We can mix it with the oxide. And most importantly of all we can engineer the particle size of the feedstock going into our process. We can use a granulation method to come up with a tailored particle distribution for each specific application. And what that means is when you put it into the process you know there is going to be a certain amount of size contraction because you’re ripping off the oxygen atoms. So we can predict that and predicting that we can target particular sizes at the end of the process. That’s an advantage of our process, controlled size particle distribution. We can make specialized powders for laser processes or electron beam processes.” 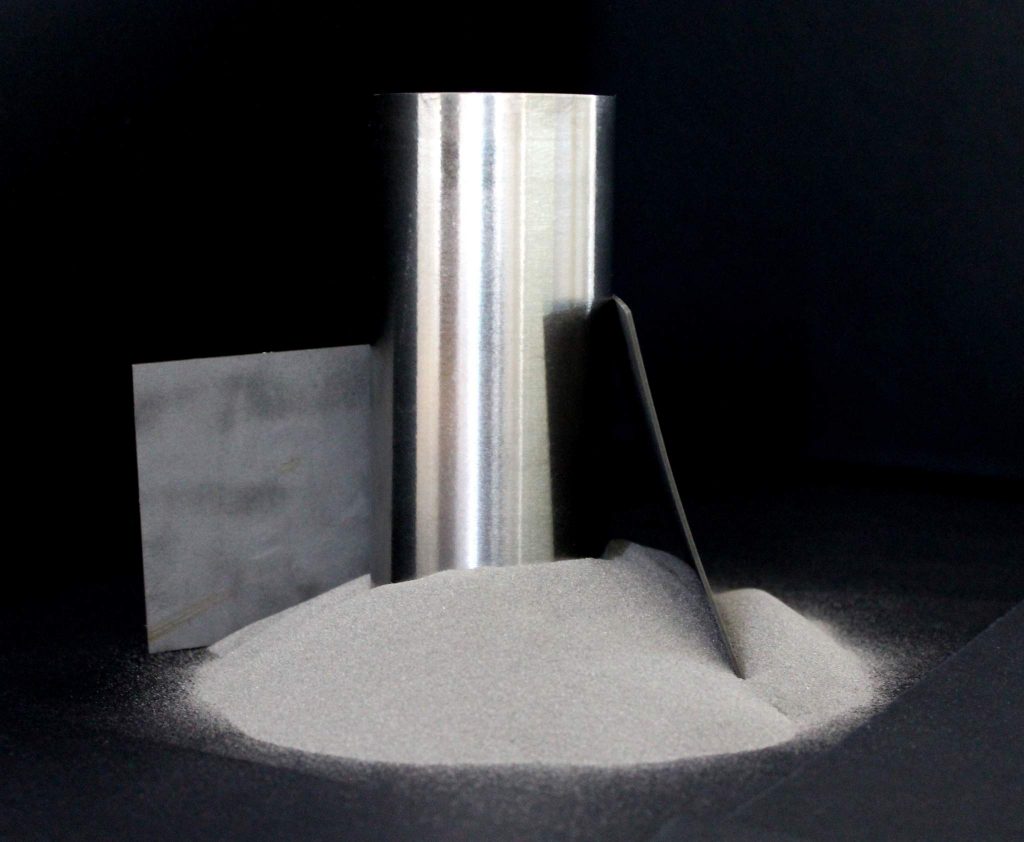 In 2005 all rights to the FFC Cambridge process were transferred to Metalysis. The company has not stood still in this time, “We’ve surmounted quite a few challenges. We’ve developed the process where we can produce the powder and alloy directly. Ten years ago it wasn’t so obvious how that could be done,” says Dr. Rao. He continues, “We’ve got over 30 patents now and we believe that provides us cover well into the 2030s and we’re constantly filing new patents based around the design.”

Titanium is not the only metal the company work with. They have developed production facilities for tantalum, also an expensive but highly useful metal. Dr. Rao explains, “If you talk about the tantalum market about 50% of use is in capacitors. The other 50% is shared between super alloys, mill products for the chemical engineering industry and biomedical applications. And that’s really the target market, chemical engineering and biomedical applications. It’s an expensive material so falls into the classic AM business case. With traditional manufacturing methods you have a high amount of wastage of an expensive feedstock and that’s where AM really comes into its own.”

“Previously we were working at a lab scale, but we are now well beyond the university lab scale. We’ve got chemical engineers on site and have developed our human capital to conduct operations using hot products and multi-salt technologies, which is a another leap for us.” Regarding volume he says, “The tantalum production facility is already operational and has a capacity of a few single tons a year. The titanium facility is going to be a little bit larger and is going to be capable of roughly over 10 tons per year.”

Given the 20 years since its discovery some industry insiders have expressed skepticism about Metalysis and their commercialization of the FFC process. Dr. Rao agrees and says, “I think that’s a fair comment to make. Metals processes and materials technologies in general do have long lead times to mature.” He continues, “we’re not a software start-up where access to a server farm and a few laptops is the basic requirement, this does require much more. You have to have operation procedures, health and safety processes and real life kit.” 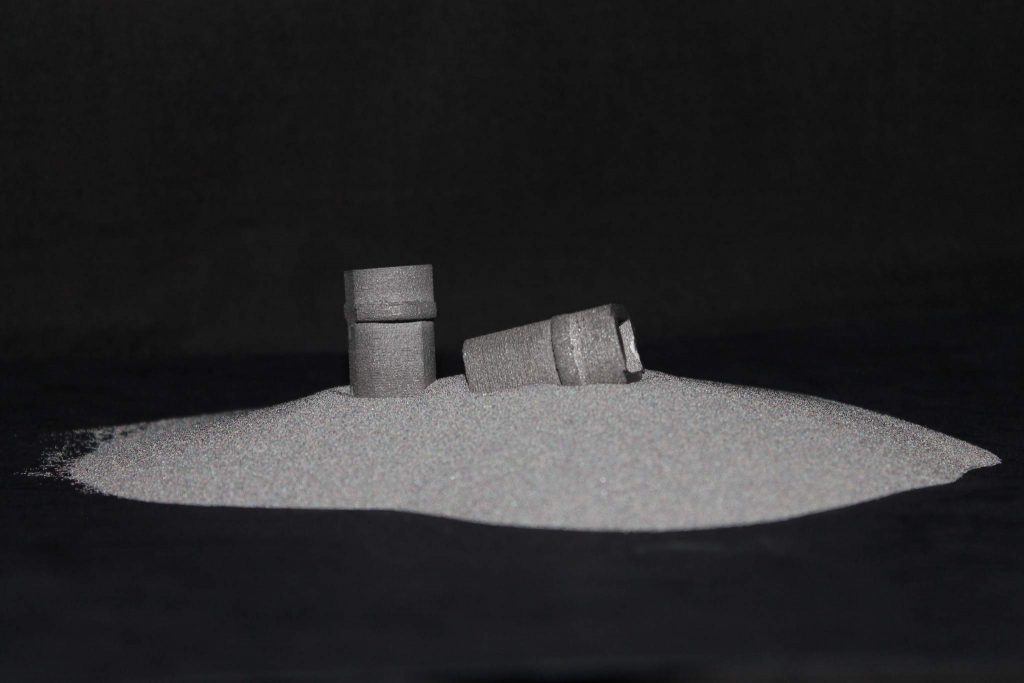 The sums involved, almost $30 million this year, and the sources of capital add weight to those words.

“We’ve received quite a bit of venture capital funding and we’ve also had the help of some strategic investors,” says Rao. These strategic investors are BHP Billiton, the largest mining company in the world, and Iluka Resources a major producer of titanium dioxide. “We also have the backing of a financial institution in the form of Woodford Patient Capital Trust, [established in 2014 by Neil Woodford] to be able to really develop the technology and build out the new facility,” he says. “We’ve developed the process where we can produce the powder and alloy directly. Ten years ago it wasn’t so obvious how that could be done. Developing the process to the point where we could use a powder in and produce a powder out, that’s been a huge stage for us.”

The FFC process has application for, “Around 30-40 elements in the periodic table and all the alloys that are derived from them.” The precise cost saving depends on a number of factors such as the scale of production and intended use of the end product. Dr. Rao says, “It’s effective enough that people are looking into it now as the only way they can make the breakthroughs that they require. Whereas titanium today is purely an aerospace alloy there’s no reason why in the future a combination of functionality and cost can’t be improved and make it the automotive material of choice.”

The company has announced partnerships with GKN Aerospace and is in discussions with other enterprises to license the technology. They also have an eye on other interesting markets for the future. “We’ve looked into a few of the battery alloys using rare earths. The renewable energy industry is one of the fastest growing industries over the last decade and we know that they draw down quite a few rare earth magnet alloys, that is one area where we’ve looked into. Those alloys are typically things like neodymium based and samarium based, so those are the ones that we’ve focused on.”

The first industrial revolution is often characterized by James Watts’ rotary steam engine. But the engine’s increased efficiency and power did not change the course of history alone. Other factors such as the discovery of a new method to refine iron by Henry Cort stimulated every major industry of the time. This combination of advancements in materials and new processing methods were catalysts that prompted the economic boom in cities such as Sheffield. With such a long history in the metal trade there is a pleasing symmetry in that the region may now be at the center of the next revolution in manufacturing.