Barcelona Keeps on Giving to the World of 3D Printed Designs

If you have ever had a chance to walk around the intricate network of alleys in Barcelona’s old city centre, you will certainly have felt that sensation where you feel that around every corner you will find something beautiful that you cannot wait to see, a continuous discovery. This aspect of the city probably contaminated the new generation of local designers experimenting with 3D printing technologies: once you start looking into what they do you often find a deep and intricate world of creativity.

It happened to me when I visited Growthobjects, and it keeps happening, with OpenKnit, Foodini and now again with Cunicode, a digital design store – operating since 2011 – that I just happened to run into while further exploring Barcelona’s 3D printing related activities as I was documenting myself for the article on the upcoming Fab10.

I found something that attracted my attention: a topographically accurate moon ring, modelled with planetary data from the Lunar Reconnaissance Orbiter LOLA. I am not much of a jewellery person tbh, but I do love astronomy. The idea was just so simple, and yet showed the potential of 3D design and 3D printing so clearly, that it just made me want to find out a bit more about its creator.

Cunicode is a one-man shop by Bernat Cuni, a product designer that specializes in digital fabrication and who collaborates with other experts to build an ideal team for each project he undertakes (he is now looking for a WebGL coder, by the way). These projects are varied and fascinating. Along with the Moon Ring and the partnership with a global jewelry manufacturer to identify all the possibilities afforded by additive manufacturing in the field, one of his most interesting projects is the modeling of 30 coffee cups in 30 days, making a new one available for purchase every 24 hours, 3D printed in glazed ceramics by Shapeways. 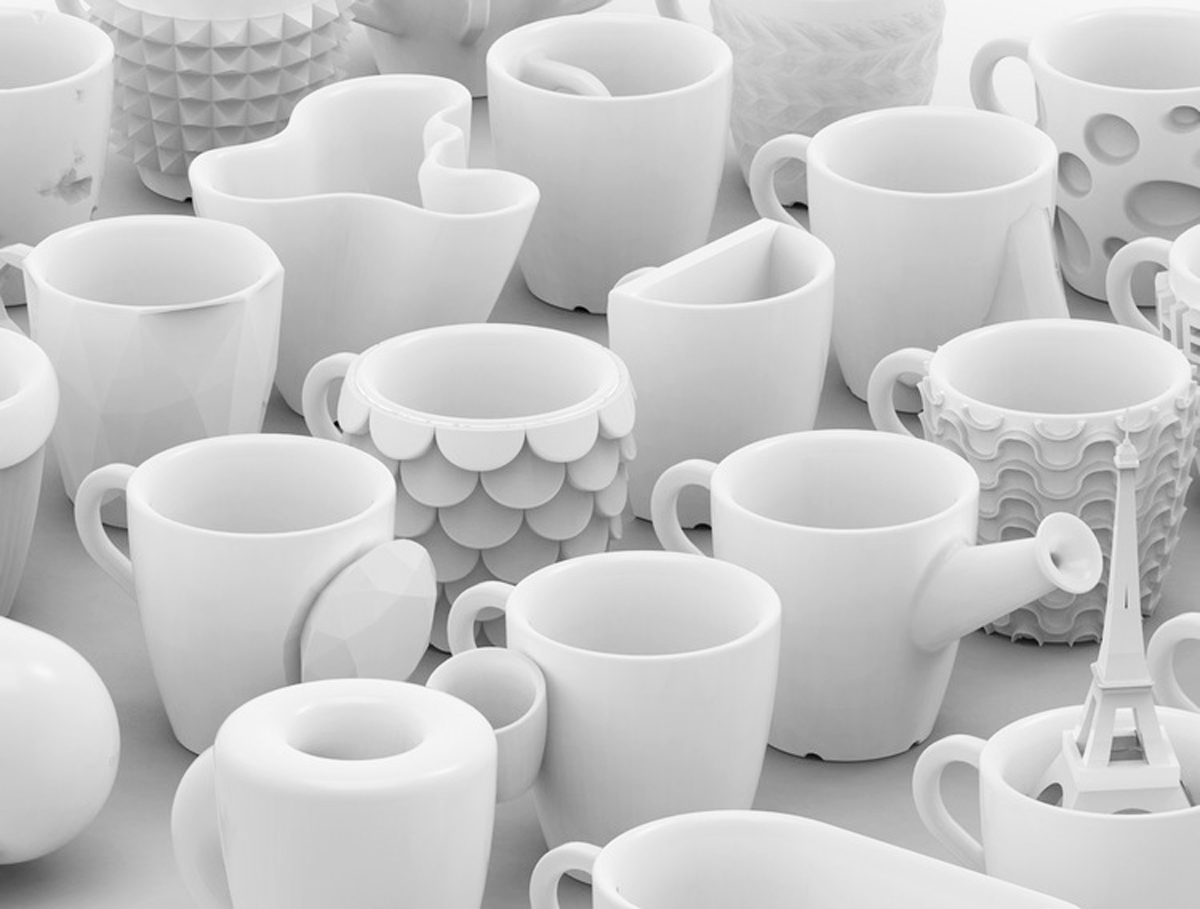 The cups range in price from around 30 to 60 euro, but – back in 2011 – Cuni had made his Octocup design open source and downloadable free from Thingiverse. Perhaps these will also one day be shared: I drink between 3 and 4 cups of coffee a day so 30 different cups would be just be enough for one week but they would run me well over €1000.

Still 3D creativity is limitless and another interesting project by Cunicode has very little to do with the previous ones: CrayonCreatures lets people send their children’s drawings to transform them into full colour sandstone 3D printed sculptures. The idea is not entirely dissimilar from the service the american network WhiteClouds.com has been offering since early 2013. The main difference is that while WhiteClouds lets you select from a range of pre-designed drawings resembling your child’s “style”, Cuni and his team take any drawing submitted and turn it into an original 3D sculpture.

In just a few webpages I felt like I went from the moon to a child’s imaginary world. This is creativity at its best. A bit like going from the Barceloneta to Gaudì’s Park Guell.