Joel Gibbard’s Open Bionics is certainly making quite a name for itself with the inspiring success of its low-cost 3D printed robotic prosthetic hand. In December last year, the company won the prosthetic innovation award at the Limbless Association Prosthetic & Orthotic Awards. In January this year, it won the ‘Best Product Innovation’ award at Computer Bild’s CES 2015. In February, it made the Robotic Business Review (RBR) top 50 innovative companies in the robotics ecosystem for its groundbreaking work; the Bristol-based startup being listed alongside giants like Boeing, Bosch, Google, Siemens, Fanuc and Honda, to name a few.

In March, it was among the 25 shortlisted in the Inclusive Technology Prize with the winners to be announced this June. Now, Open Bionics has also been shortlisted in the Accessibility Award category with their lead designer, Vitória Maurício, one of the four in the running for the Young People’s Award, at the Tech4Good Awards 2015. The winners for the Tech4Good Awards 2015 will be announced in mid-July with voting open until 30th June. To vote for Open Bionics and Vitória Maurício, visit their respective Vote page, follow the competition’s twitter account and tweet using the hashtag #T4GOpenBionics or #T4GVitóriaMaurício.

One of the key factors in the success that Open Bionics has achieved is their commitment to developing their prosthetic hand by learning from and collaborating with the disabled. Their hand, first used as a prosthetic by Daniel Melville who was born without a right arm, has incorporated feedback from disabled users to improve its design and functionality. The open-source design is arguably the most advanced 3D printed prosthetic, available to all. It can be 3D printed in five days or less and costs under £1,000. Vitória, as an anatomical artist and 3D modeler, has also led the way in making the hand biomimetic (more human-like) although Open Bionics has also explored making their hands more like personalized pieces of art because when you can, why not? 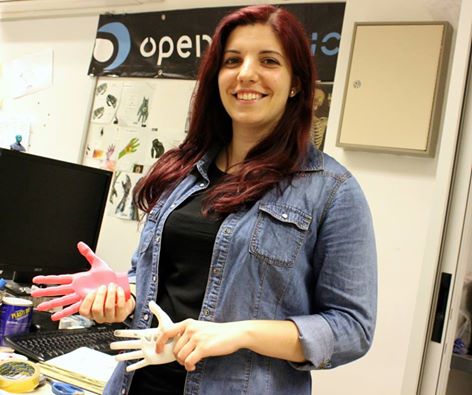 Recently they had Nicolas Huchet, a French amputee who was among the first to work on and develop a 3D printed prosthetic hand (Bionico) for himself, use the Open Bionics hand and help them develop it even further. 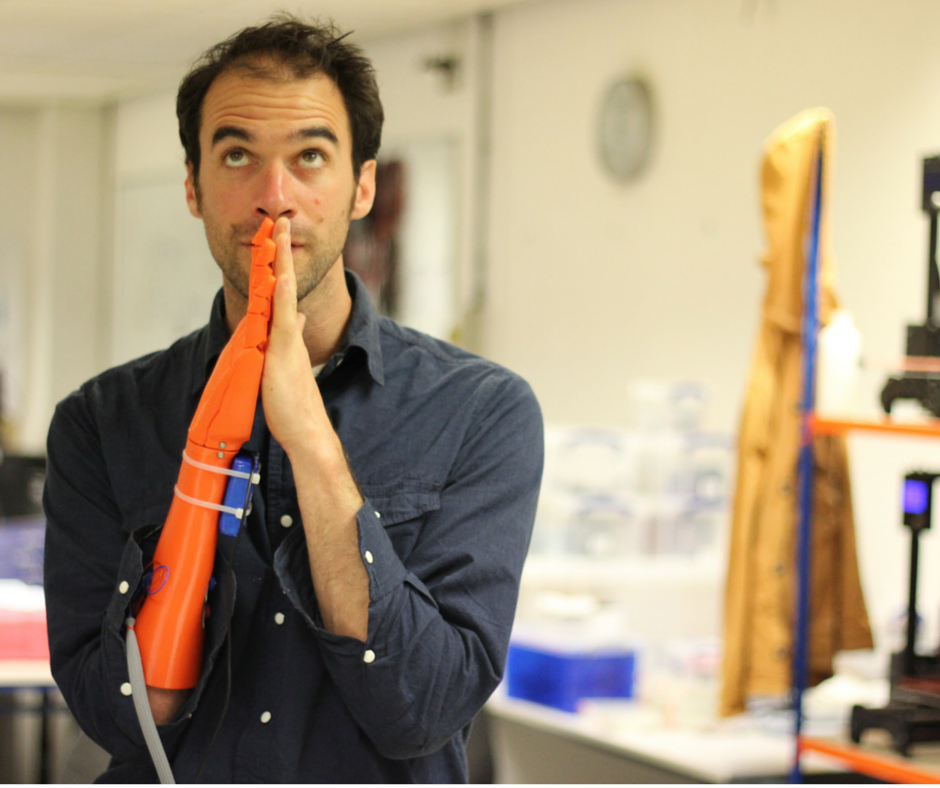 Their work isn’t limited to prosthetic hands and arms either. In a continuing collaboration with Abby Taylor, a researcher from the University of Bristol whose work explores alternative medical casting for broken and injured wrists, Open Bionics developed a 3D printed, custom fit, dual material splint. Speaking about the project, Abby said, “We hope to create an alternative to conventional casting that is often heavy and impractical. We want to improve the wearer’s experience.” 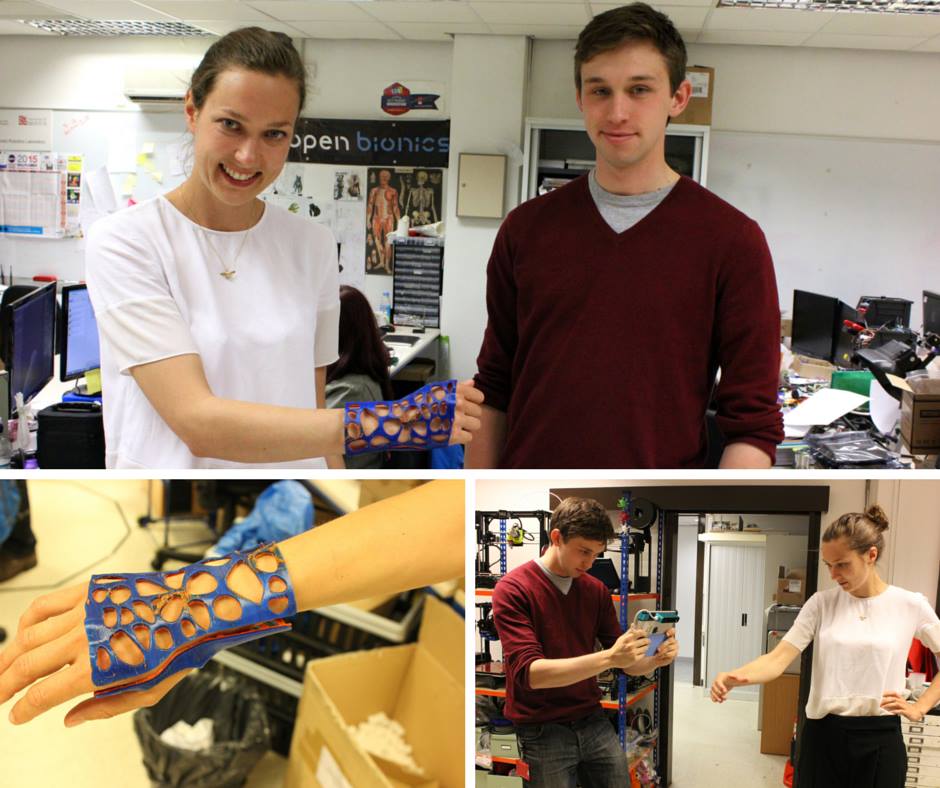 Abby was helped by Jonathan Raines, mechanical engineer at Open Bionics, in this project where the first step was to scan her wrist. The splint model for her wrist was modified using a voronoi pattern and then a dual extruder 3D printer combined PLA and Ninja Flex materials in the design.

While the PLA provides strength and rigidity to the design, the Ninja Flex provides softness, flexibility and also creates a living hinge that patients can use to slip the splint on or off. Incredibly, the material cost of the splint is just £2.