In a library in Nicholasville, the Jones family are making history. They are creating custom made gloves for their athlete daughter, record-holding wheelchair racer, Aerelle Jones. The new Jessamine County Public Library is home to it’s own 3D printing lab and 3D scanner, which are well and truly being used to their full potential.

There is said to be only one other group that is currently creating state of the art gloves like these, which is the University of Illinois, who are a leader in wheelchair athletics, and their business school has a 3D printing lab for their students. It’s incredible to see that a small family is developing such specialised equipment in a library, whilst another group has dedicated labs for these kinds of projects. 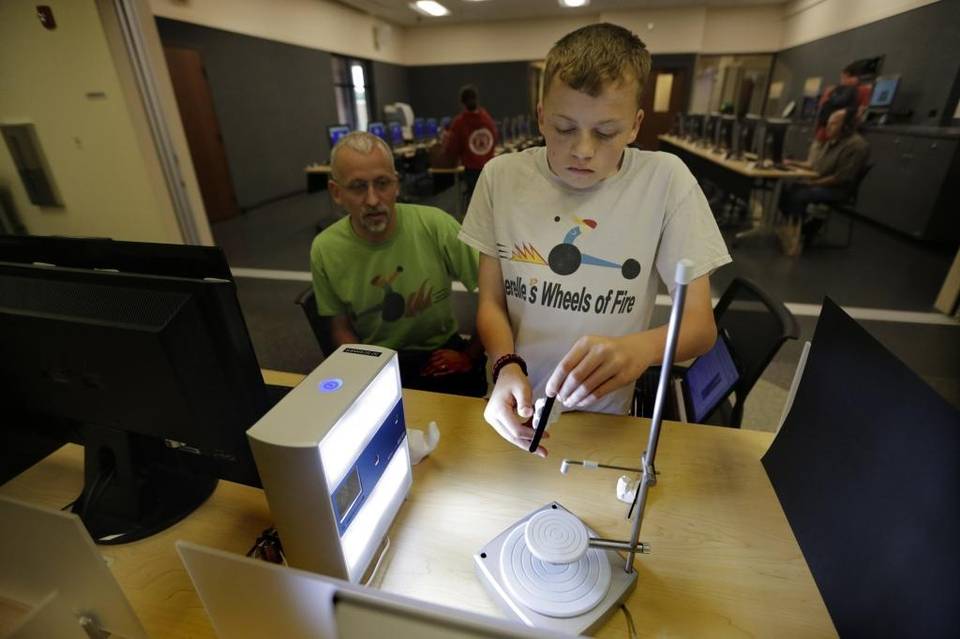 “There are actual 3D-printed gloves that are being used right now in training by the team that is going to Rio for the United States,” said Raymond Jones, her father. “It’s kind of fun to think that here we are in little Jessamine County in a public library and we are working on a project that is being used by the U.S. team that’s going to the Paralympics this year.”

So what have they been up to?

The project, led by Jone’s Father and Garrett, her younger brother started with them taking a cast of Aerelle’s hands for them to take scans of. Taking a cast does mean there is a heightened chance of the finished product not being 100% accurate, though in order to take accurate scans, the fingers had to be removed from the cast and then scanned separately. 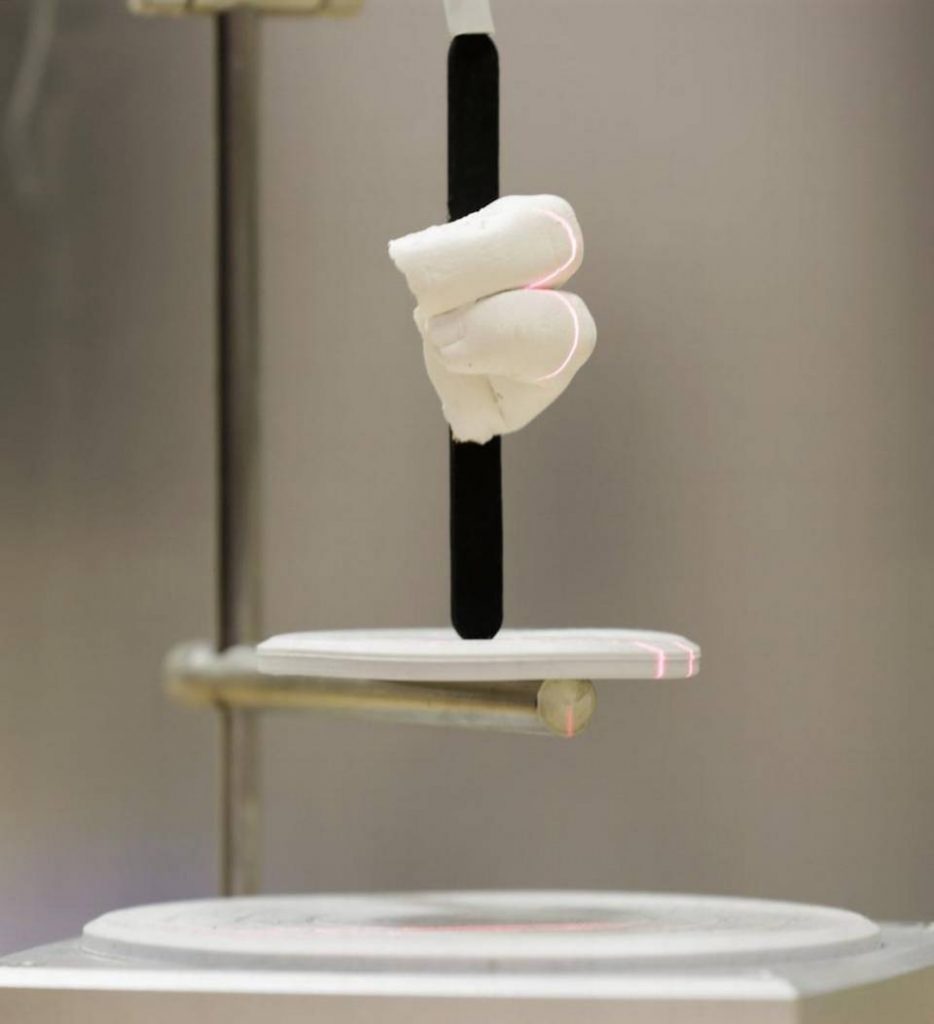 Aerelle had her hand cast in the shape that she holds it whilst using her wheelchair, so they could then model around her hand with it in the appropriate position when the glove is used. This then provided the scanner with a challenge when it came to scanning all the surfaces, so it was appropriate to scan the fingers separately. Obviously this wouldn’t be possible if they had been scanning Aerelle’s actual hand, so the cast was the best way forward for using an accurate reference to model around. The scans were then stitched together, then modelling continued from there.

Seems like a heck of a lot of effort, but it was worth it to keep that pin point accuracy required to make such specialised pieces of kit.

In push-wheelchair racing, the speed of the athlete depends on both the strength and the efficiency of their movements. In order to move forwards, the racer wear gloves which hold a strike pad, and the strike pad is used to hit the rim of the wheel in a forwards direction. This pushes the edge of the wheel and rolls it forwards, therefore moving the chair forwards.

Both the University of Illinois and the Jones’ family, as well as the U.S. Paralympic team want to rely more on 3D printed gloves and other pieces of equipment, as 3D modelling and printing allows for parts and equipment to be customised to fit an individual. Paralympic athletes in particular have needs that can differ drastically between each of them, so simply providing different sizes and general variations of equipment simply isn’t enough for these professionals. Material choices for 3D printing can also be created to be lighter than existing equipment as well as printing the materials themselves in a way which makes them lighter. Less weight means less to weigh down the user. 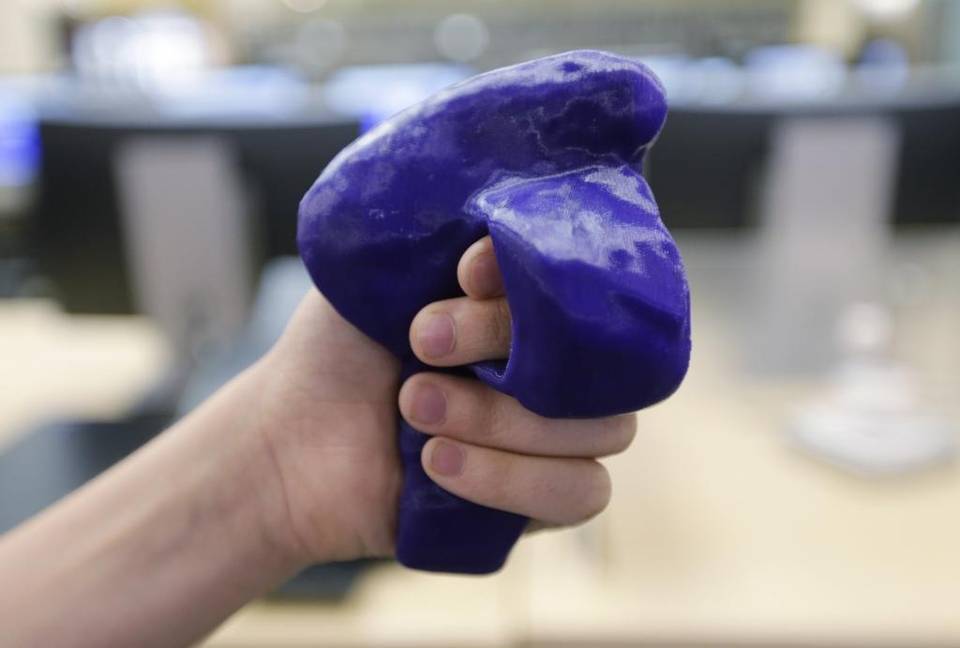 “When you consider that you’re taking your hand and you are stretching it way behind your back and then bringing it all the way to the rim thousands of times per race,” Raymond Jones said, “that lighter glove makes it easier. The second is that there’s not give in (a custom-designed) glove, so you are applying more force to the rim.”

Arielle Rausin, a University of Illinois student came up with the idea of 3D printing gloves for racing, which are printed in a material called PLA, which is around  third lighter than other gloves currently on the market. The Jones family has taken this approach one step further, by creating and using a replica of the hands they’re creating the gloves for, so it doesn’t matter how irregular they are.

The ultimate goal for the Jones family is to come up with a faster way of scanning and creating custom gloves that are accurate to the user, and hope to partner with Illinois University to help make these gloves more accessible to those who need them. With a smart family who are close to a wheelchair athlete and a possible partnership with a university, the future of this project is looking very promising!