Are You Ready to 3D Print Your Own Clothes?

Danit Peleg’s final design project at Shenkar College of Engineering and Design in Israel was a 100% 3D printed fashion line inspired by Eugene Delacroix’s 1830 painting ‘Liberty Leading the People’. Peleg was inspired by the ‘revolutionary’ idea that someday people might be able to print ready to wear fashion on the go. Freedom—from luggage?  Someday Peleg’s vision may very well become a reality, but, for now, she must continue charging ahead with her 3D printed Tricolor into the world of fashion design. 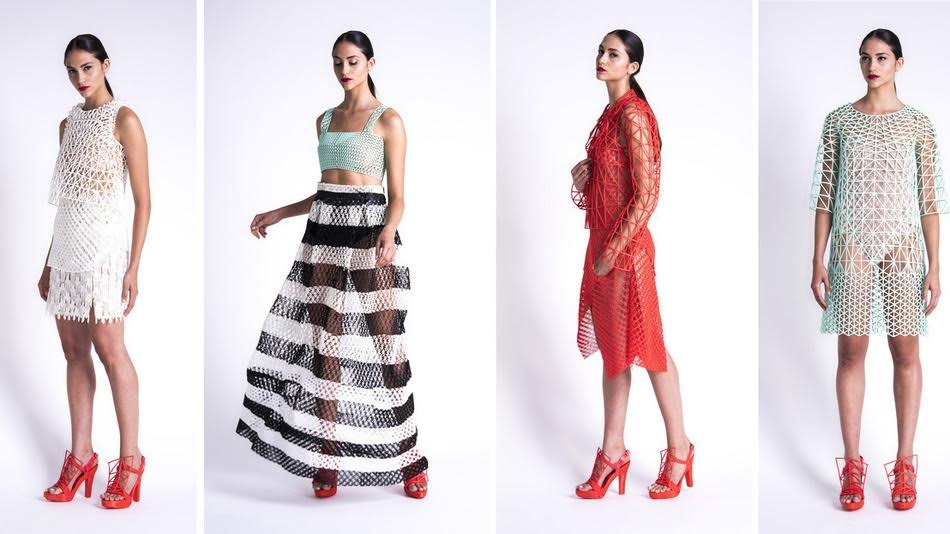 While in the future we might be able to print our evening clothes while we go for a dip in the hotel pool, right now it still takes a lot of time and effort to achieve wearable 3D prints. Peleg had little to no experience with 3D technology when she began her project a year ago. She spent 9 months researching and a total of 2,000 hours 3D printing the textiles for her garments.

In a recent interview with Mashable, 27 year old Peleg said “I wanted to challenge myself to print the entire collection using home 3D printers. To be honest, I also wanted to have the freedom to make my own textiles as opposed to depending on what I’d find on the market.” 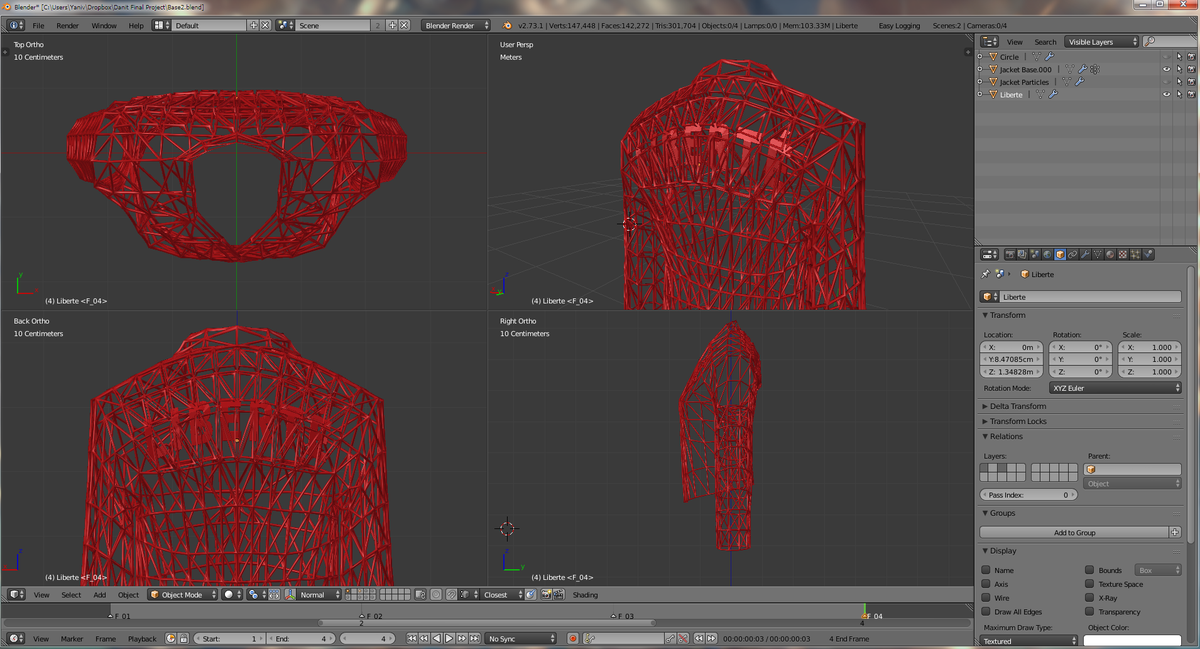 The maker community welcomed her with open arms, particularly the XLN community and a local Tel Aviv tech lab, Tech Factory Plus. They introduced her to several home 3D printers that might work for her project, including a MakerBot, Witbox and Prusa. They also showed her several different kinds of filaments that she might use. Eventually she decided that the Witbox worked best for her printing needs, and that is the printer she used to print all 5 outfits in her collection.

Finding a flexible PLA based filament proved more difficult. On her website, she explains, “I spent a month or so experimenting with PLA, a hard and breakable material. I was not getting very far because the material is inflexible, which is the key property of a ‘real’ textile. The breakthrough came when I was introduced to FilaFlex, which is a new kind of filament; it’s strong, yet very flexible.”

By this time Peleg was ready to go. She printed her “Liberte” jacket first, which she sketched and designed using a software called Optitex. After she had her design she made a 3D model of the jacket with Blender. 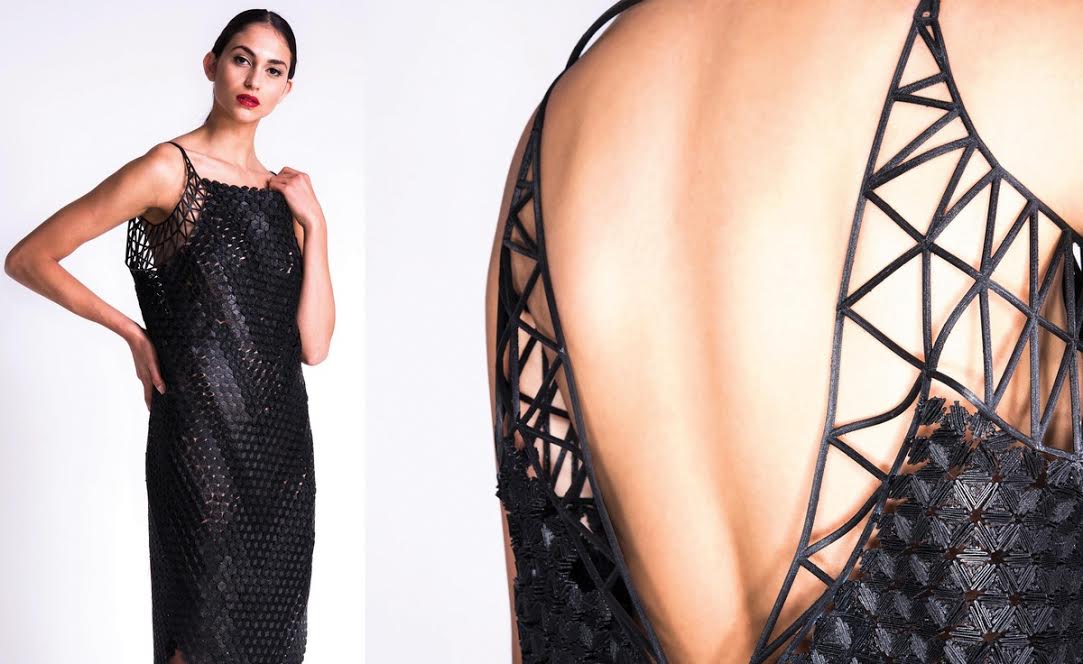 When she began thinking about how to design the other pieces in her collection, she was inspired by Andreas Bastian’s Mesostructured Cellular Materials  and created different patterns to develop a lace-like textile for her other four garments.
Peleg says that each piece took about 400 hours to complete from the idea to the final result, a lot more time than a dip in the pool would permit. But, she is very hopeful about the use of digital fabrication and 3D printing technology moving forward in the fashion world.  She says that she hopes that the technology “will help democratize fashion and give designers more independence in the creation process.”