The widespread adoption of 3D printing has contributed to create many new professional figures and artistic experiences that have never existed in the past. One of these is the “Sculptor de Voix”, or voice sculptor. This is Gilles Azzaro‘s profession and, while his experience has evolved over many years, he rose to fame by creating a 3D printed sculpture based on Barack Obama’s State of the Union address. In that speech, the US president spoke for the first time about 3D printing as one of the opportunities to seize to provide for America’s future. Now, Gilles has come up with another voice sculpture depicting a very different voice, although no less unique and important: a baby’s first cry. 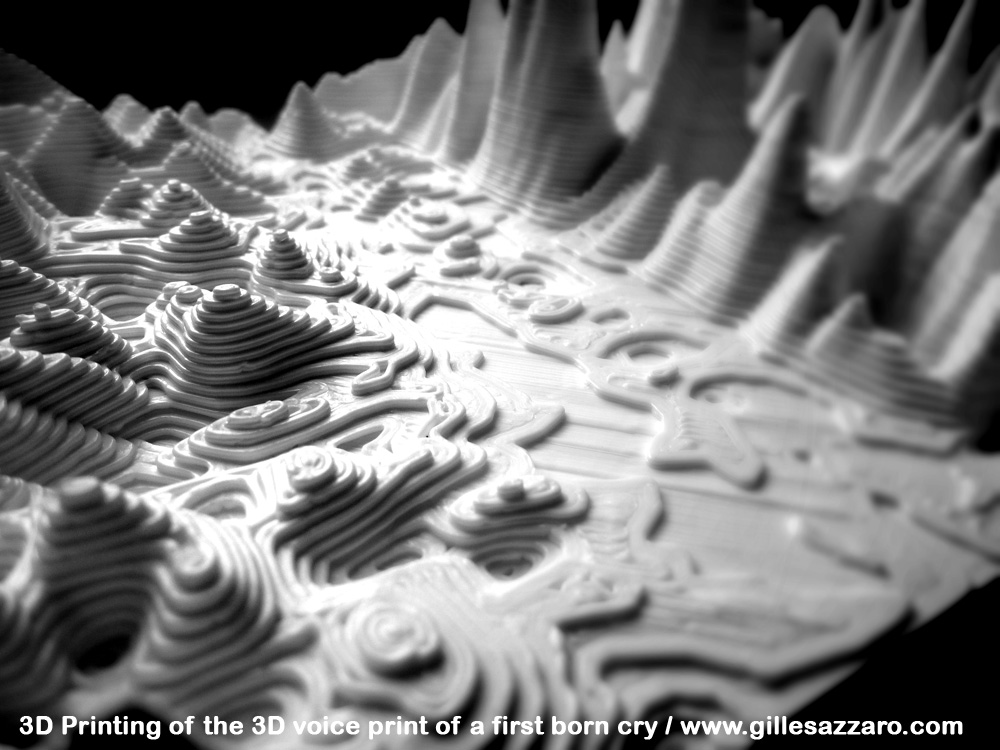 The 3D printed sculpture, which was unveiled with a video on YouTube (see below) is a three-dimensional representation of the three first cries after the birth of Gilles Azzaro’s best friend’s son. “it is a unique specimen – as each voice, each life,” said Azzaro.

The 20-hour print to create the sculpture was carried out on Azzaro’s RepRap 3D printer and truly gives us a completely different view of what the sound waves of a baby’s cries actually look like in three dimensional space. Dozens of thickly layered hills and peaks alternate in the roughly 20 x 25 cm area it occupies.

“This sculpture is the physical representation of the birth of one voice – the first cries of a human that become tangible by 3D printing,” Azzaro explained. Creating his profession as a voice sculptor is not something that happened casually and he gives each one of his works a lot of thought. He began began investigating the invisibility of sound and how sound moves through space in 1993, when he entered the IRCAM institute for science of music and sound.

He has since set out to devise a system for materializing sound as if sound was in fact visible. The project intensified and, in 2006, he received the IP “Matérialisation Tridimensionnelle en Déplacement de Formes Sonores / et ou Vidéo dans l’Espace”. 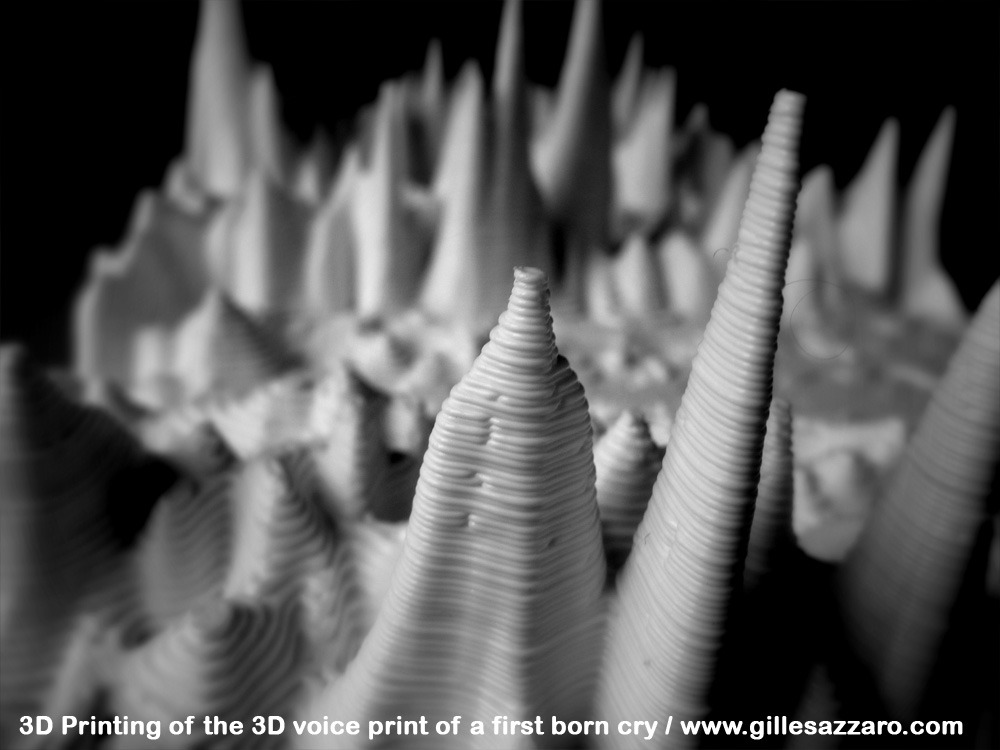 In 2012, he created his first voice sculpture using the words that are the basis to his research activities: “Pas une personne ne chante comme une autre, on peut comparer la voix aux empreintes digitales”, or, translated into English, no one person sings like another, a voice is like a fingerprint.

While the Obama voiceprint brought him more international recognition and even a meeting with the US President, this latest work may be even more in line with his artistic research, since no voice is as unique as a newborn’s first ever cry. With 3D printing this unique sound can become solid and exist through both time and space. 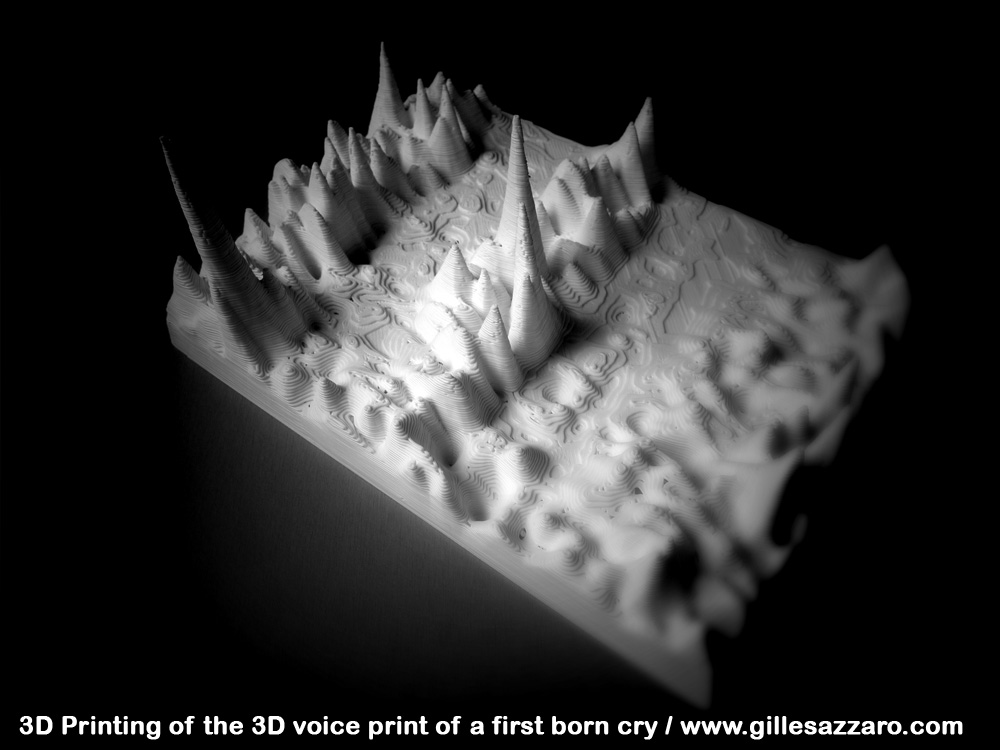