As many rave about the development of innovative technologies and machines, they could also be the silent killer of many types of jobs.

We all know of the controversial use of low-skilled cheap labour, but soon many of these workers could have no jobs at all. Just imagine one day being told your place in a company has been replaced by a machine.

This slow takeover of automated systems in manufacture has been happening for some time, though recent developments in 3D printing, body-scanning technology, computer-aided design (CAD), wearable technology, nanotechnology, environmentally friendly manufacturing techniques, and robotic automation could spell disaster for workers who would be left with nothing.

A new report warns that the majority of Cambodia’s garment sector workers could lose their jobs within the next twenty years, as innovative technologies and automated systems replace low-skilled labour.

The biggest motivation for this move from human labour to machine work was the very reason why these workers got the job to begin with. It’s cheap.

Automation, in fact, is even cheaper, and in most cases faster.

You don’t have to pay a machine a wage. You just pay to maintain and power it.

A study was conducted by the International Labour Organization (ILO), which found that 88% of Cambodia’s textile, clothing and footwear workers were at a high risk of being replaced with automated machinery. 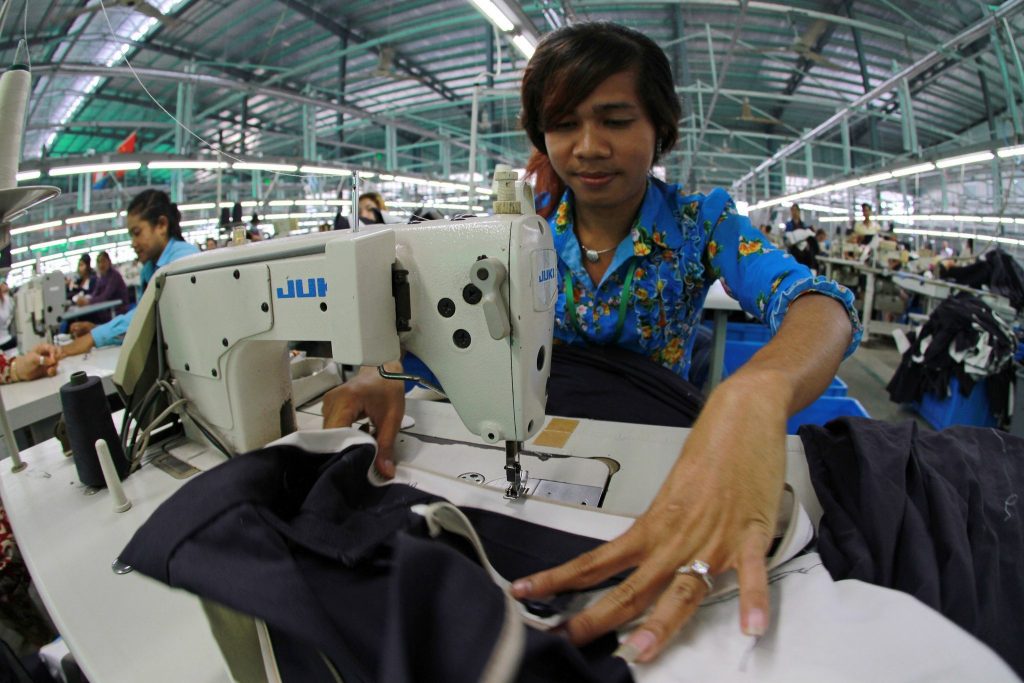 Automated cutting machines and ‘sewbots’ are set to rise in deployment according to the report, which are unlikely to displace workers in ASEAN nations, though it is said that they’ll be put to work in places such as China, Europe and the US.

Unfortunately for Cambodia, this could mean that workers there could be left out of a job. This is particularly bad news for the country, as they rely heavily on the garment sector to employ a large amount of their workforce.

“For some countries like Cambodia, where TCF production dominates an undiversified manufacturing sector and makes up around 60 per cent of manufacturing employment, the impact will be felt more strongly than others,” the report said.

Kevin Tang, the general manager of All Wintex Garment Manufacturing Corp Ltd, says that it is very obvious that as technology develops, there’ll be less of a need for human labour. Whilst his company is Chinese-owned and also based in China, there are no plans for the work there to become automated. This is based on the fact there are still many limitations to current technologies, so it isn’t a viable option to the company, at least at the moment.

“Right now the machines are not quite good enough [to justify automation] and the machinery is currently very expensive,” he said. “However, if salaries keep rising, it will become preferable to use machines instead [of manual labour.]”

The deputy secretary-general of the Garment Manufacturers Association in Cambodia (GMAC), Kaing Mokia, explained that despite the rise in technology and its applications, it isn’t going to make too significant of an impact on Cambodia’s garment industry, as it is particularly labour-intensive.

“I think the new technology will help to replace manual work to some extent, but not entirely,” he said. “It cannot fully replace the work of people and there are still many roles that require people.”

Even though the prospect of  wage-free labour that machinery offers seems particularly attractive to many, he says the garment industry in Cambodia would still remain cost-competitive and therefore more attractive to investors, so long as the government keeps a good investment climate going.

“If our investment environment remains good and we can negotiate free trade agreements with major countries, our garment industry will continue to be a source of jobs,” he said. 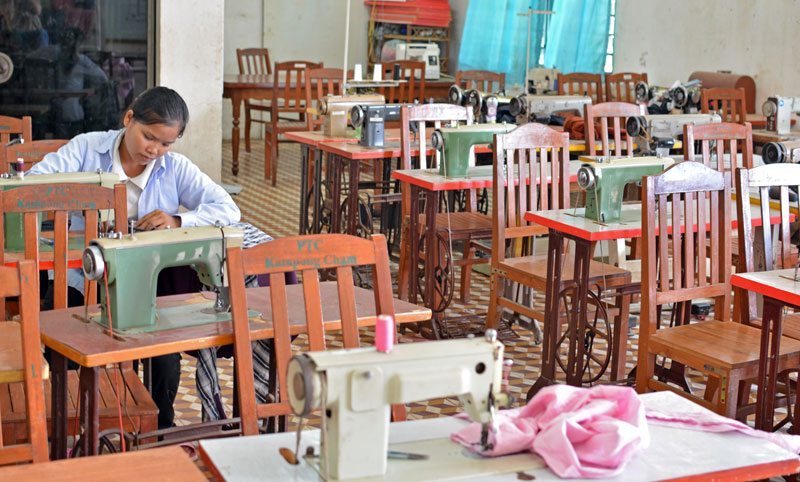 However, the vice president of the Coalition of Cambodian Apparel Workers Democratic Union (C.CAWDU) brings an important point to the table, saying the ILO report shows the danger the factory workforce of many countries face at the potential of automated systems taking over human labour.

“The figures in the report show how dire the threat is workers,” Atith said. “If factory owners use machines to replace workers . . . and the government does not take timely action to control it, then this [automation] will create a lot of social issues.”

In the light of this worrying news for low-skilled workers, Mey Kalyan, a senior advisor to the Supreme National Economical Council, said that Cambodia should upgrade the skills and productivity of their workforce. Humans can learn different skills far more easily than a machine can, and this could help keep human labour as a top choice for investors.

“We cannot avoid the evolution of technology, so we have to be ready and improve the skills [of workers] so that they are flexible to the demands of industry,” he said. “Cambodia’s workforce is still young and we have time if we start now to adjust the education and vocational system to get the desired outcome.”

In this day in age, its becoming increasingly common that humans are competing with machines over work. Who knows how automated the labour work forces of the future will be, and how this will affect the masses.