Now going on their fourth year in New York City, Inside 3D Printing has been one of the most prominent 3D printing conferences around, featuring well-known keynote speakers and companies from across the entire industry. Organized and produced by Rising Media Inc., Inside 3D Printing will be taking over the Javits Convention Center from April 10-12, co-located with Rising Media’s RoboUniverse and Virtual Reality Summit. The conference will focus on four key facets of the 3D printing industry – Business, Manufacturing, Medical, and Metal – and feature in-depth, expert-driven discussions on the technological advancements, challenges, and new applications in regard to each of the four aspects, showcasing a strong sense of growth in 3D printing for B2B and industrial applications. 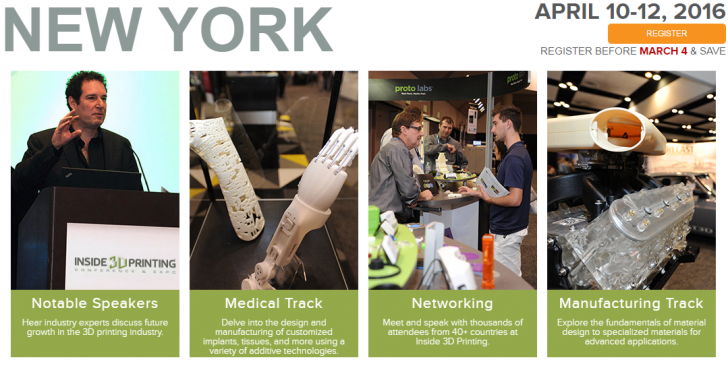 “This year we tried to create a program that gives attendees a taste of some of these new business models as well as a glimpse of new technologies just around the corner,” said Hod Lipson, Columbia University Professor and Inside 3D Printing Conference Chair. “It’s great to see all the predictions being corrected upwards.” 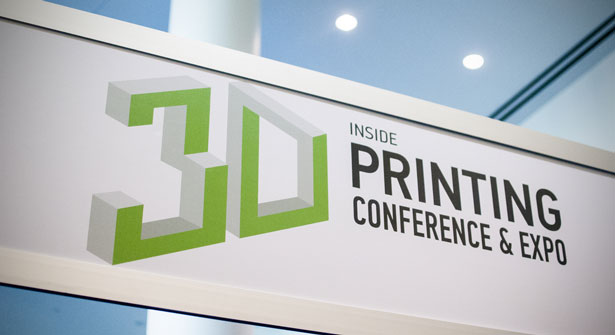 In addition to announcing the four industry-minded themes that Inside 3D Printing Conference & Expo will take on, Rising Media Inc., has also unveiled the first five standalone keynote speakers, pulling in influential and knowledgeable individuals from every corner of the industry. Here they are:

In addition to the standalone keynote speakers, Inside 3D Printing New York will also host a panel discussion entitled “The Future of Metal AM: Delivering on the Promise”, which will feature Ric Fulop (Founder of Desktop Metal), Winthrop Sheldon (Sales Manager at SLM Solutions), Terry Wohlers, and will be moderate for Geoffrey Doyle (President of FIT West Corp).

Aside from keynote speakers and panel discussions, there will also be some interactive workshops throughout the entire event, as well as the Asimov Ventures-sponsored Frontier Tech Showdown and over 55 sponsors and exhibitors. Passes for Inside 3D Printing New York are currently available at early bird pricing, which will end on March 4. Having already hit Singapore and Düsseldorf early this year, the Inside 3D Printing Conference & Expo now has their sight set on the Big Apple, and have also confirmed 2016 dates in São Paulo, Sydney, Paris, Seoul, Tokyo, Shanghai, Mumbai, and San Diego.