At the beginning of the year, I published an in-depth interview with Shawn Case, founder of Enterprise In Space. This massive endeavor, an international project of the National Space Society, will send a recoverable spacecraft, to be partially 3D printed by Made In Space, into Earth orbit, carrying over 100 active and passive experiments from students all over the world as well as a link to an AI program back on Terra.  In the process, EIS has been partnering with a list of industrial partners that just keeps growing. Now, EIS has teamed up with the International SunSat Competition to help both projects obtain funding on Indiegogo’s charity platform, Generosity. 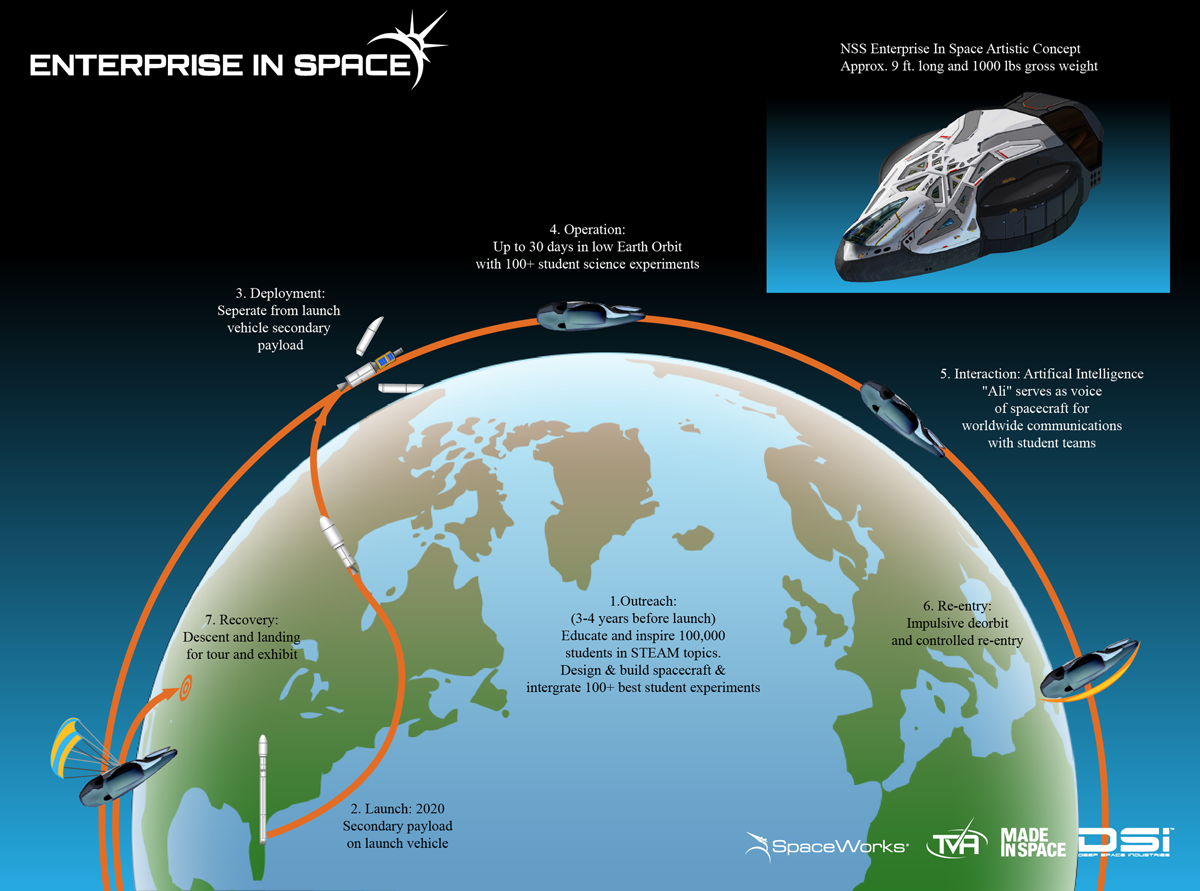 As extensive as my interview with Shawn was, what was discussed in that story was only the tip of the iceberg.  In sending a spacecraft into Earth orbit, EIS is establishing the foundation for the future of space education and the next generation of space technology. In addition to crowdsourcing the design for their NSS Enterprise, the organization will also be hosting student competitions to determine which experiments will be flown above the spacecraft when it’s launched, resulting in an entire online EIS Academy.  In many ways, then, the work of the International SunSat Design Competition mirrors fits perfectly with that of the EIS project.

Open to students and professionals worldwide, the SunSat Design Competition encourages teams to create designs for satellites that could actually collect energy in space for delivery back to Earth. This concept of space-based solar power was conceived of in the 1970s as a means of capturing clean power from the sun from outside of Earth’s atmosphere, without the energy loss that occurs when collecting solar energy back on Earth. Since 2013, the Competition has contributed over $45,000 in funding to winning teams worldwide, increasing awareness around this fascinating source of renewable energy.

The 2016 Competition is currently in progress with financial aid from SPACE Canada, as well as support from the Ohio University Foundation and the National Space Society.  This Generosity campaign will see the funds divided equally between Enterprise In Space and the SunSat Competition, sending students, volunteers, and staff of the Competition to the International Space Development Conference in Puerto Rico, where finalists will present their designs to judges.  It will also lead to a year of support for EIS, as they launch their first round of experiment design contests.  And, as a result of their partnership, the SunSat Design Competition will provide assistance in the upcoming student design competitions for EIS, as well as support for the non-profit’s Enterprise Centers for Excellence.

Kyle Perkins, Manager of the International SunSat Design Competition, comments on the partnership between the two, “I have been inspired by space for as long as I can remember. The thrill of the unknown, the cycle of setting and breaking the limits of our own imagination and ingenuity, the desire to reach for the stars; these themes have shaped my life. I am a passionate educator because I want others to look up at the sky and see in it their potential for greatness. This is why I have united with Enterprise in Space to support education through student-led spaceflight. Imagine how a student would feel to design an experiment, watch it carried aloft on a column of light, and share its results with the world! With your help, that vision can become a reality. Thank you for your support, from the bottom of my heart.” 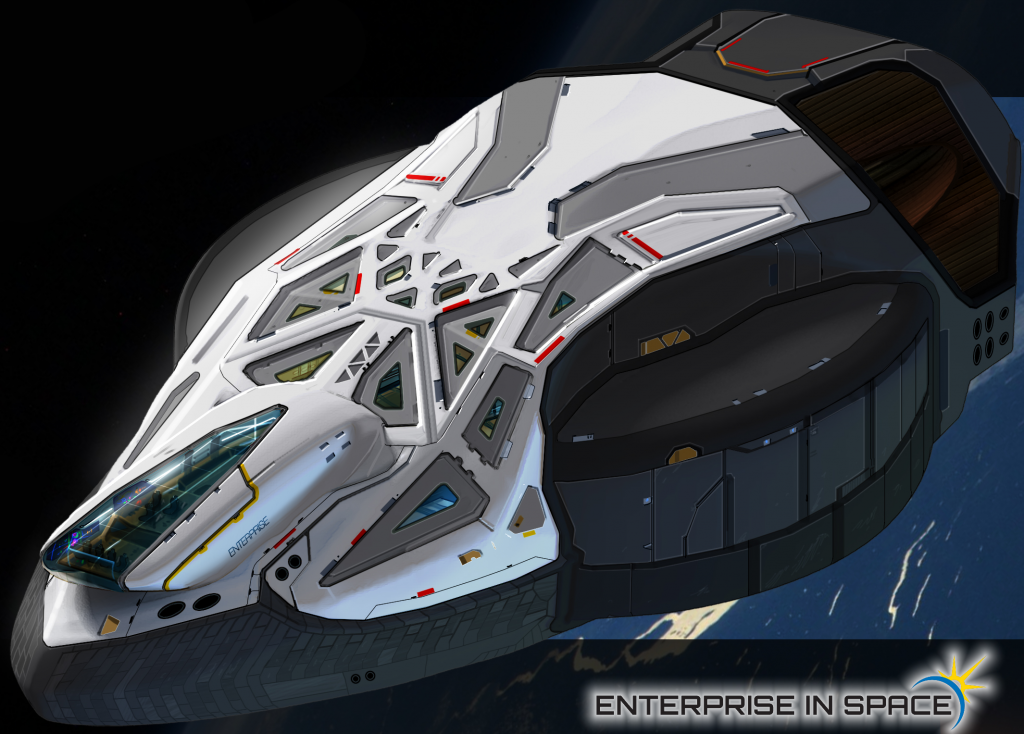 The campaign is only asking for $10,000, a relatively small amount considering the potential of these two projects.  On the one hand, the SunSat Competition is galvanizing the design of powerful technology, potentially capable of replacing life-threatening fossil fuels.  On the other, EIS will not only be able to construct and launch a partially 3D printed orbiter into space, but will also build what amounts to an online, K-university curriculum dedicated to space and STEAM topics.  Though the NewSpace businesses EIS has teamed up with so far, such as Deep Space Industries and SpaceWorks, represent the future of the space economy, EIS itself may represent the future of space education.

Of course, they will need much more than the funds from this Generosity campaign to actually get to space, which is why they’re also seeking individual donations on their own website.  They’ll also need a lot more support, one reason why I’ve joined the project as an unpaid volunteer. The other big reason I’m helping out, though, is that I get to tell my family I’m sending a spacecraft into space.