When it comes to industrial-grade metal 3D printing equipment, Arcam AB and their Electron Beam Melting technology have been a source of innovation for a number of industrial applications. The Sweden-based metal 3D printing service providers even have a subsidiary company, named Advanced Powders & Coatings (AP&C), to further develop premium metal powders, particularly with titanium-based powders, as well as other alloys such as nickel and niobium. Based in Montreal, Canada, AP&C is exclusively invested in manufacturing metal-based powders, and has become a major supplier within the biomedical and aerospace industries. To produce these spherical powders, AP&C uses their Plasma Atomization Technology, which creates high melting point and reactive materials such as titanium, nickel, zirconium, molybdenum, niobium, tantalum, tungsten and their respective alloys.

As the demand for high-quality metal powders continues to grow, so does the number of AP&C’s atomizing reactors, which are used to create their reactive metal powders. Previously possessing five total powder reactors, AP&C has just announced the addition of three newly built reactors, which will greatly expand upon the manufacturing capacity. The announcement is a sure sign that metal-based additive manufacturing is on the rise, in fact, AP&C believes that with the new reactors, they will reach a capacity of at least 500 tons every year. Now that’s a lot of titanium powder…

“The need for high end titanium powder is driven by the fast growth and adoption of Additive Manufacturing,” said Magnus René, the CEO of Arcam AB. “Arcam is determined to serve the industry through cost efficient solutions thus converting traditional manufacturing into Additive Manufacturing. A requisite is to offer highest quality powder for production at competitive cost.” 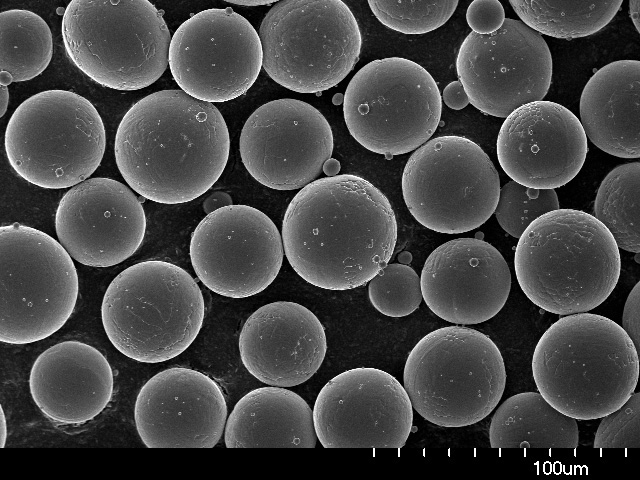 Already a staple in the biomedical and aerospace industries, AP&C is focused on satisfying the needs of both their current and future customers, preparing for a big rise in the use of their metal powders. Their newly built reactors will help with the need for the increased capacity that AP&C President, Alain Dupont, feels is right around the corner. “With the new reactors and atomizing technology advancements, AP&C will triple production capacity in 2016,” Dupont said.