Nascent Objects is a really unique company.  When we wrote about them last July, it was hard for me to wrap my head around them as a company that offered rapid electronics manufacturing through a drag-and-drop module designer and circuitry 3D printing. The company has since continued to evolve, creating an entire modular marketplace already populated with consumer electronics.  On their site, you’ll see concepts for complete products, like a baby monitor and a garden sensor, but you’ll also see individual electronic components, like a camera, a motor, and GPS unit.  Though their consumer products have not yet been made, Nascent Objects has just launched an Indiegogo campaign to produce their first one: the Droppler, a water monitor to track water consumption.

The Droppler implements several of Nascent Objects’ modules to track water usage in real time.  The microphone module captures the sound of running water, while an LED strip slowly drains over the course of the day as you let your water run. This is all powered by the Main processor module, which streams data to an iOS or Android app to analyze water consumption over time. Then, when you’re not tracking your water consumption, you can switch out modules to power your WiFi Nascent speaker or HD video camera. And, because it does not require being installed inside of a sink or shower, the Droppler does not risk water damage.

Dr. Jiaying Zhao, from the Institute for Resources, Environment and Sustainability at the University of British Columbia, recently conducted a study suggesting that awareness of resource use can lead to greater sustainability. He says,  “One of the most effective ways to decrease consumption is surprisingly simple. Making the resource itself visible can substantially reduce consumption. A product like Droppler with its immediate, visual feedback of water use and its ongoing indication of monitoring usage will have a dramatic impact on individual water consumption habits.”

As a means of throwing support behind the sustainability-focused product, Shock Top is contributing $50,000 in funding and marketing for the Droppler campaign as a part of its larger “Shock the Drought” efforts to fight the California drought, driven by the drastic effects of climate change.  This contribution has dropped the price of the Droppler by 60%, leading to a price of just $99.  On top of that, customers are able to get an extra bonus module, a streaming video camera or WiFi speakers, at checkout.

While the Droppler will help you form better water use habits, the Nascent platform will help you reduce the e-waste that results from technology obsolescence and consumption. With their 3D printed circuitry, Nascent is able to construct modular objects that link together, expanding beyond traditional product categories into an ever-changing platform. Rather than purchase individual products for single tasks, modules can be reconfigured and upgraded, thus reducing consumer costs and the amount of e-waste that occurs with multiple purchased devices becoming obsolete. Additionally, the Nascent platform gives consumers greater customizability over their devices, selecting specific, desired modules to suit their need. 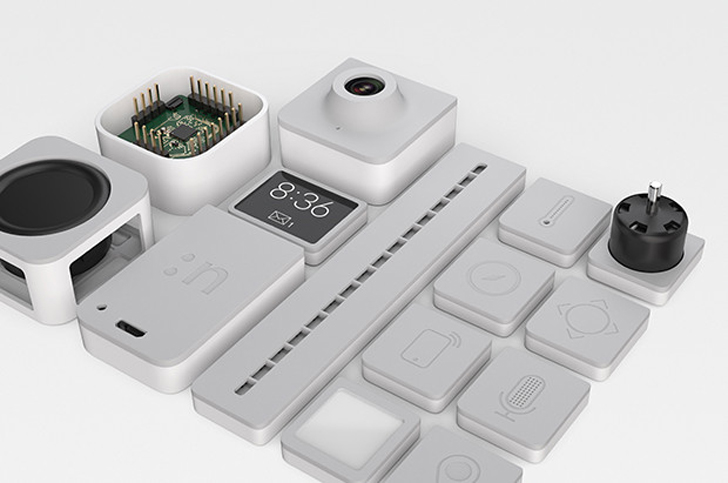 Baback Elmieh, Founder & CEO of Nascent Objects, says of the platform, “With Nascent Modules and Shapes, there are endless opportunities for consumers interested in the coolest consumer electronics available. As effortlessly as I can change the batteries on my remote, I can transform a product from a water conservation device, to a bike computer to a drone. With the Nascent Modular approach, we have entered a new era where consumers don’t have to settle for stand-alone products with predetermined features. Nascent gives users the ability to discover, upgrade and transform products as their needs change without paying full price for a new device.”

Though the flagship Droppler product will be launched by the Indiegogo campaign, the company plans to work on such items as drones and wearables in the future. We may still be waiting for Google to release their modular smartphone, Project Ara, but companies like Nascent Objects are ready to start bringing modularity to the masses ASAP, thanks to 3D printing. And, if you’re a developer interested in taking advantage of this technology, you can contact them to learn more.