After the release of the huge success of the 3Doodler on Kickstarter, it’s not surprising that others have come out of the woodwork to develop their own FFF pens, including the swisspen and a sort of generic model being sold at iMakr. On Indiegogo right now is a new iteration of the FFF pen called 3Dsimo. 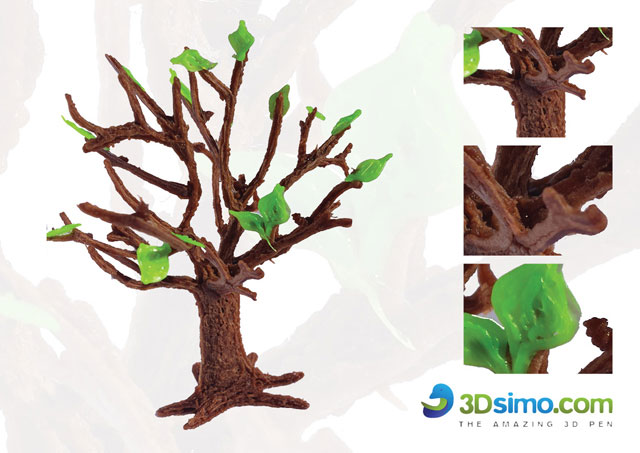 Like the 3Doodler, 3Dsimo extrudes plastic so that users of any skill level can either trace stenciled designs to assemble more elaborate sculptures or draw as they please from a surface up into the air. Unlike the 3Doodler, 3Dsimo features an LED screen that gives you the ability to alter the pen’s temperature and speed so that you can use a variety of filaments. By optimizing these settings for your material of choice, you can print, in addition to ABS and PLA, water-soluble PVA, nylon and wood filament. This gives the 3Dsimo a significant advantage over its competitors. 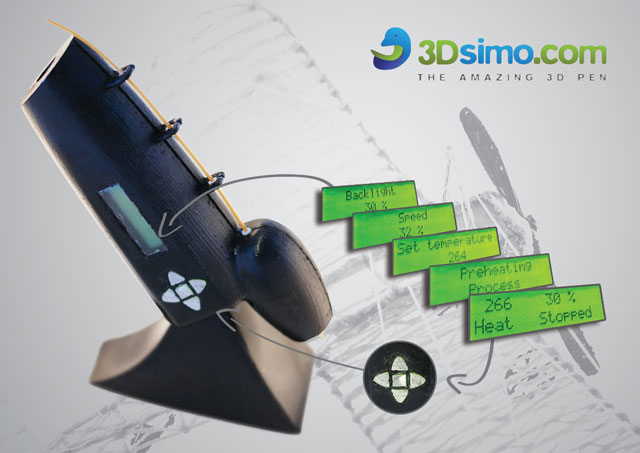 The 3Dsimo weighs 180 grams (about .4 lbs) and is 170 mm long (about 6.7 inches) and extrudes 1.75 mm filament. Early backers can receive the pen for $75, which is estimated to start delivering in February. The pitch video is below, so you can decide if you’d like to back their campaign.

One of the benefits of the 3Dsimo, and its counterparts, is that, not only can it be used for design purposes, but also to repair plastic parts, such as unfinished 3D prints or chipped smartphone covers. They also seem like great entry-level devices that could get novices into 3D printing. If only it shipped before the holidays!