3D Printing Gets its Finger on the Pulse of Thumbprint Scanners

As we move forward into a dystopian future, polluted with mistrust and insecurity, in which we must scan our thumbs at to get access to our refrigerators, new fingerprint recognition technology will need to be tested and assured for quality control.  A faulty fingerprint scanner can’t let just any thumb get access to your synthetic milk; it has to be your thumb.  Anticipating the quality control of such devices, researchers at Michigan State University (MSU) and the National Institute of Standards and Technology (NIST) have come up with a 3D-printed method for testing fingerprint scanning devices. 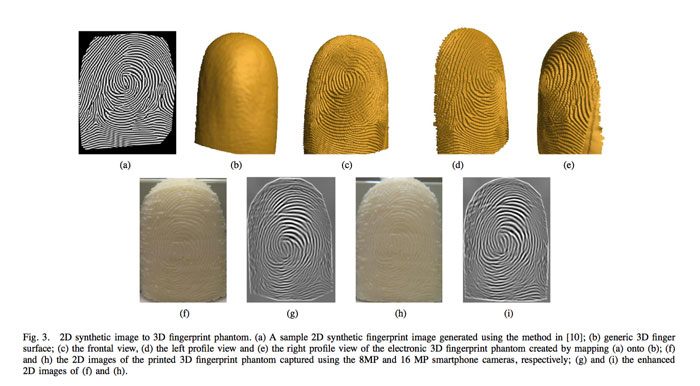 Currently, there are ways to test the ability of a fingerprint scanner to detect a thumbprint and match it against a registered key.  So, before “criminals and immigration violators” can be caught “crossing the United States border by the Office of Biometric Identity Management Identification Services (formerly the US-VISIT program)”, the scanners must be tested for quality control.  This is done using a “synthetic fingerprint” printed in 2D using “synthetic fingerprint generators”.  Sorry for all of the quotes, but I thought they emphasized how much our present sounds like a bad sci-fi novel.  Anyway, these synthetic 2D fingerprints can only test a limited range of fingerprint scanners.  Touchless fingerprint sensors have been “gaining in popularity”, according to the report, and the 2D false fingerprints don’t do an adequate job of testing the False Accept Rate of such devices. 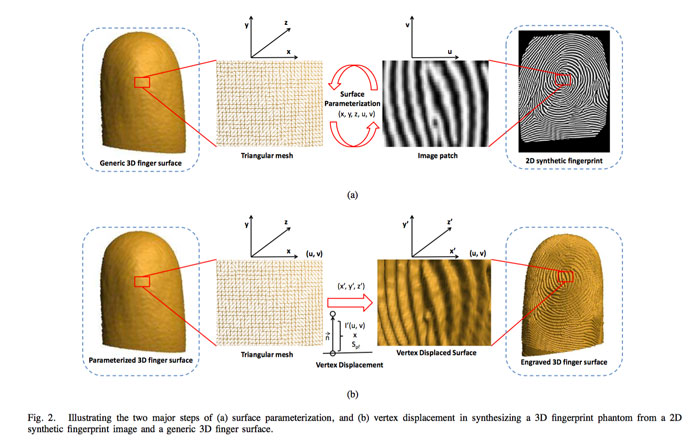 In steps 3D printing.  The team took the 2D fingerprints typically derived by the algorithms of their synthetic fingerprint generators and mapped them onto blank, 3D finger models.  The researchers would have preferred to print their fingers using soft material (Picsima, anyone?), but only had access to a “commodity 3D printer”, presumably a lower end machine, and were forced to print them in ABS. Because hard plastic wouldn’t register on fingerprint scanners, they weren’t actually able to test their printed fingers on such devices.  Instead, they snapped photos using 8MP and 16MP smartphone cameras and matched them to their 2D counterparts algorithmically.

Though there were some differences between the 2D and 3D versions, the team believes that “method preserves the ridges and valleys during the 3D fingerprint phantom creation process ensuring that the synthesized 3D phantoms can be utilized for comprehensive evaluations of fingerprint systems.” Next, they’ll be enhancing their mapping software, to prevent any discrepancies between 2D and 3D printer fingerprints, as well as teaming up with the Materials Measurement Science Division at the NIST to determine the proper material with which to print their next set of fingers.  That gives us a few more years before your next fridge has a thumb scanner on it.